Posted By: TechNation Development Teamon: May 24, 2021In: Biomed 101, Magazine, The Bench
Print Email 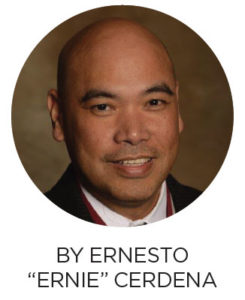 Considering Derek Chauvin’s guilty verdict in the death of George Floyd, many Americans expressed their opinions on racial injustice and inequity problems in our country. According to U.S. Attorney General Merrick Garland, “racism” is an American problem. Further, “it’s plain to me that there has been and remain discrimination against African Americans and other communities of color, and other ethnic minorities.” The George Floyd death and murder trial conspicuously illustrate racism and hate, and continued challenges in the American justice system.

Equally important, hate crimes against Asian Americans and Pacific Islanders are increasing at a higher rate and frequency. In February, 61-year-old Filipino Noel Quintana was attacked with a box cutter while riding the subway in New York City. The assailant freely walked away from the scene, while the elderly victim cried for help. Another victim of a hate crime was a 65-year-old Filipina who was kicked and stomped on the head multiple times along with being told “you don’t belong here.” Many incidents like these go unreported because of the victim’s fear of retaliation. Since the beginning of the COVID-19 pandemic, there have been 4,000 hate incidents which represent a 149% increase over the last year. The outcry prompted the passage of a bipartisan bill to denounce the rising incidents of discrimination and violence against Asian communities in the United States.

Historically, the first Asian settlers to America were the Filipino “Luzonians” brought by the Spanish explorers in the late 1700s. From 1800 to 1900, Asian migrants from China, Japan and the Philippines began to arrive in the United States. A few worked as sugar masters in Hawaii, some were employed in California goldmines and others were recruited as transcontinental railroad workers. Further, under the “Treaty of Paris,” the Philippines became a colony of the United States which marked the end of the Spanish-American war in 1898. Asian migration from Korea, India, The Philippines, China and Japan continued to rise in the 1900s for several reasons including a higher education, establishing businesses, forming religious groups and serving in the U.S. Armed Forces during World War II.

In the late 1960s, the U.S. faced a severe shortage of professional medical caregivers, more particularly nurses. The need for nurses resulted in the recruitment of Filipino nurses at a rapid pace. The high demand for nursing opportunities in the U.S. prompted many Filipinos to select nursing as a career, graduating as many as 20,000 nurses annually. In 2004, the U.S. Embassy in Manila issued a working visa to 7,994 Filipino nurses. To date, 512,000 Filipino nurses have migrated to the U.S. This represents 28% of the total number of Philippine immigrants.

Amid the COVID-19 pandemic, Filipino registered nurses worked double and triple shifts serving as key caregivers for patients infected with COVID-19. Sadly, in March 2021, it has been reported that an estimated 83 Filipino registered nurses have also succumbed to the virus. According to the CNN News, the death of Filipino RNs comprised over 33% of the total nurses who have died of COVID-19 in the U.S. Moreover, beyond the Filipino RNs, there are 1.4 million Asian American and Pacific Islander essential workers including physicians, surgeons, nurses and other clinical support such as medical imaging professionals helping the American people during the pandemic.

Hate crimes and the COVID-19 pandemic pose a significant emotional and mental scarring to the Asian American health care worker population. The 2020 census revealed that Asians comprised 6.4 percent of the population in the United States, in which a significant number were employed as health care practitioners. Over the last year, 31% of Asian-Americans have experienced episodes of hate crimes including, but not limited to, verbal harassment, insults, jokes and unwelcome remarks at work and outside of work. Many of these Asian Americans are health care workers. Personally, I have experienced this more than once, with one insensitive situation being when my supervisor posted “Kim Jong Un” as his background during a Zoom business meeting. A Chinese-American doctor from Boston Hospital was followed by a man in the subway shouting “Why are you Chinese people killing everyone, what’s wrong with you?” In another instance, a 29-year-old Filipino-Chinese anesthesiology resident encountered a man ranting “F— China!, F— the Chinese!, You people eat bats.” According to Ming Liu, Ph.D, a counseling psychologist from University of Maryland Department of Counseling, Higher Education and Special Education, “For the Asian American communities that are experiencing this, it just feels like an all-out assault.” Unfortunately, people are worried about the virus transmission that they associate with Asian faces. Grace Kao, a sociologist from Yale University, explained that “Nothing erases what we look like.” It is evident that people are making an automatic assumption.

While the Asian hate crime victims are risking their personal health and well-being to help keep hospitals running and save lives, it is mentally damaging to face the increasing harassment and blame for the virus pandemic. Many Asian American health care workers feel that they always have to justify their existence. Others have said that racial encounters have affected their ability to focus on their work and that they are not in the best state of mind to help out with patient care.

Dozens of Asian American doctors produced a video entitled “I am not a virus” to speak out and remove the stigma. Others have joined various rallies addressing the Asian hate crimes and bigotry with support from the community. Many believe that the act of coming together to acknowledge the injustice and speak out is what we need to do as a community. Furthermore, other steps that can help address the anti-Asian violence include a) community resources that provide protective networks against attacks and to ensure that there is a fully equipped response group, b) important conversations and dialogues within Asian American communities such as Filipinos, Indian, Chinese, Vietnamese, Korean, Japanese and others working with the Black and Latino communities about the importance of joining forces to address these issues, and, c) use “education” as a long-term strategy to share the long history of Asian-American contributions to the U.S.

Furthermore, it is in our best interest to afford cultural competency training within our teams. Training that can be augmented with targeted techniques to provide a safe space for Asian-American health care professionals.