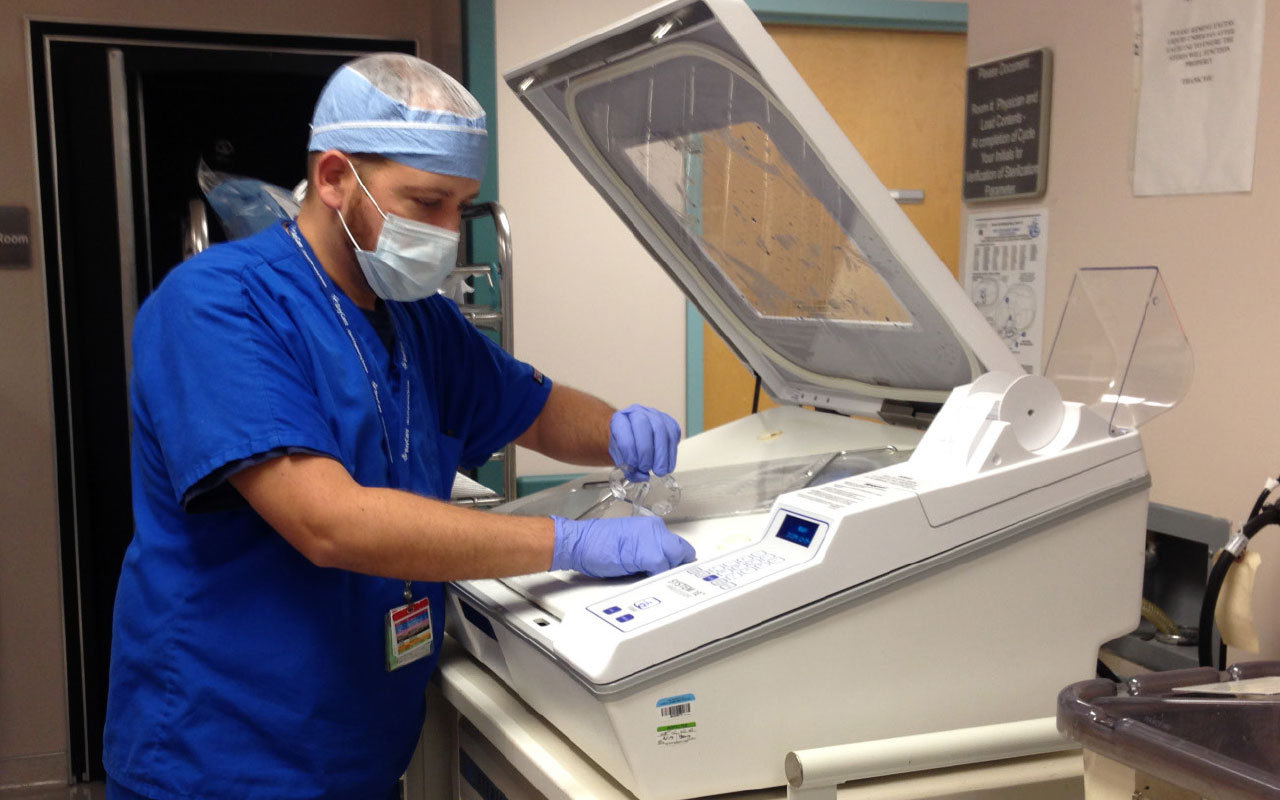 Professional of the Month: Carlos Villafane

Posted By: K. Richard Douglason: March 01, 2015In: Magazine, Professional of the Month, Spotlight

Sometimes the biggest challenge in starting a HTM career has nothing to do with comprehending electronics training or memorizing anatomy.

“My biggest challenge was when I was a student, all of my technology books were in English. So, I needed to improve my English in order to learn electronics and biomed,” says Carlos Villafane, CBET, CET, who works as a BMET III in the Clinical Engineering Services Department at St. Anthony’s Hospital in St. Petersburg, Florida.

“That motivated me to write a biomed book in Spanish, directed to biomed students in 2008,” he says.

Villafane had studied English in school in Puerto Rico, where English instruction starts in the first grade and continues through high school. The problem was that there weren’t any native English speakers around to practice his conversational English with, so pronunciation was always in question.

When he worked for Panasonic in Puerto Rico, the company’s tech support was in New Jersey. That’s when he started to go deeper into English.

“I completed an associate degree in electronics in the early ’90s, and became an electronics technician. After five to six years in the field, I started noticing that the consumer electronic devices started to become ‘disposable’ because it was not cost-effective to repair,” Villafane says. “I started looking for similar alternatives in my field and I found biomed. With my strong electronics background, it was an easy transition for me, and it positively changed my life.” 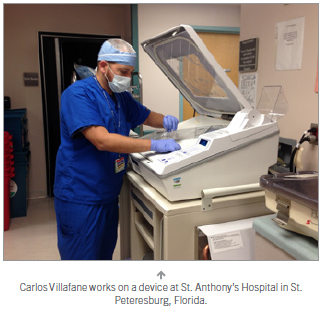 “The courses helped me to learn about physiology and other important information,” he says. “I did a field practice in a hospital for about six months before graduation, and that gave me a good idea of what the biomed field entails.”

Today, Villafane is a general biomed, taking care of the surgery department. Years ago, while working for GE Healthcare, he took care of phaco machines and pulmonary function machines. Whatever type of equipment he works on, it’s OK with him because he says that he loves technology.

Those early language challenges certainly didn’t slow Villafane down. He has been very active in the HTM profession outside his duties at work with positions that require a lot of speaking.

He has been president of the Bay Area Association of Medical Instrumentation since 2012 and has been a member since 2005. He was one of the association’s original members. Starting January 1, 2015, he also took over the duties of president of the Florida Biomedical Society. He will hold that position for a year.

“As I mentioned before, I started as an electronics technician, but during all these years I’ve had the opportunity of learning and doing a lot of different things. I acquired all the commercial FCC Licenses in 1998 and for some time I gave reviews for the FCC exams in Puerto Rico,” Villafane says. “I also worked as a computer repair technician, as a sales manager for an electronics store, as a technical trainer for Panasonic and AIWA and as an electronics teacher in various institutions in Puerto Rico.”

The Commercial Radio Operator License Program awards a license to those who pass the qualifying exam, in order to perform transmitter operation, maintenance and repair duties, according to the FCC. Villafane says that this would include equipment calibration also. 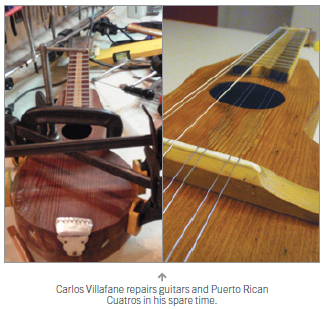 “When I moved to Florida in 2003, I returned to Biomed, acquired my CBET certification, and got really involved in the biomed field,” Villafane says. “I had the opportunity of working as a system analyst, team lead and BMET III in various companies. Last year, I started as an adjunct Instructor for the St. Petersburg College’s Biomedical Technology course. Right now, I’ve been the president for our local biomed association (BAAMI.org) and this year I have the privilege of being the president for the Florida Biomedical Society (www.FBSonline.net ).”

Villafane sometimes can’t leave his work behind at the end of the day, but that’s OK with him. Knowing how to fix things has its benefits.

“There is a quote attributed to Confucius that says ‘Choose a job you love, and you will never have to work a day in your life.’ And I believe that is my case. I love repairing stuff. Most of my hobbies involve repairing something; a computer, my car or something in the house,” he explains.

“I also love electric guitars. I never learned how to play well, but I learned to repair and modify guitars. In 1996, I took a continuing education course at the University of Puerto Rico, where I learned how to build the ‘Cuatro Puertorriqueño’ from scratch. The Puerto Rican cuatro is the national instrument of Puerto Rico. It has 10 strings, and looks like a small guitar. With this experience, and my electronics background, I can make any repair or guitar modifications.”

“My other hobby is traveling around the world. Every year I try to visit some interesting place,” Villafane says. “I’ve been married to my childhood sweetheart for 18 years. I have no kids. I have a very energetic Papillon dog named Addy.”

Some of Villafane’s travel experiences, with his wife Demi, include trips to India in 2010, Hawaii several years ago and Alaska in 2014. Those two weeks every year are something he looks forward to.

Not a bad set of accomplishments for someone who was first challenged with a second language.

If you, or someone you know would be a good fit for our Professional of the Month feature, please fill out the form below. Thank you.

[contact-form 9 “Professional of the Month”]