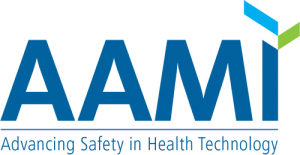 With New Wi-Fi on the Horizon, Is It Time for New Devices?

“So, we thought it would be wonderful to do some forecasting for what is about to come,” said wireless technology expert Shawn Jackman, founder and CEO of Clinical Mobility. He joined “Good Morning HTM” as a special guest during AAMI eXchange REWIRED on Tuesday.

Wi-Fi as we know it previously made a transition from 2.4 GHz bandwidths to 5th generation (5G) capabilities. Now, just on the horizon, is WiFi-6E. Why’s that important?

Most of the time, when someone experiencing trouble connecting to a Wi-Fi network, spectrum congestion is the problem, Jackman explained. That is, too many devices are trying to connect over the same band of frequencies and compete for space to send data. With WiFi-6E, a new 6 GHz spectrum will introduce lots of new real estate for devices.

Confusingly, the “6” refers not to the frequency but to the name of the most advanced wireless standard, called “WiFi-6.” The “E” in Wifi-6E stands for “extended,” as in, an extended number of available bands.

Jackman also mentioned how the 802.11Ax-2021 standard, which encompasses WiFi-6 for 2.4 GHz and 5 GHz, and WiFi-6E for 6 GHz, is already a massive advancement unto itself.

“The problem they tried to solve with 802.11Ax is the density issue,” he said.

With the 2021 Wi-Fi standard, devices can have “orthogonal frequency division multiple access” (OFDMA) capabilities. This mouthful of syllables means that when a device attempts to send a package of data, it can share that package with other devices that are simultaneously communicating on the network. Instead of networked devices competing for bandwidth, they are efficiently organized, much like a food delivery service picking up orders from multiple restaurants to then make deliveries in the same area.

It sounds like a dream come true for networked hospitals worried about any one device hogging bandwidth and slowing down other devices. However, there’s a catch!

“Your legacy devices don’t support it. It’s not a forward compatible technology. So, we’re going to need to buy new devices,” said Jackman.

“Is this something that HTM departments should be preparing for?” asked McGeary.

“Every time there’s a new infrastructure advancement like Wi-Fi, it’s always better to buy new, compatible devices before you buy into the infrastructure itself,” Jackman replied.

This way, he explained, manufacturers will become aware of a demand for the technology and establish support systems for forward-thinking departments as soon as feasibly possible.

Can you imagine having your smart assistant getting hijacked with … light?

During AAMI eXchange REWIRED’s Thursday airing of “Good Morning HTM”, The Archimedes Center for Healthcare and Device Security shocked the HTM community with a live demonstration of a worrying vulnerability inherent in many smart devices.

“Oh wow — there it went!” exclaimed Burroughs. “And you’re doing that with some very inexpensive equipment? I’m definitely keeping my blinds closed from now on!”

Bolton explained that he had modulated the light of a $20 laser pointer to carry a specific message — in this case, asking the smart assistant to tell the time.

“By varying the intensity of the laser in tune with the voice command we want to give, we’ve essentially embedded audio into the laser beam itself,” he said.

The researcher and his colleagues have tested the technique in multiple devices and at varying distances. The team has even managed to command a smart device to open a home’s garage door after shooting the laser from a bell tower, through a window, and into the home.

The vulnerability, first revealed by researchers from the University of Michigan and the University of Electro-Communications, Tokyo, raises important security questions even while medical device designers are becoming increasingly interested in the idea of digital health care assistants, “smart” wearables, and networked smart devices in the clinical setting.

It also highlights a worrying trend: As the advance of new technologies continues to speed up, it may begin to outpace device security. Fortunately, this is a concern that AAMI and the Archimedes Center have combined their efforts to address in a new collaborative effort.

The two organizations have connected their membership and partner networks to work on advancing security for life-saving devices.