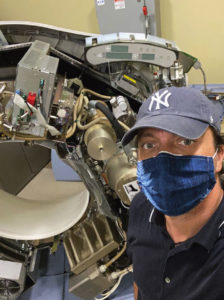 Don Stanciauskas can repair imaging equipment and play the violin.

It may follow, that those who have mastered a musical instrument would be good candidates for most professions. Even a self-taught amateur musician would bring some additional cognitive benefits to the job.

What if the musician was a classically trained professional? Many professional musicians become members of symphony orchestras or work as studio musicians, while a small number move on to explore other career opportunities.

Don Stanciauskas, a field service technician with Network Imaging Systems in Charlotte, North Carolina, may be one of the most proficient musicians in the biomed/imaging service profession. While Stanciauskas’ customers just see him as their competent imaging tech, his background as an accomplished violinist might surprise them.

Stanciauskas remembers that his musical studies started very early and became integrated into his early education.

“At the age of four, I started so-called prep school for the arts in Lithuania. I started playing violin at the age of five or so. I was considered a prodigy and my father, a musician himself, recognizing my abilities, decided to push me in the musical direction early. I studied violin, piano and general music at the National M.K. Ciurlionis School of Art in Lithuania and graduated at the top of my class in 1990. At the age of 16, I won the national music performance competition,” Stanciauskas says.

He says that the school was the top school for music, ballet (now a separate school) and visual arts at the time, and remains so to this day.

“The competition was fierce. Out of 32 kids, starting in the first grade in my class, only five graduated and went on to study music in the Lithuanian Academy of Music and Theater,” Stanciauskas says.

He went on to study at the Academy and earned an advanced degree and learned that his place of residence might also change. 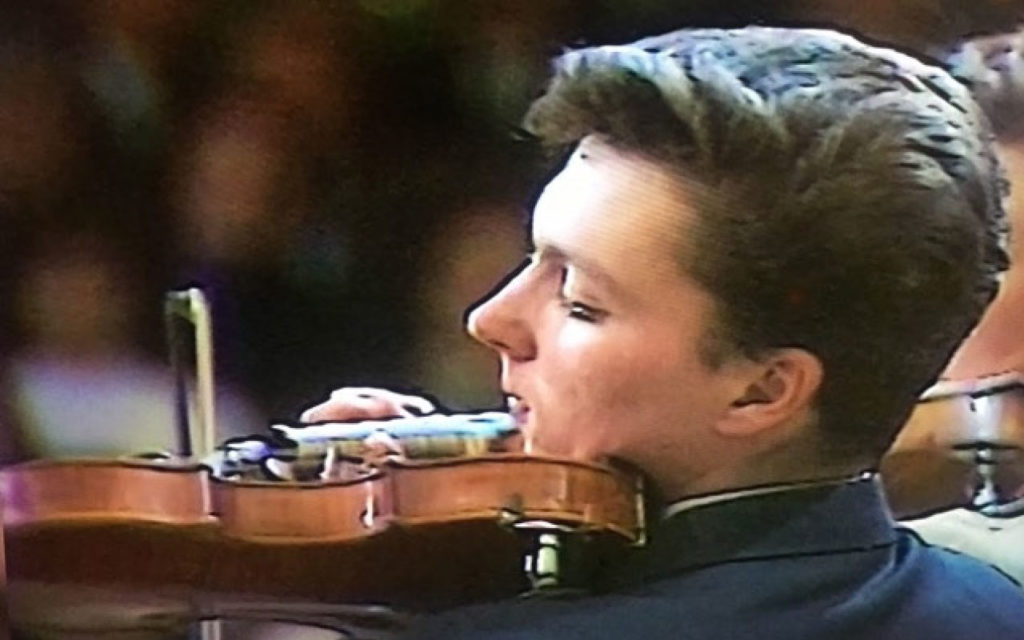 Don Stanciauskas plays the violin on stage in 1994. He says his musical talents helped him visit and perform in every European nation.

“I graduated from the Academy with a master’s degree in performance in 1995. A year earlier, I won another national competition. The same year, in 1994, I discovered I won a ‘green card,’ which was a new thing then, a DV-1 lottery devised by the Department of State to foster legal immigration to the U.S.,” Stanciauskas says.

While still in Lithuania, Stanciauskas performed with the Lithuanian State Symphony Orchestra. This opportunity allowed him to tour “half the world.”

“I believe I visited every single European country thanks to music,” he says.

This was only one experience he enjoyed as a professional violinist. He also performed with various chamber ensembles, groups, international youth orchestras and other “fun groups.”

“The highlight is always performing with the top names in music such as Mstislav Rostropovich, YoYo Ma; even Béla Fleck. The life of a musician is full of wonderful moments,” Stanciauskas says.

The big redirection in career came out of a personal challenge he made to himself after arriving in New York in 1995. He continued to spend time with other musicians and continued to perform as a violinist, but it was a radio ad that changed everything.

“It is a 180-degree turn in a professional sense. But technology and science were not new to me. My mother was an electronics engineer and she fostered my interest in all things beeping and chirping. I developed a life-long interest in electronics, computers, mechanics and engineering in general,” Stanciauskas says.

He says that he did a stint at Brooklyn College, but it was mostly to satisfy his academic curiosity in various humanitarian and scientific subjects; not to advance to a new career.

“After a decade of musical freelancing in the Southeast, I started to consider doing something different. There was a moment where I heard Central Piedmont Community College featured on a local public radio station while driving down I-77. I took an exit and went to admissions office to join their engineering program. After graduating, I made a donation to WFAE Charlotte, they are collecting on my AMEX still,” Stanciauskas adds.

The radio ad was a turning point for the professional musician, and he is forever grateful to the radio station for running it.

“I am happy to contribute; they need it and it makes me feel good,” he says.

Stanciauskas isn’t the only violinist in his household. His wife has also been a violinist for many years and teaches the instrument.

On the job, Stanciauskas works with CT and MRI medical imaging scanners.

When not servicing imaging equipment or taking a bow to strings, Stanciauskas can be found outdoors and spending time with his son.

“I am always busy with all kinds of projects – I am an audiophile; I build vacuum tube audio equipment. I also build custom airsoft guns for various clients. My son and I play airsoft almost every weekend. Fishing, beach, mountains – family fun is always on my schedule,” Stanciauskas says.

The lure of the chin rest and the vibrato have not completely faded for the one-time virtuoso.

“I am starting to miss music and playing though. I have considered rejoining my old friends as my work schedule permits; it would be fun.”

MRI repairs by day; Beethoven’s Violin Sonata No. 9 by night.