Department of the Month: The Children’s of Alabama Biomedical Engineering Department

Posted By: TechNation Development Teamon: July 01, 2021In: Department of the Month, Magazine, Spotlight 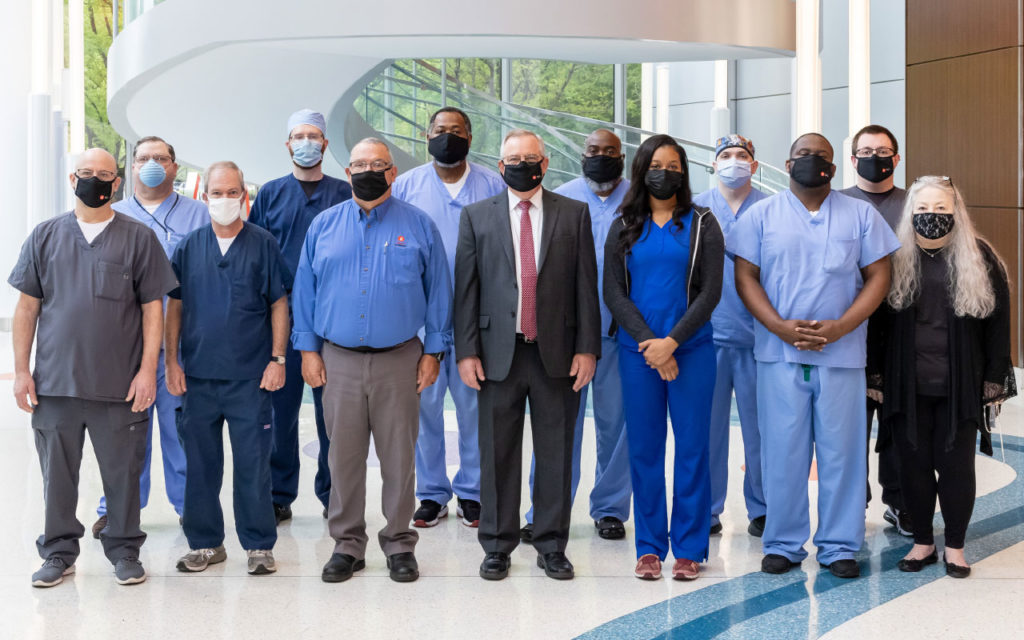 There is a certain reverence that is earned by hospitals devoted to caring for the youngest patients. Pediatric facilities have a special mission and focus that has addressed the anxiety of many a parent.

In Alabama, that noble slice of health care has been the focus of Children’s of Alabama, going all the way back to 1911. The hospital treats patients from every county in the state, as well as from nearly every state in the country.

Children’s of Alabama is the only health system in Alabama dedicated solely to the care and treatment of children.

Among those devoted to the health system’s mission to heal children is its 13-member biomedical engineering department. 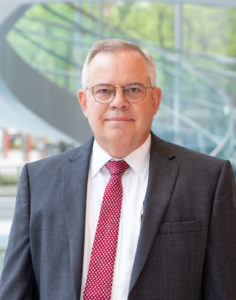 Kelvin Knight is the director of biomedical engineering at Children’s of Alabama.

“The Children’s of Alabama Biomedical Engineering Department consists of 13 individuals including nine biomedical technicians, one clinical engineer, a supervisor, a secretary and director,” says Kelvin Knight, CBET, the department’s director.

“The Children’s of Alabama HTM department supports one of the largest and busiest children’s hospitals in the nation with 332 beds and 48 NICU bassinets. The department supports the entire hospital, clinics with about 37 service lines, (14) offsite pediatric practices and an outpatient combination surgery center, imaging center and primary care clinic center,” Knight says.

Service contracts are a coordinated effort, working in combination with several departments including supply chain, risk management and the biomedical engineering department.

“The system is a combination of electronic and paper signatures with a wet signature from the COO to finalize the contract,” Knight says.

The team provides the hospital with several services including biomedical technology and clinical engineering.

“We have developed a device management committee which includes IT security, IT network services, HIPAA IT, risk management officer and facilities department to ensure medical equipment is safe before it is approved for purchase,” Knight says.

He says that the department has worked closely with IT to develop customized alarm systems for medical equipment which integrate the nurse call system, clinical staff Voalte phones and medical record data.

“We have been the primary resource for testing and data collection of alarm systems to help reduce alarm fatigue with the clinical staff,” Knight adds.

The biomeds also lend their skill sets to assist with surgical video systems integration setup and troubleshooting – which are usually a combined effort with IT.

The team has been involved in a number of special projects including one that helps four-legged therapy companions acclimate to life in a hospital.

“Children’s of Alabama donated a simulation room to Hand in Paw, a local nonprofit company, that specializes in training animals for animal-assisted therapy. Hand in Paw brings therapy animals to the hospital to visit patients routinely,” Knight explains.

He says that the biomedical engineering department was instrumental in outfitting the animal training simulation room with medical equipment reflective of a typical Children’s Hospital patient room.

“Equipment was donated and set up with the sights, sounds and smells of a hospital room. A special digital recording was made to duplicate the sounds of medical equipment running and alarming to help the animals become accustomed to sounds they will hear in a hospital setting,” Knight says.

In addition to helping four-legged therapy animals become accustomed to the hospital environment, the team was addressing the PPE shortage problem and helping clinical colleagues from the start of the COVID-19 pandemic.

“The Children’s of Alabama Biomedical Engineering Department worked with other departments in the hospital to build a system for reprocessing N95 masks using UV lights during the early stage of COVID. This system is still being used today,” Knight says.

He says that the department has worked closely with performance improvement and clinical departments for developing and testing of software processes for alarms being sent to the clinical staff’s mobile phones.

Another project the team tackled was to create a way for the clinical staff to display patient waveforms on large screen TVs for special procedures in critical care rooms.

“The department provides medical equipment to the city of Birmingham for their ‘Doctor Day’ event. This event allows children throughout the city to have access to medical care assessment,” Knight says.

Along with projects, the group has contributed to problem-solving through its collective expertise.

One example was when the department identified a problem with EKG cart connectivity in a new building.

“The EKG carts had intermittent connectivity on two of the ten floors of the new building. After weeks of troubleshooting and verifying operation of the wireless EKG carts and access points, the problem was identified as the EKG cart antenna was mounted to the bottom of a metal plate on the cart. The carts were having trouble connecting to overhead access points. The carts usually connected to access points on the floor below the cart,” Knight says.

The team discovered that the problem was two of the floors in the new building did not have access points on floors below, and the carts had trouble connecting to overhead access points.

“The EKG cart connectivity issues were resolved by replacing the metal plate of the EKG cart with a piece of plastic. The EKG cart antennas have been able to reliably connect to the overhead access points since the plastic plates were installed,” Knight says.

The team’s efforts extend beyond routine biomed activities and include involvement with the larger biomed community.

“As a hospital, we are involved with AAMI and are starting to become more involved with the ACCE. We have worked with other hospitals to organize a state HTM organization,” Knight says.

For the youngest patients in Alabama, the confidence that medical devices will perform as expected can be credited to the hard-working biomedical engineering team at Children’s of Alabama.