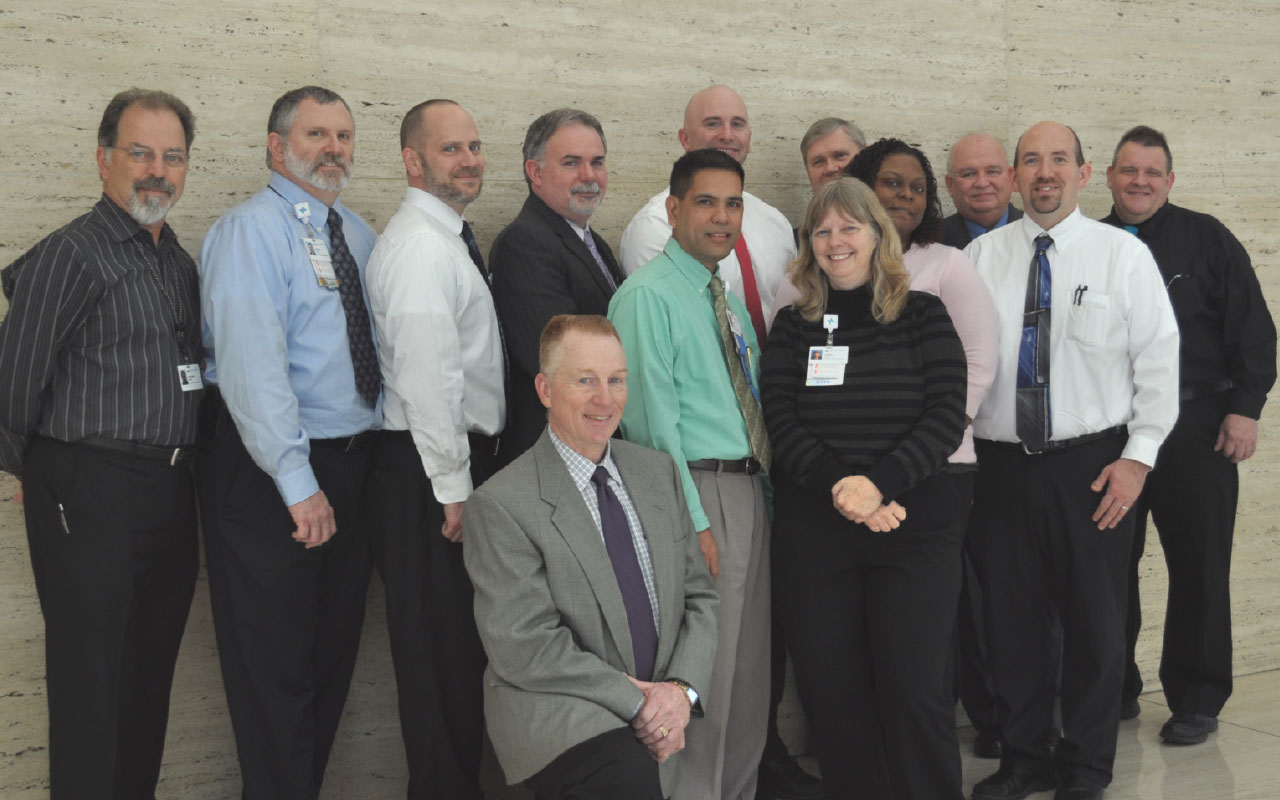 Baylor may be a name that many associate with college football, but it is also part of the name of one of the country’s leading health care systems; a system with more than 35,000 employees. Baylor Scott and White Health is made up of 46 hospitals in north and central Texas. The system has a number of clinics and imaging centers as well.

The health system is a marriage of the former Baylor Health Care System and Scott & White Healthcare.

It is the largest not-for-profit health care system in Texas. The two institutions each began more than a century ago. Scott & White was begun by two physicians and Baylor began as a Christian institution.

Bed count varies hospital to hospital, but the Baylor University Medical Center is the largest facility in the system with more than 900 beds.

With nearly a hundred techs, the system’s biomedical engineering department can move mountains when it has to.

“There are always active projects and all our techs have an opportunity to work on projects. We lead or assist on projects as small as installing an additional central monitor at a nurse’s station to building replacement hospitals to building new hospitals and every installation, replacement, upgrade, etcetera, in-between,” says Carol Wyatt, MPA, manager of Biomedical Engineering, Biomedical Technology Services.

“We like for the techs to be involved for several reasons: [It provides a] change of pace for the tech, improves their skills, buy in is better when the techs are engaged [and] the techs have to support the equipment long after the project is completed,” she explains.

Unquestionably, one of the biggest tasks for any HTM department is assisting with the building of a new hospital. That project is compounded when there is an old hospital, full of equipment, that it is replacing.

“The largest project would be leading the biomed piece of the pie for the replacement hospital Baylor Scott and White-Waxahachie,” Wyatt says.

The new hospital is a 300,000 square-foot facility located on 52 acres of land in Waxahachie, Texas. It was the first new facility built to carry the new combined organization’s name. It is initially designed to accommodate 129 beds with room for future growth capabilities and carries LEED certification.

“Not only did the biomed department assist with selection of equipment, coordinating installation, testing and inventorying of over 2,200 pieces of equipment,” Wyatt says. “[But] they had to maintain and service the equipment at the old hospital at the same time. The new hospital opened December 6, 2014. Opening a new hospital is a monumental task, but add to it maintaining the old hospital at the same time and it’s even a greater triumph,” she adds.

Wyatt says that juggling a new and old hospital relocation comes with its own set of unique issues “like keeping both hospitals operating during a move; and what equipment gets replaced and what gets moved,” she says. “TaKeisha Roddy, team lead, and Jose Muraira, BMET, did an amazing job with the Baylor Waxahachie replacement hospital.”

An internal training regimen has been another undertaking for the department. This project has allowed new biomeds to get the proper orientation.

“We found that [with] techs training new techs, although they did a great job, there were some inconsistencies in the training,” Wyatt says. “So, we compiled a Daily Operations Book for every new tech and reviewed it at biomed orientation; typically eight hours of training. We are seeing more consistent behaviors since we started doing this.”

Problem solving gets a methodical review in the department. Wyatt remembers one example of this that she was directly involved with. She first explains how problems are discovered:

“We find out by rounding and talking to the nurses, PCTs, doctors [or] department managers. Once we know about an issue, we discuss it among our team members and plot a course of action. We try the plan and re-evaluate after a specified amount of time; and adjust where necessary,” she says.

“One example that comes to mind is, during the night the house supervisors can’t find the nurses because they are in patient rooms. I found out about this in a nurse managers meeting. I knew the nurse call system we use had nurse badge location tracking abilities,” Wyatt recalls.

“I thought I could install the tracking program on the house supervisor PC and they would be able to locate nurses when needed,” she says. “After a little research, I found out I could indeed install the program on the house supervisors PC and they could use the badge location tracking program. So I did. It’s been about a month and so far so good.”

Co-existing and collaborating with the information services folks is routine.

Wyatt explains that the department believes in giving back to the HTM community. Several members of the department have contributed articles to trade publications.

“David Braeutigam, director of biomedical engineering, is the vice chair of the United States Certification Commission (USCC),” Wyatt says of her boss.

She is a board member of the Texas State Technical College (TSTC) biomedical equipment technician program and the R.L. Turner High School biomed program. Tim Huffman, manager of biomedical engineering, BRMC Grapevine and BMC Irving has done many podcasts for AAMI.

Their BMETs and senior BMETs have been active in sharing their knowledge and experiences.

Getting the word out about the profession to the next generation of HTM students is another area the team has been involved in.

“Twice a year, the biomed team attends a Carrollton Farmers Branch ISD fifth-grade career fair and speaks to approximately 500 fifth graders about what it’s like to be a biomed tech,” Wyatt says.

Besides getting the word out about the HTM profession, some team members go beyond their typical biomed responsibilities when the situation calls for it.

“Mike Lindahl, CBET, Baylor Medical Center Carrollton happened upon a woman in labor when making rounds in the OR area on the first floor,” Wyatt explains. “Mike rushed to the front lobby desk to get a wheelchair and rushed back. As quickly as he could, Mike got the lady to Women’s Center on the second floor just in time for her to deliver a beautiful baby boy. I don’t believe they named the baby Mike.”

The MedTech Conference to Go Virtual for 2020