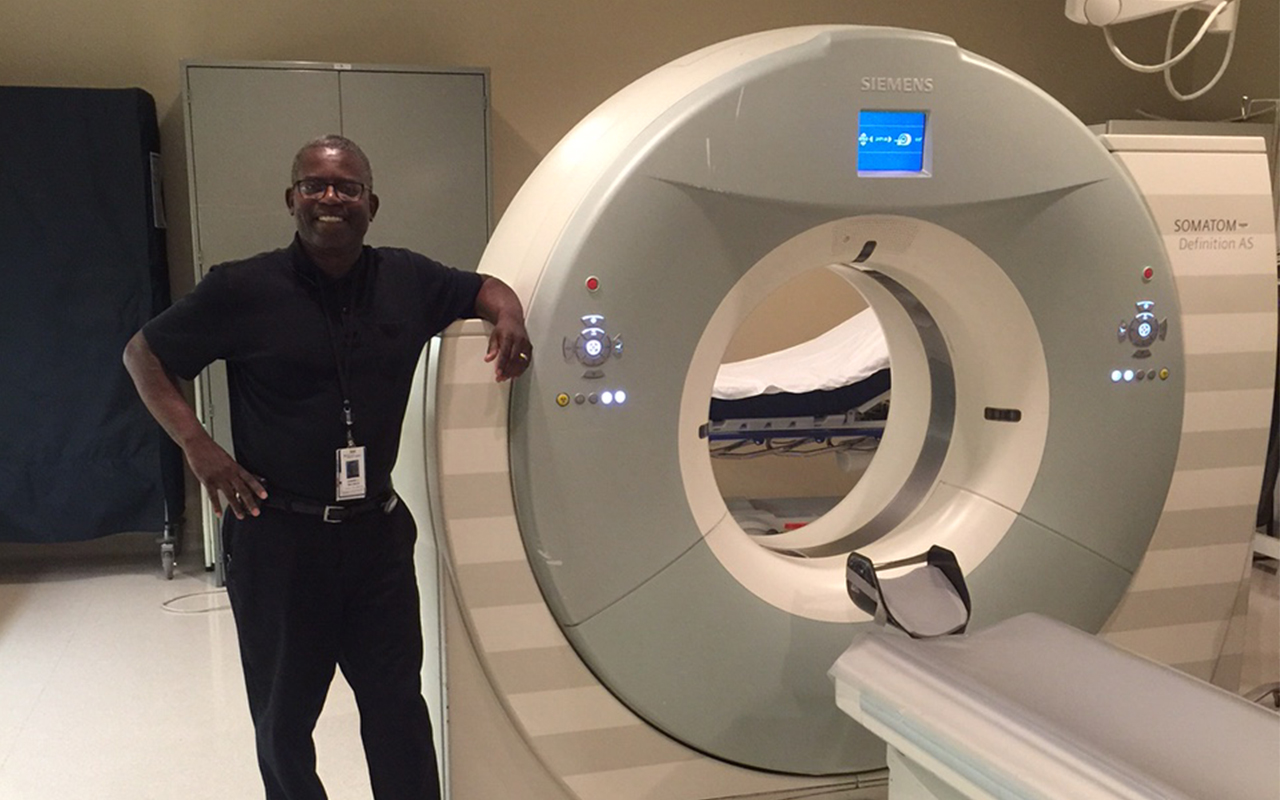 Professional of the Month: Edward Hurd

Posted By: K. Richard Douglason: August 01, 2015In: Magazine, Professional of the Month, Spotlight

Working as an imaging engineer for more than 35 years might seem like something that would get old, but it’s still fulfilling for Edward Hurd, who works with the Clinical Engineering Services Department as a Radiology Engineer III at Advocate Sherman Hospital in Elgin, Illinois.

“The challenges of installing and repairing complex imaging systems, designed to aid medical professionals in the care and treatment of patients,” is what Hurd says got him interested in the HTM profession. He thought it would be a fulfilling experience on a professional and personal level.

Hurd has seen it all in his many years as an imaging engineer. Nowadays, he regularly reads network books as well. 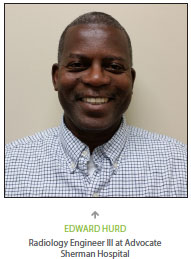 After receiving a degree in electronics technology, Hurd had an opportunity to work as an installation engineer for Philips Medical, based out of Shelton, Connecticut. That was in the early 1980s. The experience provided a lot of hands-on training and additional training that lasted for 13 months.

“I assembled over 20 systems prior to leaving for a field engineer position in Southern California,” Hurd recalls.

He moved from Philips to Cohr/Masterplan when they started doing imaging. He was part of the group that first started the X-ray imaging group. There were only three engineers when it began. He then worked for Aramark.

He ended up returning to Masterplan and eventually moved to Michigan and worked for Trinity Health. Remaining in the Midwest, he took his current position with Advocate.

“Ed is an excellent, knowledgeable tech. He takes his work very serious. He currently is an imaging tech who knows cost savings is key for the hospital’s performance. He works everyday to perform the best service for his customers,” says Nicole Serwetnyk, parts procurement specialist in the Clinical Engineering Department at Advocate.

“The challenges that I have encountered along with many of my fellow biomeds and imaging engineers would be the slow and sometimes rapid changes in the health care industry. The ability to meet the machine uptime percentages with somewhat reduced budgets and parts costs,” Hurd says.

“I see many of the major OEMs – GE, Philips and Siemens – offering more shared service agreements to sustain their market share and profit margins,” he adds.

Hurd is involved with a new CT scanner project. He is also involved with coordinating between the networking and hospital people when they installed a new Philips Allura FD20 cath-lab for problem-free service. His experience allows for extensive knowledge of these systems and he says he has worked on GE, Siemens, Toshiba, Philips, Continental and Picker equipment over the years.

Although Hurd says that he has not had any major challenges in the relatively short time he has been with Advocate, he did help solve a mystery that helped with a vexing problem with a Rimage image store unit.

There was a network problem where the system was “dropping off in the middle of patient transfer of files.” The biomeds had contacted the vendors, reloaded and contacted their own IT support.

Hurd had recently graduated from DeVry with a degree in networking and he thought to go to a couple of technical websites and discovered that the settings for the network configuration card were not correct for their site. After five or six weeks, the device had been able to burn only one disc and then required rebooting. After making the changes, it would run for another five or six weeks with only a hiccup, but a reboot solves the problem. With Hurd’s software changes, the problem was resolved.

Hurd believes in lifelong education and believes learning new technologies is important for growth. He says that since everything has to interact in the 21st Century networking is a reality in hospitals today and it requires constant training.

“Everything is so firewall, so anti-virus driven, so software platform-driven and you have these virtual networks and everything has to interact. It’s amazing what has to happen from when you take an X-ray until when it goes in a server for some doctor to read it 50 or 60 miles away; the technology involved,” he says.

Ready for the Future

When not on the job, Hurd plays chess and video games. He also enjoys wine tastings and collecting, visiting museums, jazz and hiking.

“I also enjoy traveling and model train sets,” he adds.

Hurd says that readers should know that he is a passionate and dedicated engineer who repairs machines that save lives.

“There is no better feeling on a personal level. And, my longevity in the field, 35-plus years, has been fulfilling and rewarding. I look forward to the upcoming changes in technology from the OEMs and the constantly evolving health care industry,” he says.

With this engineer, the image is clear; there’s always more to learn when old school meets new technology.