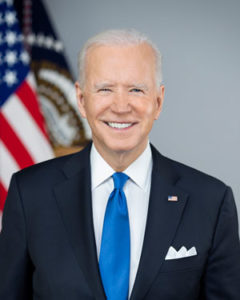 “The heart of American capitalism is a simple idea: open and fair competition – that means that if your companies want to win your business, they have to go out and they have to up their game; better prices and services; new ideas and products,” Biden said. “That competition keeps the economy moving and keeps it growing. Fair competition is why capitalism has been the world’s greatest force for prosperity and growth.”

A fact sheet helps outline the 72 different initiatives included in the executive order.

The fact sheet also states that, “Biden is taking decisive action to reduce the trend of corporate consolidation, increase competition, and deliver concrete benefits to America’s consumers, workers, farmers and small businesses. Today’s historic executive order established a whole-of-government effort to promote competition in the American economy. The order includes 72 initiatives by more than a dozen federal agencies to promptly tackle some of the most pressing competition problems across our economy. Once implemented, these initiatives will result in concrete improvements to people’s lives.”

One bullet point item in the fact sheet says the executive order will, “Make it easier and cheaper to repair items you own by limiting manufacturers from barring self-repairs or third-party repairs of their products.”

However, this item does not appear under the “Healthcare” heading within the fact sheet.

Under the “Agriculture” heading one bullet point states that the executive order, “Encourages the FTC to limit powerful equipment manufacturers from restricting people’s ability to use independent repair shops or do DIY repairs – such as when tractor companies block farmers from repairing their own tractors.”

Under the “Technology” portion of the fact sheet a section reads, “Cell phone manufacturers and others blocking out independent repair shops: Tech and other companies impose restrictions on self and third-party repairs, making repairs more costly and time-consuming, such as by restricting the distribution of parts, diagnostics and repair tools.

In the order, the president:

Encourages the FTC to issue rules against anticompetitive restrictions on using independent repair shops or doing DIY repairs of your own devices and equipment.”

“This is a big day for the right to fix our stuff,” said Proctor. “More repair choices will protect the environment by cutting down on the amount of new electronics we make and old stuff we toss. More choices help save money and cut down-time waiting for the manufacturer’s technician, which is especially important for farmers on tight planting or harvesting schedules. This is a win.”

The Medical Imaging & Technology Alliance (MITA) – a trade association representing the manufacturers of medical imaging equipment, radiopharmaceuticals, contrast media, and focused ultrasound therapeutic devices – issued a statement regarding the directives in the executive order that address third-party repair or self-repair of goods.

“Maintaining and repairing sophisticated medical device equipment raises both patient safety and cybersecurity concerns,” Hope continued. “The FDA laid out its roadmap to address medical device servicing and repair in its 2018 report. Moreover, the agency has begun executing it through the issuance of remanufacturing guidance and their cybersecurity discussion paper. We look forward to continuing our collaborative work with the FDA and Congress to resolve these issues, which are central to patient safety and device effectiveness.”

IAMERS President Diana Upton is encouraged by the executive order in regard to the future of the HTM community.

“We are heartened by the president’s executive order and look forward in the coming months to see how it will be implemented. That it did not specifically reference repair of medical devices is of no real importance, as the 2021 FTC report and the 2021 draft FDA Remanufacturing Guidance respectively address, in part, the need to provide greater access to servicing instructions. We were particularly pleased as the FTC report referenced the IAMERS submission – highlighting that manufacturer safety concerns were not supported by the 2018 FDA Report. We hope that the message is coming through that withholding service access instructions will not be supported,” IAMERS President Diana Upton said.

“Speaking for myself with 35-plus years of health care experience, I’m cautiously optimistic around President Biden’s executive order on promoting competition in the American economy,” Francoeur said. “This country was founded on the notion of freedom, and having the ability to make a choice is a fundamental expectation of the American people. On one hand, I’m excited to think the issue of ‘right to repair’ is going to get the attention it so justly deserves, as independent providers such as TKA bring the same high caliber of expertise to HTM maintenance and repair. On the other hand, I’m somewhat concerned that we even require this high level of intervention. Everyone in health care strives for patient safety, and we should be working together to ensure patients and providers have timely access to safe, effective and top-quality medical devices. Within our health care industry, we should all be working in tandem and in collaborative ways to achieve maximum efficiencies that ensure maximum patient safety.”

“From my perspective, I believe most U.S. residents, when they are ailing and vulnerable, expect to be diagnosed and treated with medical equipment that works the way it was designed, and they expect that technology will produce the intended outcomes,” he added. “I will continue to drive awareness and support ongoing initiatives in this space, with the hopes the end result supports advancement in patient safety.”

U.S. PIRG states that in addition to the Biden administration’s clear support for right to repair campaign efforts, the creation of a “White House Competition Council” will be vital to address repair restrictions across different industries. From the Food and Drug Administration’s role in addressing repair restrictions for medical devices – which undermined COVID-19 response – to the Department of Defense struggling to repair military equipment, a clear directive across agencies could make a large-scale impact.

“For decades, manufacturers have increasingly been locking out repairs in just about every kind of product. That’s why a competition council, with a clear pro-repair position, could be critical to our efforts to end repair restrictions in everything from toasters to tractors to ventilators and more,” said Proctor. “That’s good for every American – farmers, hospital administrators, you and me – who buys expensive products that are difficult to fix. And to top that off, it’s good for the environment.”

State lawmakers across the country have advanced the right to repair debate. Twenty-seven states had repair legislation active in 2021, up from the four states that first attempted to enact Right to Repair reforms in 2015. Led by the PIRGs, iFixit, and Repair.org, coalitions of independent fixers, environmental advocates, farmers and other advocates have urged their states to reduce manufacturer-imposed barriers. Their advocacy led to the New York State Senate becoming the first state chamber to pass a right to repair bill encompassing consumer technology and agricultural equipment.

“We’ve gone from zero to 27 states in six years because protecting repair is the right thing to do, and people get it,” said Gay Gordon-Byrne, the executive director of Repair.org, a coalition group which organizes state campaigns on right to repair. “This order adds energy to all our efforts. We plan to keep going until people can fix their stuff.”