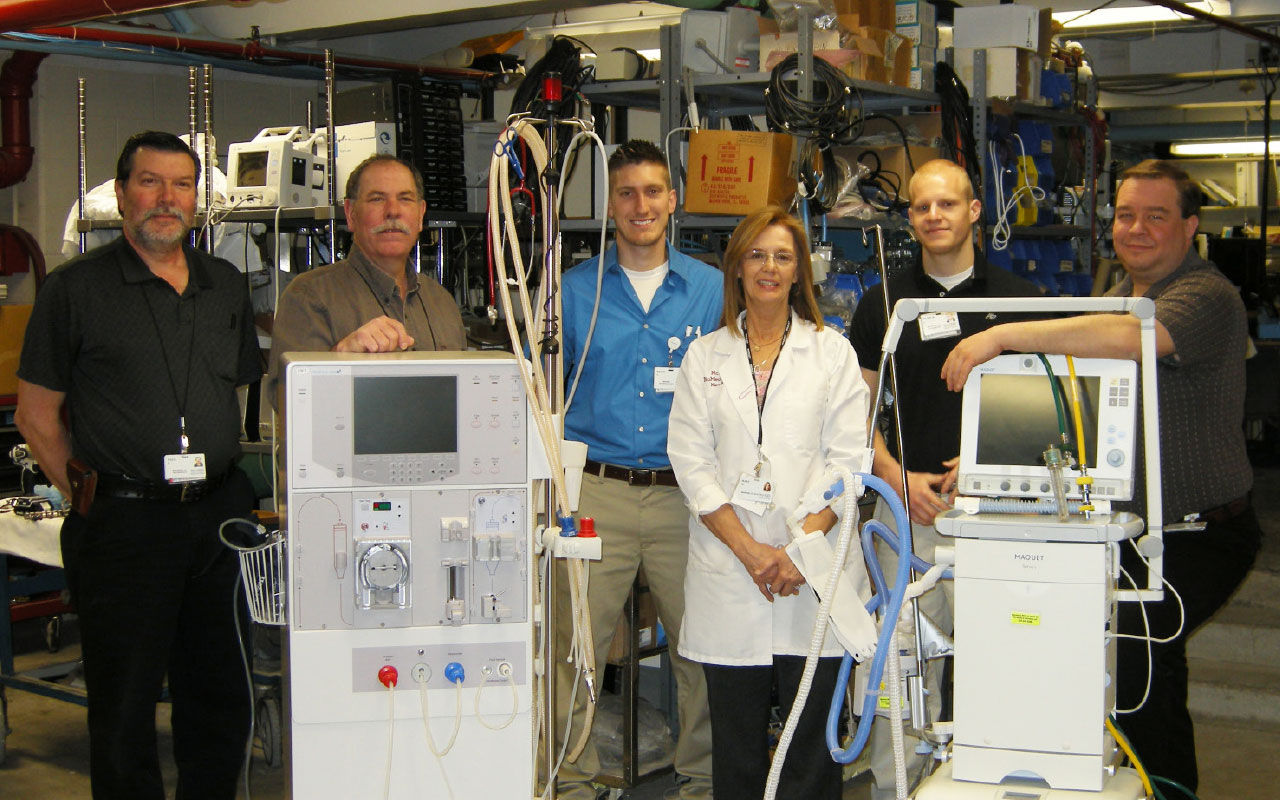 There is a HTM professional who has known even more excitement than a frantic call from the OR. Albert Hardy, CBET, a biomedical technician with McLaren Regional Medical Center in Flint, Mich., knows a thing or two about adrenalin rushes on and off the job.

Hardy is a paid on-call firefighter with the City of Burton Michigan Fire Department. It was actually his mechanical skills that landed him in the firehouse.

“I have always lived in the area that I am in now and have driven by the fire station almost every time I leave my house. At the time that I joined the department, I was interning for my biomed degree, but in the past, I have been a mechanic for many types of equipment including generators. Through a friend of a friend, who was a firefighter, I was asked if I could take a look at the standby generator at the fire station because it would not start,” Hardy remembers.

“I jumped at the opportunity to help out those who helped others. When the job was complete — simple overhaul of the carburetor — I [heard about] how much they owed me and I responded with ‘It is the least I can do for what you guys do for us.’ The Battalion Chief stepped forward and asked if I would be interested in joining, because they needed more people that had the same goal, and I am still being woke up in the middle of the night 14 years later,” he adds.

Suited up and Ready to Shoot

It was the need to let some steam off that landed Hardy in his action-packed hobby of paintball. He suggests that anyone who needs to get some frustration out might want to give it a try. 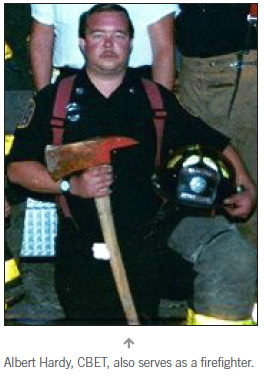 “I started 11 years ago by simply purchasing a paintball marker from a local store and found an indoor field and quickly realized that I had a lot of learning to do, and equipment to buy, because these guys take it serious,” Hardy says.

“I told my best friend about it and he was intrigued and went with me and was hooked as well. But the indoor fields that we went to, known as speedball courses, just were not our forte. I wanted the military style action, the stealth, the hundreds of people battling to achieve an objective; that was what I wanted and that was what we found,” he says.

What Hardy discovered is called Scenario Paintball. He found a field where he could play this brand of paintball about an hour from home. It goes by the intriguing name of Hell’s Survivors Paintball Field.

“We started playing and realized that these guys are even more serious than what we had seen at the indoor fields.

These guys have set ups that imitate what real life guns look like, and even wear the same gear that you would see in the military, including Ghillie suits. It was exactly what I was looking for, but again, I would need more gear,” Hardy says.

After a few years of being immersed in this action-packed version of paintball, Hardy was asked by the Great Lakes Rangers to join them because of his style of aggressive play.

“I now have a seven foot by fourteen foot enclosed trailer that houses all my gear and carries my team’s gear when we go to travel games, and players ask me now, do you have enough stuff? My team is very proud of our reputation for playing hard on and off the field and has earned us the respect to be sponsored by many companies including Tippmann and Coca-Cola,” he says.

Hardy started his biomed career at a home healthcare facility in 2000. He was hired by McLaren Health Care in 2004.

“Working at McLaren, I primarily maintain our six Cath Labs, which include two EP Labs. Within our EP Labs, McLaren is proud to have our 3D mapping systems from St. Jude and Biosense Webster, combined with GE recording and multiple other systems all linked together to increase the quality of life for our patients,” he says. “I am quite proud to say that I get to keep it all working properly.”

Hardy also assists in maintaining his facility’s STERIS surgical tables. He says that his department has an electric winch installed to aid in complete teardowns and rebuilds; a cost saving measure.

“I try to continue to learn as much as possible, and be a team player, to help the rest of the department as much as I can,” he says. 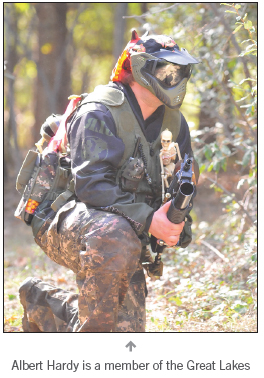 A Break from the Action

The excitement of fighting fires, paintball battles and HTM duties is counter-balanced by time on the water for Hardy and his family.

“My family and I love spending time out on the lake on our pontoon when I am not working, playing paintball or fighting fires,” Hardy says.

He bought his pontoon boat in the fall of 2011 and found some restoration was in order. He replaced the upholstery, carpet and fabric.

“I figured, why stop there, and replaced all the electrical, upgraded all the lighting to LED and upgraded the stereo — of course — and then finally added the decals labeling it as ours. We did all this through the winter to have it ready for the summer of 2012,” Hardy says.

“The goal was to have it on the water for my stepdaughters 17th birthday, but due to a faulty ignition module, I missed my mark by one day,” he says. “We rent a slip on Lake Nepessing, which is 15 minutes from our house, for the season.”

Hardy and his family spend a lot of time on the boat despite the short season in Michigan.

“There is truly nothing better than a warm summer day winding down, watching the sunset, and being in the company of your family,” he says.

After putting out fires, dodging paintballs and the challenges of being an HTM professional, what could be better?