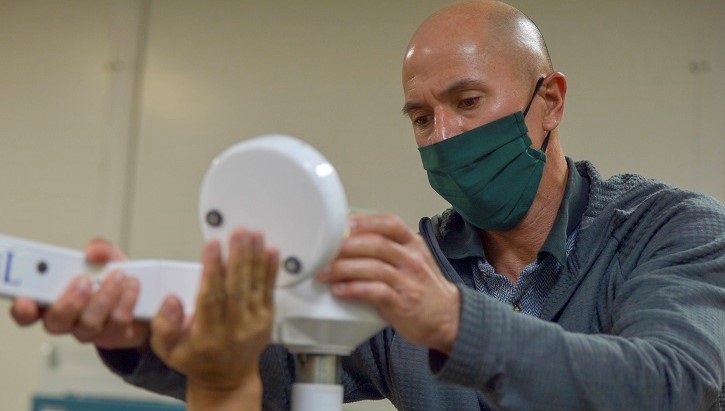 Custodio received the award for his excellence in work product as well as outstanding personhood, and according to those he works with, it’s well deserved.

“Glenn was a clear leader amongst the civilians,” said Lt. Ashley Bianchini, the biomedical repair division officer. “Sometimes you find someone who’s willing to break out and go above and beyond. They’re willing to take on the hard tasks and get the job done, and that’s Glenn.”

The BUMED Civilian Biomedical Technician of the Year award is awarded to one civilian a year Navy-wide. Custodio beat out all other civilian biomedical technicians stateside and overseas, onshore and underway.

“I’m honored,” said Custodio. “I’m humbled that my leadership decided to choose me. I’m going to continue doing what I love, which is to help sailors and other civilians, and make a better shop, as well as a better Navy.”

Custodio said the award was not just for him, but for the entire NMCSD biomedical repair department. He mentioned that receiving this award wouldn’t be possible without the help and support from the whole team.