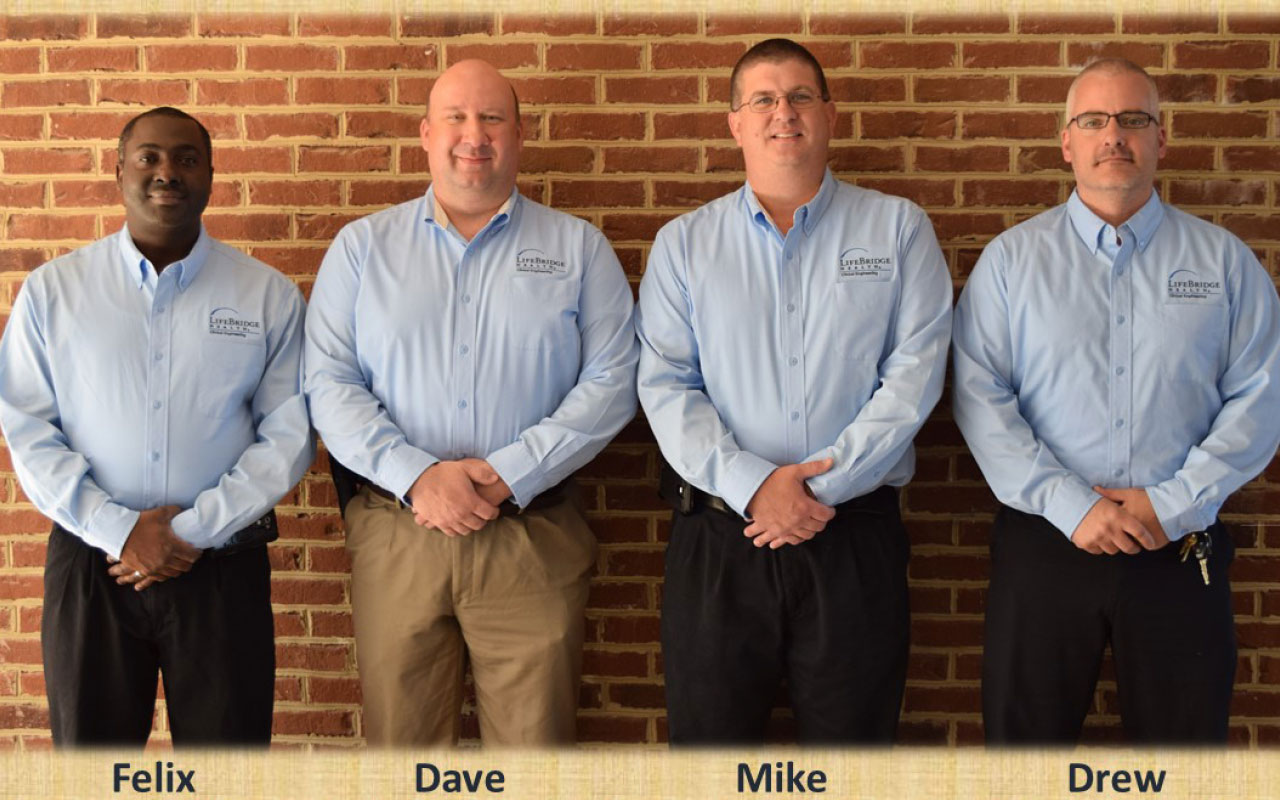 Carroll County, Maryland is west of Baltimore and borders Pennsylvania to the north. It is directly north of Washington, D.C.

Serving the health care needs of the people of Carroll County, and the greater Baltimore region, is Carroll Hospital, a LifeBridge Health Center.

The hospital originally was Carroll County General Hospital and opened its doors on October 1, 1961. It is located in Westminster, Maryland.

Tatienou has been at Carroll for six years and specializes in the OR, TempGenius, patient monitoring, and general biomed.

Although each member of the team has an area of specialty, Jenkins says that any one of the techs is responsible to respond to a customer need.

“We rotate staffing between repairs and PMs monthly to keep everyone current on the equipment inventory. We also provide A/V support for offsite educational and charity programs for the hospital and foundation,” he says. 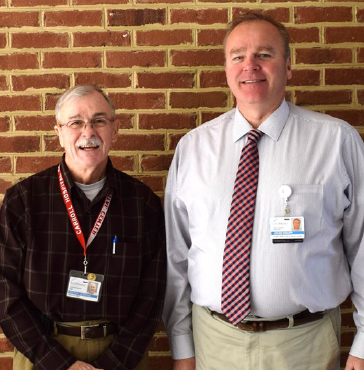 Jenkins says that service contracts are managed by the clinical manager via OEM contracts, an insurance program and some third-party assistance. He says that CE makes all the contact calls with service vendors to coordinate repairs and PMs.

“The department utilizes a CMMS (TMA) to track equipment records, work orders (PM and corrective), and the PM schedule. The technicians are responsible for inputting the information and tagging for each piece of new equipment prior to it being placed into service,” Jenkins says.

“The PM schedule is generated by the system each month and the techs monitor what devices are due for PM. The techs are also responsible for the completion of corrective work orders, which are submitted online by the end-users via the computer system. All the information is stored electronically,” he adds.

The CE department at Carroll handles equipment evaluations for other departments. It assists with equipment purchases, equipment installs and relocates equipment for renovation/construction projects.

“We are a one-stop-shop when it comes to equipment issues. The techs know they have the responsibility and authority to do what it takes to satisfy the customer. Current inventory is about 6,000 pieces of equipment,” Jenkins says.

Jenkins says that the CE department works closely with IT on integrating patient care equipment to the network for EMR, PACS, etcetera.

Networking devices and developing monitoring capabilities have been special projects that the team has tackled.

“The department participates in all renovation, construction and I.S. integration projects that deal with equipment. This past year, we collaborated with IT to do the interface builds and testing of the associated equipment when they installed several new EMR software programs (Cerner, Fetallink, Vital link, Provation),” Jenkins says.

“We work with IT on the equipment side when they changed out the wireless scheme for a number of pieces of equipment, i.e. portable X-ray, EKG machines, etcetera,” he adds.

Jenkins says that the group is actively involved in the current renovation of the hospital birthing unit with regards to removing the monitoring equipment from the rooms and re-installing it once the room renovation is completed as well as other equipment-related aspects of renovations.

“The department plays a key role in helping departments evaluate equipment prior to purchase and the installation of new equipment,” he says. 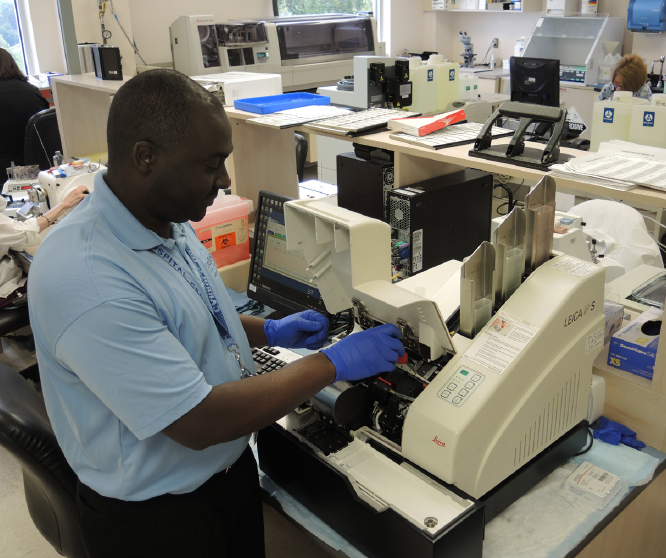 Felix Tatienou, BMET II working on a slide printer in the lab.

“The department is responsible for maintaining the temperature measuring hardware and network connections. IT worked with us to install the software on the desktop computers for the end-users,” Jenkins says.

Outside of the workplace, team members remain active in the HTM community.

“We are members of the Baltimore Medical Engineering Society (BMETS), which Wayne helped start in 1983 and is currently serving as treasurer and has severed in all the offices — president, vice president, secretary, and treasurer — many times over the years. The group meets once per month except in the summer,” Jenkins says.

He says that he and Tatienou are also AAMI members.

In July, the Carroll CE team was recognized with the Heart of Carroll Award.

“Cath Lab Associates recently selected the clinical engineering staff as the next Heart of Carroll award recipients for their outstanding performance,” Jenkins says.

The nomination reads, “Their ability to resolve equipment issues for the cath lab quickly has helped the department continue to care for their patients at all times. According to a nominee, ‘Clinical Engineering has directly assisted us on probably a weekly basis for years, and we really appreciate their dependability and competence.’ Congratulations, Clinical Engineering.”

“The Heart of Carroll award was created by the patient experience committee as a way for departments to recognize one another for their above-and-beyond performance,” Jenkins says.

The Carroll Hospital CE team has assisted in a positive patient experience and achieved much more for their clinical colleagues.