Pacific Medical LLC. has announced the winner of its contest in the search for the industry’s most interesting biomedical engineer. 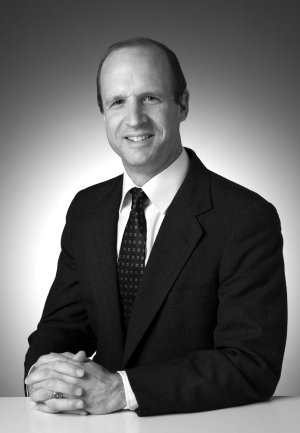 The campaign launched in April and ended in October 2014. The contest featured interactive voting from hundreds of Pacific Medical biomed customers and the biomedical community. The goal of the contest was to offer a unique and creative approach to engage and highlight clinical engineers, an industry based on improving the quality of healthcare through innovative medical devices and processes.

“By leveraging Pacific Medical’s direct partnerships and industry knowledge, and by understanding the clinical engineering department’s critical role in saving lives, we created a personal connection to the people in our industry. It is important to recognize the biomed engineers and the high standards of performance they offer as a foundation for the entire hospital,” said Andy Bonin, President and CEO of Pacific Medical.

Six finalists were chosen for the duration of the contest as hundreds of entries were submitted through a voting portal featured at: www.mostinterestingbiomed.com. The finalists either work or have worked for top-ranking hospitals in the USA including the Johns Hopkins Hospital, Mayo Clinic, Cedars-Sinai Medical Center, and Duke University Medical Center. Each finalist was involved in a personal commitment to the industry and the community. The finalists set up missionaries in Afghanistan, created campaigns to raise funds for breast cancer, and perfected special procedures to insert temporary or permanent pacemakers in patients.

The winner, Laurent L., works for a prominent hospital in Maryland. Laurent began his humanitarian efforts as a medical logistics officer in charge of the Army’s disaster relief hospital in Italy, where he received his MBA, according to a press release from Pacific Medical. After an honorable discharge, he completed his Masters in Biomedical Engineering. Laurent was selected as one of a dozen workers who petitioned the Clinton Administration to evacuate humanitarian workers from Saddam Hussein’s Iraq, according to the press release. He was promoted to become the European Director in charge of medical and orphanage work in Romania, Moldova, Iraq and Uzbekistan, according to the press release. Laurent’s success also included setting up a health clinic for displaced and persecuted men in Chiapas, Mexico, according to the release. He also devised an automated patient admission process prior to the EMR era.

As the winner of the Most Interesting Biomed of the Year, Pacific Medical will fly Laurent from the East Coast to Orange County, Calif., for the 2015 CMIA Symposium in January. He will tour the company’s 15,000-square-foot facility in San Juan Capistrano, and his photo will be featured in the January edition of the industry-leading journal Medical Dealer.