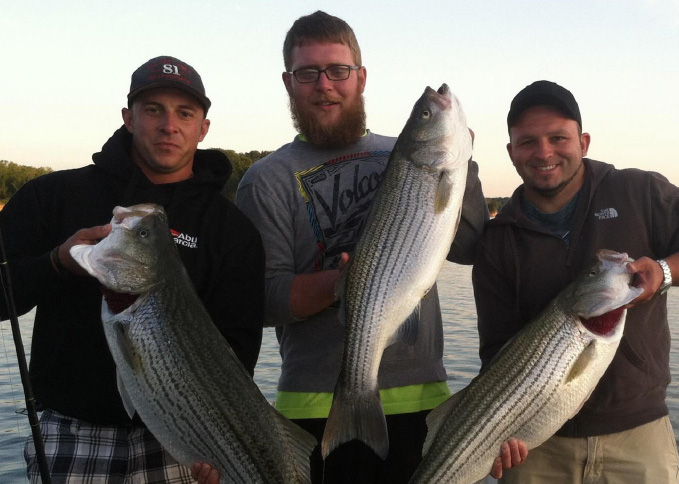 Posted By: K. Richard Douglason: May 01, 2015In: Magazine, Professional of the Month, Spotlight

Anyone who goes to work every day and dedicates themselves to their profession needs a little recognition once in a while. It helps with job satisfaction, and let’s face it; it validates what we do.

Work makes up a third of our lives, and in the case of the HTM profession, it is integral to the well-being of millions of patients.

Brad Wiley, CBET, exemplifies the best of what biomeds do every day and he was recently recognized for his efforts. Wiley, an imaging engineer technician with Trimedx, works at Indiana 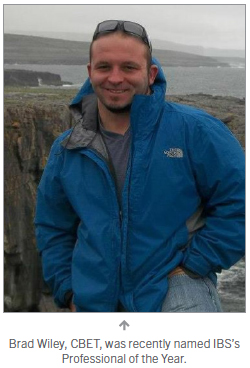 Wiley was recently recognized as the Indiana Biomedical Society’s (IBS) Professional of the Year. In his remarks, while announcing the winner, IBS President, Demetrius Dillard, MBA, CBET, said that Wiley “exhibits the drive and dedication to this career field that we require to receive this coveted award.” Wiley has been a member of IBS for about eight years.

Wiley had no advance knowledge that he was going to be the recipient of the honor. It came as a big surprise at the organization’s annual conference, when he learned he had won. He was pretty nervous accepting the award in front of the big crowd.

“It was very humbling. I know there are a lot of people who work just as hard as I do and we are all in it together, as far as the stresses day in and day out,” Wiley says. “It’s really nice to know that the hard work paid off and somebody noticed.”

Wiley’s reason for getting into biomed is not that different than many of his counterparts.

“I wanted to be able to contribute to helping people. I actually started going to school to be an X-ray technologist. I then switched, due to working a full-time job, and not knowing how I was going to do my clinicals. I spoke with an advisor and he asked me if I had ever heard of biomedical electronics,” he explains. “I looked into it and thought it was very interesting. The medical field seems like a great place to do that. It is also a good strong field to be in. It is always growing and changing.”

“I completed my CBET certification exam in May 2012. Once I got into the radiology field, I went through the RSTI phase classes and have been through other training classes. I have had some great mentors along the way who have really helped me develop,” Wiley says. 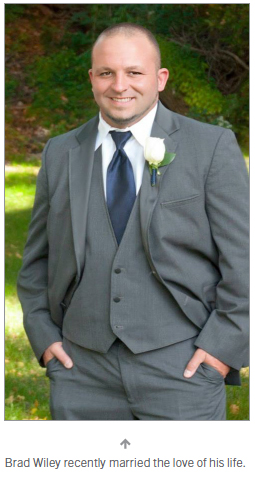 He has also completed a lot of OEM and third-party training.

His HTM career started with TriMedx in 2007, working at Saint John’s Hospital in Anderson, Indiana. In 2009, he took a position as a BMET II at Indiana University Arnett Hospital in Lafayette. The next year, he became an Imaging Engineer Technician for TriMedx at the same hospital.

Wiley saw the opportunity to move along his career and made the change. The additional imaging training helped also.

“There isn’t one particular area that I work in. I work in all modalities of radiology,” Wiley says. “I’m not a specialist by any means, more of a jack of all trades. I have had many great mentors that have helped me excel in my career.”

Learning on the Job

Wiley joined Indiana University Hospital Arnett about a year after the hospital was built. The warranties on equipment began to expire as he was still new to the job and the only tech at the time. He remained the only tech for eight months. Because the hospital doesn’t maintain service contracts, it provides a challenge to learn all equipment. Wiley says that is OK because each day is very different.

“I was on call and I was it; I was radiology, I was biomed, I did everything for the first eight months until we were able to hire someone else. It was pretty rough,” he remembers.

“Since then, we have built an urgent care that we took part in, trying to help organize and manage the equipment,” he says.

“I am recently married and have a very supportive wife who understands the job and the responsibilities that go with it. I also have a supportive family and three beautiful nieces,” Wiley says.

Wiley enjoys a variety of  activities, both as a spectator and as a participant. At the top of the list is anything involving sports and the outdoors.

“I’ve played rugby for almost 15 years now. I’ve never been able to get away from it. It’s just too much fun; it’s hard to quit,” he says.

Wiley loves to fish and play golf. He has a motorcycle, which he says he was finally able to get on when the spring weather arrived after a long winter.

“I am very grateful for the opportunities that I’ve been given and thank God everyday for all that he continues to do through me and in my life,” he adds.

Royal’s nomination letter sums up why Wiley is deserving of the IBS award.

“He cares deeply about the mission of his organization and the people they serve. His skill sets and experience make him an MVP when it comes to imaging equipment repair,” he writes. “Brad never backs down from a challenge and always goes down swinging. It was an honor to have worked with Brad over the last eight years.”