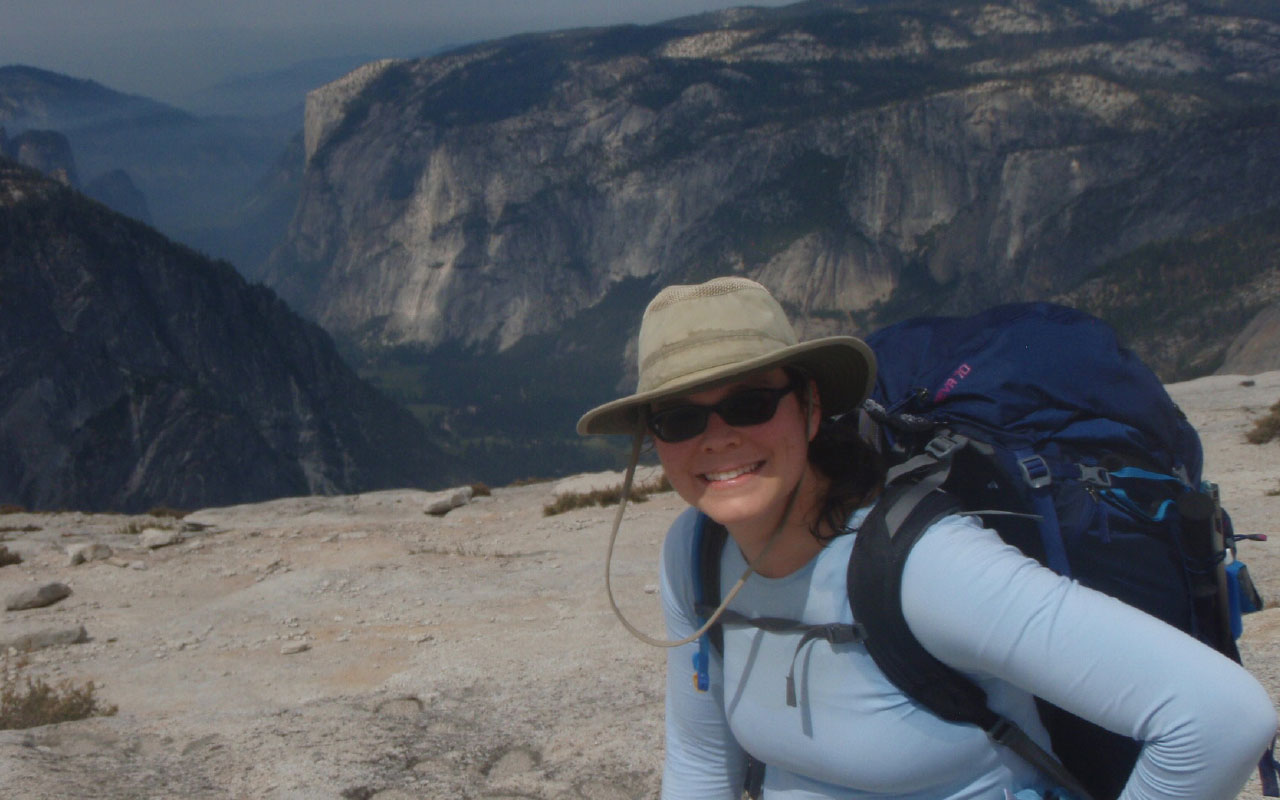 Professional of the Month: Clarice Holden, Committed to the Mission

Posted By: K. Richard Douglason: November 01, 2018In: Magazine, Professional of the Month, Spotlight 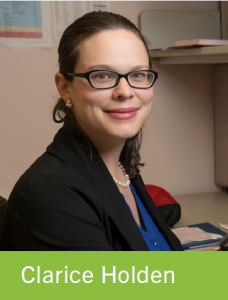 The U.S. Department of Veterans Affairs depends on people who are committed to their mission of helping veterans and their families to address health concerns. It is testament to repaying those who have rendered their service to the nation.

One of the VA’s many health care systems that provide medical services to veterans is located in Dallas, Texas. The chief biomedical engineer at that facility is Clarice Holden. She is responsible for a critical care team, a networking team and an imaging team.

Holden knew what career field she wanted to enter from a surprisingly early age.

She applied to schools based on whether they offered biomedical engineering as a major and picked Tulane University.

“The TCF program is a two-year program that pairs a novel biomedical engineer with an experienced preceptor,” she says.

She points out that the interns are “interns” in name only: they work full time, earn the same benefits as other government employees, and carry out assignments similar to staff biomedical engineers.

“Interns are allocated around $10,000 a year for travel and training outside the hospital. These funds enabled me to attend several conferences, as well as specific education courses (including HL7/DICOM and CompTIA),” Holden says.

“In Temple, I was very lucky to be learning from Paul Canaris (who has had a dynasty of interns over several years), Scott Hornsby (a Navy veteran who has the mission at heart and the know-how to operate the shop, overseeing the maintenance of the $60 million medical equipment inventory), and Lucas Marsh, the staff engineer who went on to become the director of the Charleston VA Healthcare Technology Management Department,” Holden says.

She says that because of her experience at Temple, she was prepared to take on the role of a staff supervisor at the VA Greater Los Angeles Healthcare System, working for Arif Subhan.

“I transferred from Temple to Los Angeles 19 months into my internship, and completed the last few months at the larger, more complex hospital,” she says.

Moving up through the VA system did not come without challenges.

“A special challenge I have encountered is navigating the hiring process at the Los Angeles facility. We had worked to bring on and provide promotion opportunities to our biomedical technicians, but due to administrative delays, we were not going to be able to provide those opportunities on time,” Holden says.

“So, trying to think outside the box, I wrote up justifications for details for our vacant promotion positions. A detail is a temporary assignment anywhere from 30 to 120 days, in which an employee leaves their current position and takes on the roles and responsibilities of a vacant one (details can be lateral or promotions). Details require much less red tape to get going,” she adds.

She explains that those details were approved, interested staff members applied and were able to secure the higher-level positions until the additional administrative documentation came through.

Since 2012, Holden has served on a special VA team – the documentation of services advisory board.

“Our goal has been to develop and implement specific work action coding for all the work performed in VA biomedical engineering shops around the country,” she says. 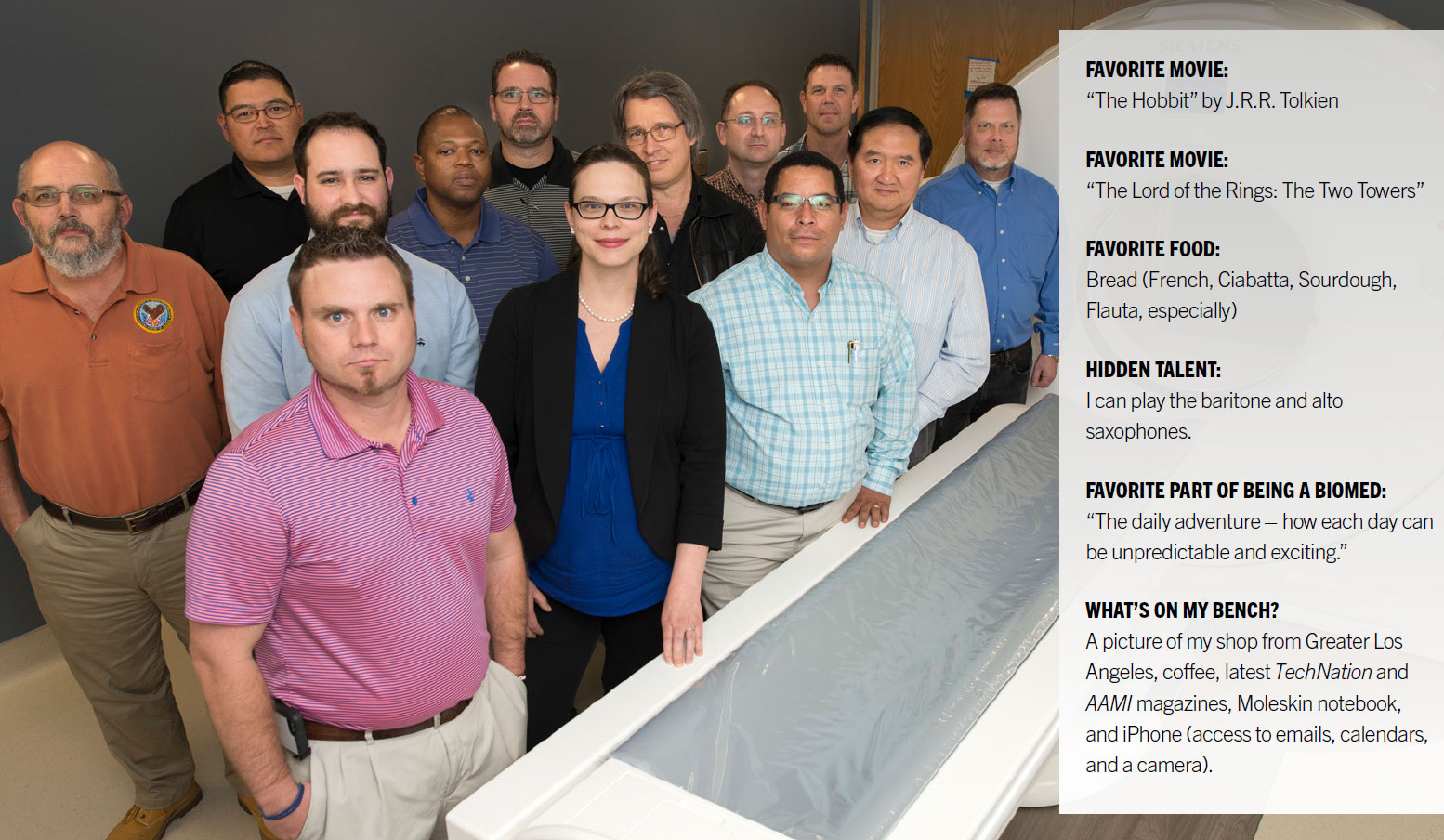 When not working, Holden’s favorite place to spend leisure time is the great outdoors.

“I enjoy spending time with my family outdoors and just around the house. Hiking, running and camping are some of my favorite hobbies. In recent years I hiked the 18-mile Yosemite Half-Dome trail in California and ran the Disneyland ‘Dumbo Double Dare’ race (a 10k and half-marathon on consecutive days),” she says.

Her husband is an electrical engineer and they have two children; a son, two years old and daughter, who is two months old.

All of her hardwork on the job has not gone unnoticed. Holden has received recognition for her efforts in recent years. She received the VA Central Texas Extra Mile Award in 2014, was a VA Biomedical Engineer of the Year honoree in 2017 (runner-up to that year’s awardee) and won the AAMI Young Professional Award in 2018.

She makes it clear that her mission as a chief biomedical engineer aligns perfectly with the VA’s mission.

“I would like the readers of TechNation to know that I am committed to the mission of the Department of Veterans Affairs, to ‘Care for him who shall have bourne the battle, and his widow, and his orphan.’ This is a quote from Abraham Lincoln’s second inaugural address, and something I committed to memory when I first started at the hospital in Temple. I am very happy and proud to serve America’s veterans; they are my co-workers, friends and heroes,” she says.

Just like the VA, Holden’s mission as an HTM professional, could not be more honorable.