Professional of the Month: Princess Sayas

Posted By: K. Richard Douglason: April 01, 2017In: Magazine, Professional of the Month, Spotlight

It’s not often that we profile the administrative assistant in a biomed department, but for those biomed departments that have one, their role is critically important. And when an admin is the one who is nominated to be the TechNation Professional of the Month, it is obvious that the individual has made an impression among her colleagues. 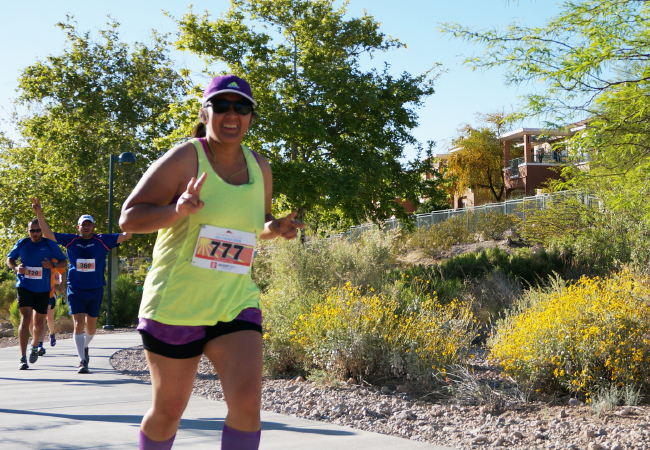 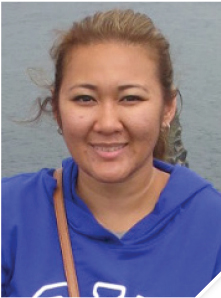 At the University Medical Center of Southern Nevada in Las Vegas, Aramark’s Princess Sayas has been the clinical engineering department’s administrative assistant for eight years.

Sayas knows that the professional spotlight generally features biomeds, so the news left her somewhat astonished.

“Wow; I am speechless. I am honored that someone nominated me for Professional of the Month, and being an admin, I’m surprised and I don’t get too many surprises in my life since I like to plan everything ahead,” she says.

Sayas did not set out to be an admin when she began in the field. It started out as a secondary responsibility.

“I was at the point in life where I needed a change and wanted something different,” she explains.

“I started as an Equipment Distribution Tech for Aramark Healthcare Technology at University Medical Center of Southern Nevada back in January 2009. But they had me covering the administrative assistant position during that time as well.”

She was given the administrative assistant position six months later.

“Now, eight years later, I’m working with a compassionate manager, Jorge Ramos and getting guidance from his direct report, Marcus Thomas,” she says.

“I want to challenge myself again and become a biomed tech in the future. I do believe that [the] biomed field has a lot of potential career growth,” Sayas adds.

When Sayas says that she wanted to do something different, she was referring to a busy work life that started in her late teens.

“I’ve always held two jobs since I started working when I was 18,” she says. “I worked at Peter Piper Pizza as a party coordinator/hostess. During that time as well, I was working for Super Pawn Central as a jewelry cleaner and pricer. The Super Pawn ended up closing, so I started working at Sallie Mae as a student debt collector. Then I moved to become an assistant manager at a cigar shop at the Venetian Casino and MGM Casino.”

Her formal education was more on the creative side.

“I graduated from College of Southern Nevada back in 2010 with an associate degree in commercial photography,” she says.

“I have a side business called ‘Krafty Princess – Crafts, Events and More,’ that includes photography and crafty things like dessert tables or event invitations,” Sayas adds.

Her education may not have been targeted to working as an administrative assistant, but Sayas has learned on the job.

“I really didn’t get an actual formal training as an administrative assistant position; but I took classes on Microsoft Office Programs. I learn my position as I go. Being in the healthcare technology field, there is always something new,” she says. “Every day is a learning experience, whether it’s a new payroll program or new policies for Environmental of Care. I think training will never end.”

When asked what TechNation readers should know about her, Sayas points to the obvious before adding a few factoids about her life away from HTM.

“Yes, Princess is my real name; everyone asks. I was originally from the Philippines and moved to Las Vegas in 1996. I love to travel. There are so many places to see and experience. I’ve been to China, Mexico, Spain, France, Italy, England and Ireland. I would love to see more of Asia for my next trip,” she says.

“I have no dogs or cats, but I have three beautiful desert tortoises named Columbus, Ohio and Wally-Cleveland. Funny story is that the previous owner thought Columbus was a boy but he is actually a she and I didn’t want to change her name. As far as the other two, I just didn’t know what to name them so I went with Ohio, and I just acquired Wally-Cleveland, which my nephew helped me name,” she adds.

In addition to travel and tortoises, Sayas has several hobbies.

“Where do I start?;” she asks in describing them. “I guess you can say I have a lot of hobbies. I love camping. I’m in charge of organizing my family-and-friends camping trip annually and we usually head out to Big Bear or Zion National Park every year.”

“I have a love and hate relationship with running but who doesn’t, right? I like to read and listen to audio books; I usually read/listen to romance novels or a thriller. I love making things, whether it’s loom knitting or cake pops; I enjoy working with my hands,” Sayas adds.

“I’m a Disney fanatic and I love the (TV) shows, ‘The Walking Dead’ and ‘Once Upon a Time,’” Sayas adds

In terms of family, Sayas says she has been with her significant other, Antonio Gonzalez, since high school. She has three brothers and two sisters. She also has a few nieces and nephews.

“It’s a full house when we get together,” she says.