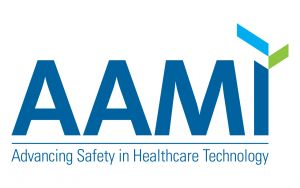 The AAMI 2016 Conference & Expo had a banner year with 2,349 people attending the event in Tampa, Florida – a new record. The conference offered a wealth of education sessions and speakers, covering virtually every major issue facing the healthcare technology field. Here are just a few of the highlights.

George Mills, director of engineering at The Joint Commission (TJC), said the nation’s largest accreditation organization for hospitals is taking steps to streamline its survey process with a new emphasis on qualifying the risk associated with deficiencies.

This initiative, called Project REFRESH, took effect June 6 for psychiatric hospitals that use TJC accreditation. It kicks in at the start of next year for all other accreditation and certification programs.

The move toward simplification includes a paring down of TJC’s code. According to Mills, 131 elements of performance have been deleted as a result of REFRESH projects, with additional deletions pending. These edits will help streamline the manual but won’t diminish any elements of performance linked to Centers for Medicare & Medicaid Services’ requirements or reimbursement, Mills assured the audience.

Starting Jan. 1, 2017, surveyors at most healthcare delivery organizations will classify their findings based on the new “SAFER matrix.” This model takes into consideration the context and environment of the finding, and maps it based on the likelihood of harm to a patient, visitor, or staff and how widespread the issue is (limited, pattern, or widespread).

The SAFER matrix will replace the current scoring methodology, which means:

“We really want to focus on patient safety rather than risk to patients,” Mills explained. It also will help healthcare delivery organization leaders prioritize corrective actions.

Members of the healthcare technology community said they expect the Food and Drug Administration (FDA) to take some kind of regulatory action regarding the third-party repair and refurbishment of medical devices, but they don’t know what specifically to expect or when.

Speaking during a panel discussion at the conference, Binseng Wang, vice president of quality and regulatory compliance at Greenwood Marketing LLC, said he was worried about what might be in store from the FDA. “I’m not as optimistic as when we fought this same battle back in 1997,” he said, noting that 20 years ago, reprocessors of “single-use devices” (SUDs) were subject to additional regulations. Ultimately, he foresees “segments of devices coming under greater scrutiny and being controlled more rigorously this time,” similar to what occurred for reprocessors.

AAMI President Mary Logan, who also sat on the panel, noted that the FDA’s call for information suggests that the agency does not have a predetermined path. Logan added that she is “neither optimistic nor pessimistic” about what may be in store.

Historically, the effectiveness of a medical equipment management program (MEMP) has been measured by focusing on the ability to answer the questions asked by regulatory agency inspectors. According to David M. Dickey, corporate director of McLaren Clinical Engineering Services (MCES) with McLaren Health Care in Flint, Michigan, although questions such as “What are your preventive maintenance (PM) completion rates?” and “How do you find missing equipment?” are important, they are not by themselves measures of MEMP effectiveness.

“HTM has yet to define and agree upon standard measures for quantifying and reporting the quality and effectiveness of an MEMP,” said Dickey during a presentation given at the 32nd Annual Conference on Clinical Engineering Productivity and Cost Effectiveness, held in coordination with the AAMI annual conference.

Simply reporting the number of PM inspections done on time, according to Dickey, does not measure the quality of the inspections. In Dickey’s opinion, MEMP effectiveness would be more appropriately measured by metrics such as how a device repair program minimized patient injury or death or how a staff education program prevented increases in patient length of stay.

“The best answer to the question on the effectiveness of an MEMP may lie in one key fact: At least for our program, we have not had a patient injury that was caused by, or had a contribution from, any component of our MEMP,” Dickey said.