Posted By: K. Richard Douglason: April 01, 2020In: Association of the Month, Magazine, Spotlight

In 1974, instructors at the old Army/Navy Biomed School at the Army base, formerly called Fitzsimons Army Medical Center, started CABMET. Some of the founding members were Jim O’Brien, Jon Fink, Archie Hopkins, Gene Bacon, George Luttkus and K.C. Rock. CABMET was one of the first nonprofit, statewide biomedical associations in the country.

Like many biomed associations, education and training have always been a central focus for CABMET. The group took it up a notch with its popular CBET study group.

“Up until just recently, we ran the CBET/CRES/CHTM study groups. We recently sold these to AAMI. It is still many of our members that help present the material just under the AAMI umbrella now. We also try to send one of our members every year to the AAMI conference,” Reynold says.

The CABMET CBET Study Group was started in 2004 by then CABMET President Dave Scott and several other CABMET members.

He says that other professionals outside of CABMET helped with the Study Group and include Gary Troutman; Brian Schuster; Julianne Kohler, RN; Maggie Cavanaugh, RN; and Rita Cassatori, RN.

“The group was sold to AAMI in August 2019. Over the 15 years it ran as part of CABMET, over 2,000 techs obtained their certification as part of the group. Many of the certified techs in Colorado were student members of the group. The CABMET Study Group offered review courses for CBET, CRES, CLES and CHTM over the years. CABMET also presented the CBET Review at the MD Expo for five years before the sale,” Scott says.

It’s no wonder that CABMET is a recognized acronym in the biomed world.

Scott says that in 2019, CABMET was awarded the AAMI Biomed Association of the Year.

“This award was based on work CABMET has done in the biomed community and beyond. Every year, CABMET has a volunteer day at Denver area-based Project C.U.R.E. All of the $1,500 prize money CABMET was awarded for Association of the Year was donated to Project C.U.R.E.,” Scott says. 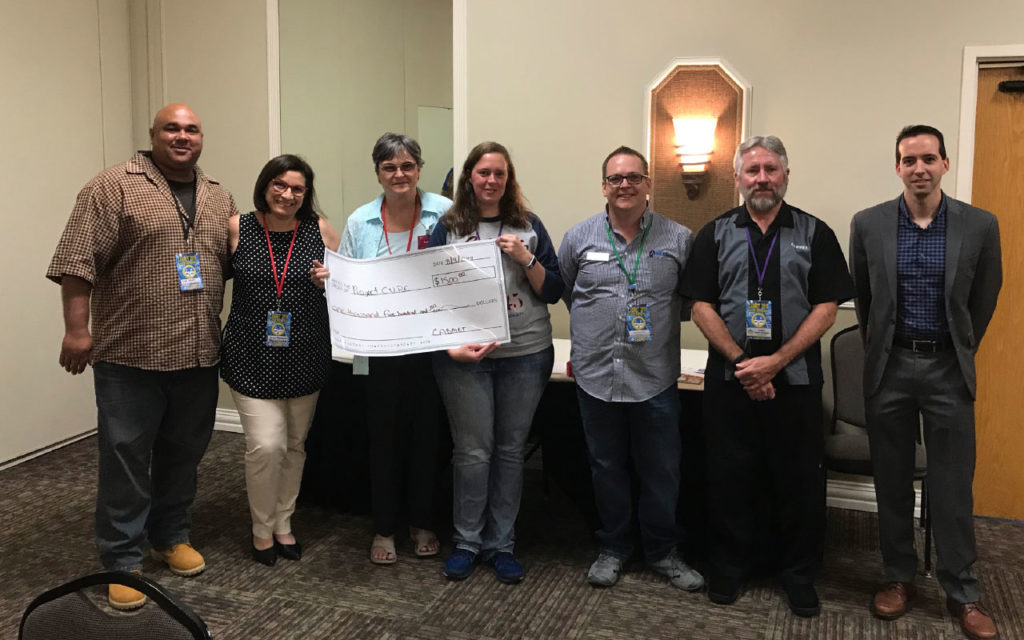 CABMET is involved in the community. Here officers donate money to Project C.U.R.E.

The group gives members a chance to rub elbows and gain more knowledge through regular meetings.

“We hold quarterly meetings (January, March, May, October and December). While our December meeting isn’t actually an educational meeting, we do volunteer work with Project C.U.R.E. We have, when vendors allow, tried to do Facebook Live. This is still a work in progress that we hope to continue,” Reynolds says.

The CABMET symposium provides attendees with many benefits, including educational classes, interaction with vendors and networking opportunities.

“Our symposium is a three-day symposium in August. The first two days are when we do the educational classes as well as the vendor expos. Last year, we had almost 40 vendors and close to 24 different classes. We not only have local members and/or vendors teach, but we also brought in SMEs from across the field to present on many important topics or issues. This year, we are potentially looking at holding the CBET test during our symposium as well,” Reynolds says.

The CABMET symposium changed venues to a larger facility to be able to host more members and vendors in 2019.

“Our biggest highlight last year was just the opportunity to move to a new, bigger location. This allowed us to bring in more vendors as well as have more class options for attendees. Last year, we had presentations by David Francoeur, Carol Davis-Smith, Al Gresch and Matt Baretich. This year we are looking at having someone from ECRI come present,” Reynolds says. 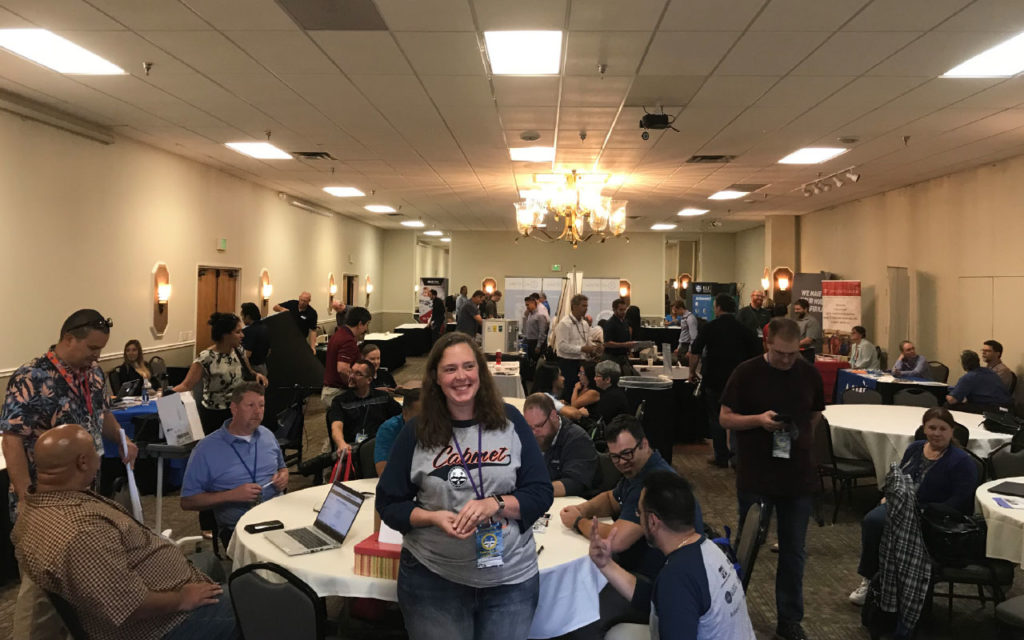 The CABMET meetings and symposium always draw a crowd.

CABMET also holds a contest that allows one lucky person to get all the benefits from the annual AAMI Exchange.

“We have two ways to potentially win the trip to AAMI (we cover registration, flight and hotel). The first way is to attend all the meetings between now and May; three meetings. We understand that some people live on the western slope, so the second way is to write an essay on why you should go and what you plan to do with the knowledge you gain,” Reynolds says.

She says that they thought the meeting attendance requirement would help encourage members to come to the quarterly meetings, but they also wanted to give the opportunity to people who can’t come due to location or work schedule.

One important role that state associations can fill is to help replenish the HTM field through local activities, events and job postings.

“We do have a spot where companies can post their open jobs to help, but I think the biggest thing we do is just promoting our field to the people still in school. HTM is a position that not everyone knows exists. I know personally if I hadn’t known someone that just entered this job in the Army Reserves, I would have done something different in the reserves. I think we also try to partner with the military, as a lot of us are prior military, to promote the networking to get them into some of the local open positions we have,” Reynolds says.

“We do try to attend a variety of different job fairs at either colleges or high schools around the area and this is something we try to do on a regular basis. We have a variety of pieces of older equipment that attendees can see how they work or even try it out (patient monitor, ESU, pulse ox device). The handout helps spark the interest,” Reynolds says.

From furthering biomed careers to volunteering and recruitment, CABMET is advancing the HTM profession in creative ways.