Association of the Month: The Georgia Biomedical Instrumentation Society (GBIS) 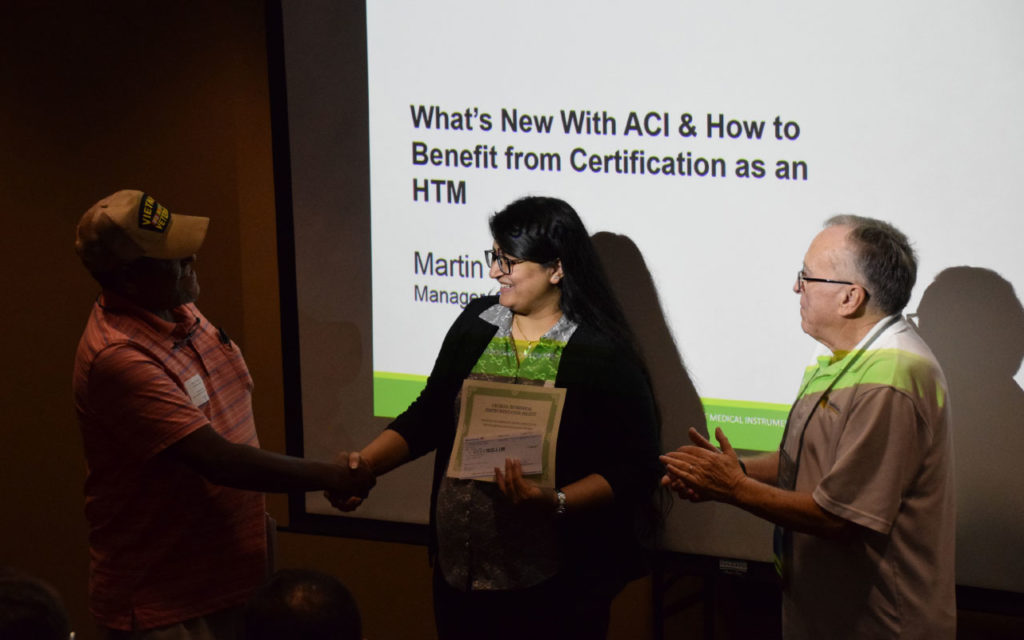 The state of Georgia has a lot to offer, from mountains and vast foliage to oceanfront living. College football is a big deal in the state and peaches can be served in more forms than imaginable. The winters are usually not too bad and there are many opportunities for tourists.

The state’s biomed association has been in existence for 34 years. It was incorporated as a 501c3 organization in 1998. The Georgia Biomedical Instrumentation Society (GBIS) serves the HTM community across the state of Georgia.

“The GBIS conducts several educational seminars each year, hosts meetings on a regular basis, has an annual conference, and encourages additional chapters in the parts of the state where there is interest. We also contribute to affiliated charity organizations,” according to the organization’s website.

Horace Hunter is one of the founding members and holds the position of executive director. Hunter has been in biomed since 1975 and has been involved with associations in Colorado, Florida and Georgia. Hunter is now retired after 35 years at Archbold Medical Center and stays busy with GBIS, his business and helping people. Dr. Mike O’Rear and Emmanuel King, along with Hunter, are the last founders still actively involved with the society.

The Georgia Biomedical Instrumentation Society originated as an amalgamation of several separate organizations.

“Each group was having problems with individual participation,” Hunter says.

He says that back in the 1970s and 1980s there were few schools offering biomedical technology.

“So, the group decided to develop an organization to promote the HTM profession by advancing the knowledge of personnel involved in the selection, development, operation, repair and support of biomedical instrumentation. Georgia Biomedical Instrumentation Society was formed,” Hunter says.

Although education is a core element of most biomed associations, there are other projects and commitments that enrich the local biomed community. GBIS has been involved in several initiatives.

“Many of our members promote HTM Week at their hospitals and a picnic for biomeds. GBIS has conducted workshops at schools and hospitals around the state to help promote the HTM career field to students. GBIS has coordinated training classes for biomeds by utilizing corporate members who care about the betterment of HTM. Several of our corporate members have donated equipment to technical schools to help train biomeds for the HTM field. Next year, we plan to have a workshop committee to develop a list of schools throughout the state to participate,” Hunter says.

“GBIS has assisted job recruiters, vendors, manufacturers, students and others with job placement opportunities. We don’t post jobs wanted/needed because it is hard to keep up with. What we do is refer to other websites that have jobs posted; like AAMI, other biomed associations and if we can assist, we will send out emails to our member base and others,” Hunter says.

“She received a $400 check to reimburse her for some of the expenses incurred. Visit our website (www.gbisonline.org) to read the full details,” Hunter says.

“GBIS gives to affiliate charities and has helped members in need to participate in HTM events when the budget allows. We like to think of GBIS as a family helping others. Some of our past and present affiliate charities are Boehm Birth Defect Center, Team Motivation, Med Share and the Red Cross,” Hunter says. 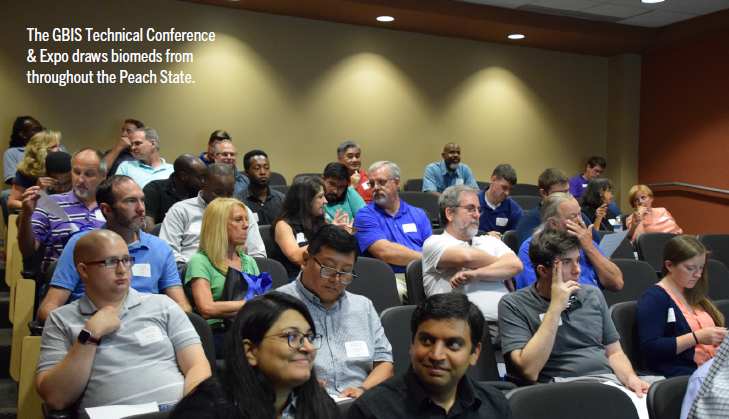 Biomeds Gather from Across Georgia

As with many HTM statewide organizations, GBIS holds an annual conference to bring together members, vendors and keynote speakers.

“The GBIS Technical Conference & Expo was held August 16-17, 2019. The highlights of the conference were the Meet and Greet event sponsored by Vizzia Technologies. This was held at the Marriott Courtyard with free food and drinks for all. Participants gathered to mingle with others and have a great time,” Hunter says.

“GBIS has conducted a conference every year since its beginning. We try to move the conference location across the state of Georgia to give members the opportunity to attend. This year’s conference was held at Central Georgia Technical College in Macon, Georgia. We had a little over 100 in attendance and offered several classes for attendees which earned ACI credits. Our guest speaker was Martin J. McLaughlin of AAMI and we have several supportive vendors and sponsors,” Hunter says.

In addition to, and concurrent with the conference, the group holds an annual meeting for members at large. “We hold tele and video conference meetings for the board of trustees and directors as needed throughout the year,” Hunter says.

“GBIS is very involved with all the technical colleges in Georgia that offer a biomed program. We have several members that are instructors but to start the programs, we had to get state approval,” Hunter adds.

Hunter was on the committee that wrote the state standards that the Technical College System of Georgia used to establish the Biomedical Engineering Technology and the Specialization in Biomedical Technology programs.

“Three of our board members teach the biomed program in two of the technical colleges in Georgia. Mr. Glen Stone teaches at the Central Georgia Technical College in Macon, Georgia, and Dr. Mike O’Rear teaches at Chattahoochee Technical College in Acworth, Georgia. Dr. Jeff Smooth is now teaching at Mira Costa Community College, Ocean Side, California. We have several other technical colleges in Georgia we support as the need arises,” Hunter says.

In the Peach State, HTM professionals have an established friend and advocate in GBIS.