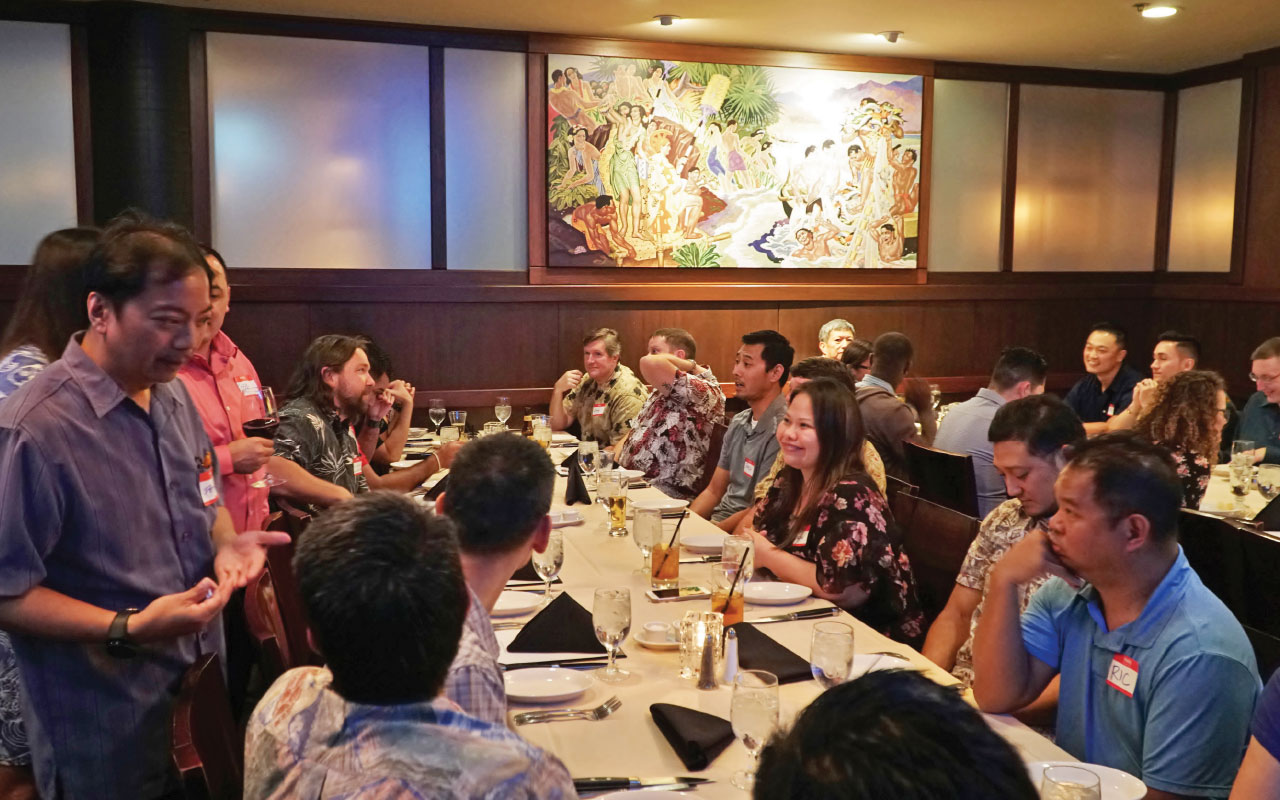 Association of the Month: The Hawai‘i Healthcare Technology Management Association

While the palm trees sway and the tourists gather at Waikiki, the serious business of networking all of Hawaii’s HTM professionals goes on behind the scenes. The still-young Hawai‘i Healthcare Technology Management Association was formed in 2017.

The association may be the only one that greets the HTM field with its acronym; HiHTM.

Eric Tessmer, CBET, service manager, Lifescience Resources was one of the presidents of the prior biomed association in Hawaii (Hawaii Association for Biomedical Instrumentation) for several years and helped bring together the interested parties to start up the new association.

The association’s website captures its purpose statement perfectly. “HiHTM is the society for Healthcare Technology Management professionals in Hawaii. Our purpose is to provide a forum for discussion and [the] education of those who provide technology support to the health care community. While the majority of our members are clinical or biomedical engineers/technicians, HiHTM also encompasses IT personnel, hospital safety officers, educators, field service engineers, OEM design engineers and other related professionals in Hawaii,” it reads.

The association started through the cooperative efforts of two groups.

“This started off as two groups, both interested at the same time in starting a new biomed association; one from Kaiser Permanente Hawaii and one from members of a former biomed association (Hawaii Association for Biomedical Instrumentation {HABI}) which had been defunct for several years. Eric Tessmer of the HABI group, reached out to Laura Lewis (who represented the Kaiser group), to discuss what the Kaiser group was doing and to see if there might be any interest in merging. Within two weeks, the two groups got together to discuss merging to form one group,” Predum says.

He says that this first meeting was attended by five biomeds from Kaiser and five from the group led by Eric Tessmer.

“This was a very interesting meeting, first in getting an understanding of each group’s interests and also in determining how much progress had been made on each association’s infrastructure. There were competing ideas and directions, but by the end of this meeting, the decision was formalized to join forces and merge the two entities into one,” Predum says.

Predum says that in order to accelerate the pace of forming the association, they created a steering committee to be comprised of several interested biomeds, who would work out the logistics necessary to form the association.

“From this, teams were assigned to work on the necessary aspects to create our nonprofit association. We subsequently voted in our board of directors, officers and committee chairpersons. Currently we have 10 people on the board, four officers, three committee chairpersons and about 50 members,” Predum adds.

A First Expo and Training 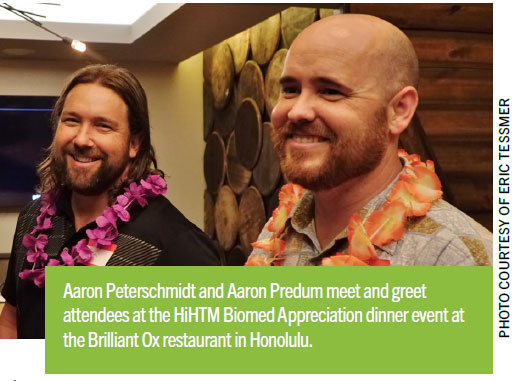 The new association was organized, duties were delineated and officers were appointed. Now, the important work of an HTM association began. HiHTM had a mandate and set about the task of enriching its members.

“A large part of our association is education and encouraging and increasing the level of professionalism in biomed community,” Predum says.

He says that the group has already embarked on several initiatives.

“AAMI certification test prep classes sponsored and taught by SFC Jose Maldonado and CW4 Ramon Pagan at Tripler Army Medical Center. This program was provided to help the Army biomeds get certified, but SFC Maldonado and CW4 Ramon Pagan generously opened the classes up to any civilians interested. Out of this, in the past year we had several biomeds achieve certification,” Predum says.

Predum has reached out to one of the local community colleges and discussed restarting the biomed trades program with their director, which was discontinued several years ago.

“In most of our bi-monthly meetings, we feature speakers with engineering, clinical and technical backgrounds to provide education information on topics such as new technology, biomed safety, test procedures, technical overview and Joint Commission procedures,” Predum says.

Most HTM associations and societies host an annual convention or symposium. HiHTM hosted its first expo in February.

“In February, we will have our first annual healthcare technology management expo in Hawaii, which will be a joint presentation between HiHTM and Hawaii Society for Healthcare Engineering (HISHE). We intend to have several breakout class sessions and joint association keynote speakers, which will include health care compliance expert George Mills. We are also looking into bringing in a motivational speaker to discuss how to improve interpersonal communication on the job,” Predum says.

He says that the group holds meetings every two months. They are simulcast via Skype or Facebook Live.

“We have developed a very good relationship with our vendor community. For our last meeting, we invited the Puritan Bennet division of Medtronics to give a technical presentation on their ventilators, which covered a brief history of all the platforms, showing the evolving technology and clinical capabilities, current hardware and firmware available, how to dissemble and troubleshoot, and how to do preventive maintenance,” Predum adds.

“During the next year we’ll have more vendors doing clinical and technical presentations,” he says.

Increasing membership in HTM associations can be a challenge with the baby boomer generation biomeds retiring in large numbers. Every group needs a plan to replace these members.

“We are reaching out beyond our biomed community to invite people in other areas of the medical field to join in our meetings to give them exposure to our organization and to the biomed community,” Predum says, explaining their strategy.

When in the Aloha State, remember that there is a thriving HTM association advancing its members’ knowledge, supporting certification and building unity within the Hawai’i HTM community. It’s not only about swaying palm trees and Waikiki tourists in Hawai’i.