Posted By: TechNation Development Teamon: July 01, 2021In: Association of the Month, Magazine, Spotlight 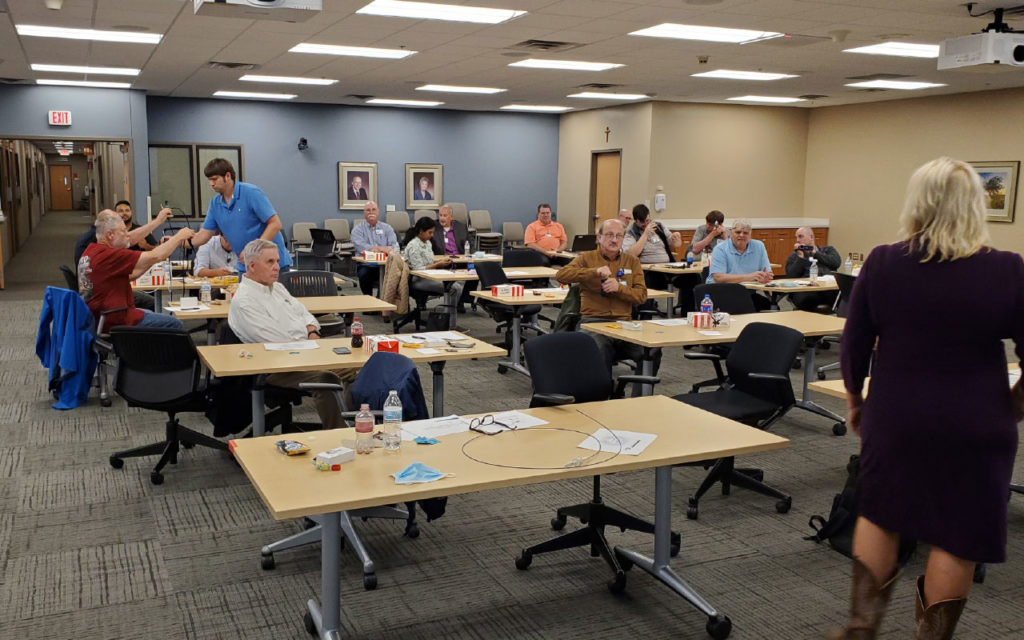 Biomed associations from coast to coast have been happy to wave good-bye to 2020. It was not a particularly productive year for events, networking and training. Any real beneficial assembly had to be replaced with a virtual environment that just didn’t quite stack up.

One of those groups, right in the middle of the country, is the Heartland Biomedical Association (HBA) which holds many of its events and activities in the Omaha, Nebraska area. The association is replete with members who hail from Iowa, Kansas, Missouri, Nebraska and South Dakota.

The association has a long history dating back to 1994, President Scott Ostrand says.

Back at that time, Ostrand says the most influential persons who got the group up and running were Dale Rose and Paul Straub.

Ostrand says that the HBA started with a handful of managers and techs in a reserved meeting room who developed the bylaws and determined the meeting formats.

“Originally, we held meetings according to Robert’s Rules, but over time we felt a more casual meeting environment would be better attended. Some of the first official meetings were presentations of new equipment and their clinical uses. We relied on our relationships within the hospital and received education on clinical aspects of EEG, ophthalmic surgery and other local presenters,” he says.

The group offers an annual scholarship to local students to foster a relationship with new graduates and their job opportunities. The first scholarship was offered in February of 2020.

“Our second annual scholarship was presented to Iowa Western Community College, and we are waiting on the recipient announcement. We have five recent graduates from the electronics and laser program actively seeking HTM jobs,” Ostrand says.

Throwing a Wrench in the 2020 Schedule

The group was not able to hold scheduled meetings after January of last year. The first quarter of this year provided members with the first steps back toward normalcy.

“We began meeting again in March. We met in a large space, socially distanced, and allowed members to decide for themselves whether they wanted to mask or not (most did). We allowed the presenter to be mask free. All food items were single serve (no buffet) to follow CDC guidelines. The topic was UVC sterilization equipment presented by Jeff Kloster of The Rhino Group. We had about 30 in attendance,” Ostrand says.

The HBA normally holds scheduled meetings in January, March, May and November.

The group’s May meeting was scheduled for a similar location as the March meeting, maintaining social distancing and the other rules. Presenters included Chyrill Sandrini, director of surgical services and biomedical solutions at MultiMedical Systems, and Scott Wooster, account executive for MultiMedical Systems. The presentation covered the safe handling and care of scopes. Ostrand says that they generally record presentations and put them on the group’s website heartlandbiomedical.org.

Although HBA had to miss its scheduled 2020 symposium, the group did hold the event in 2019.

“We had about 75 attendees over two days of education and a vendor fair with another 60 participants in the Saturday golf outing,” Ostrand says.

“One thing we do is on Friday night, after the symposium, we host all of our vendors, presenters and attendees and have dinner at local favorite restaurants as a thank you to everyone’s hard work,” Ostrand says.

The 2019 event included courses such as “BMET to Imaging Path,” “Automate, Optimize and Secure your Clinical Network” and “Implementing a Support Strategy for Diagnostic Ultrasound.”

In addition to the scheduled meetings that were upended, the association also had to postpone its efforts to recruit students into the biomedical field.

“We were invited to a job fair, but it was cancelled due to the recent COVID pandemic. We don’t have any local biomedical technical schools, but we are focusing on electronics students who agree to take medical terminology and anatomy courses as electives. We are really trying to recruit and train local talent,” Ostrand says. 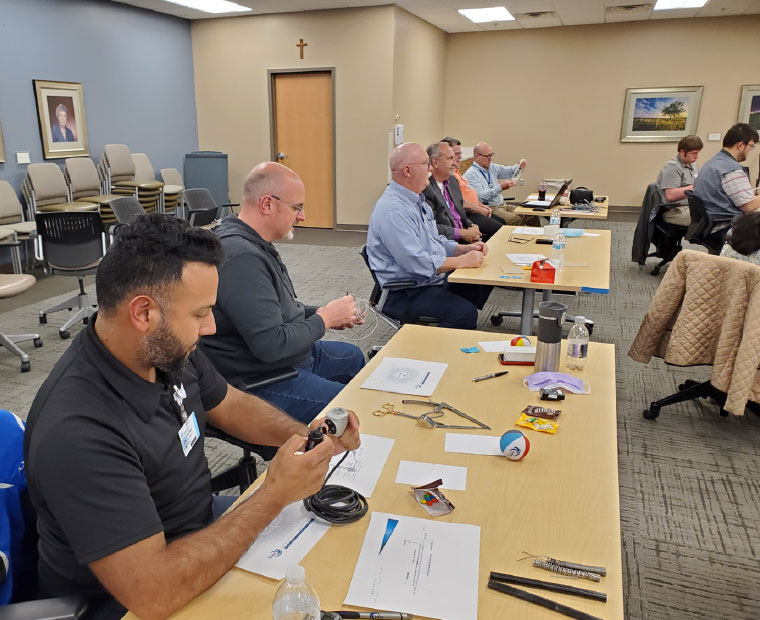 The group has also made an attempt to replace retiring baby-boom biomeds with the newest members of the profession.

“We are stepping up efforts at the local level. I’ve begun calling local colleges, asking about job fairs; reaching out. It’s very difficult to find replacement positions, but this is how we have to do it in ‘fly-over’ country. Our new recruits are keeping membership steady,” Ostrand says.

The reason behind the loss of last year’s annual symposium was that the group lost its venue. The annual event is normally scheduled in August; but 2021 is proving to be a big improvement. There will be two exciting fall events.

This August, the association will host its annual golf outing to raise scholarship money and provide local vendor/partners opportunities to meet with membership in a more casual environment.

The following month will be a more all-encompassing event that will bring together even more HTM professionals.

“This year we will not be having a symposium in Omaha. We are proud to announce we are co-sponsoring the HTM Mixer in Kansas City, Missouri on September 10, 2021. We have teamed with Gateway Biomedical Association in St. Louis, Missouri and HTMA-Midwest in Kansas City, Missouri. We’ve met several times over the winter/spring and are assisting with obtaining presenters,” Ostrand says.

The HTM Mixer is set for September 9-10 in Kansas City, Missouri. The event, held at the Kansas City Marriott Downtown, will feature two days of networking, education and fun, according to organizers.

The event will be jointly sponsored by GBS, the HTMA-MW and HBA. More information is available at kc.htmmixer.com.

With increasing numbers of Americans receiving vaccinations, the schedules of HTM associations can begin to look like they once did, and biomeds can benefit from all the networking, training and activities that go with meetings and events like the HTM Mixer.