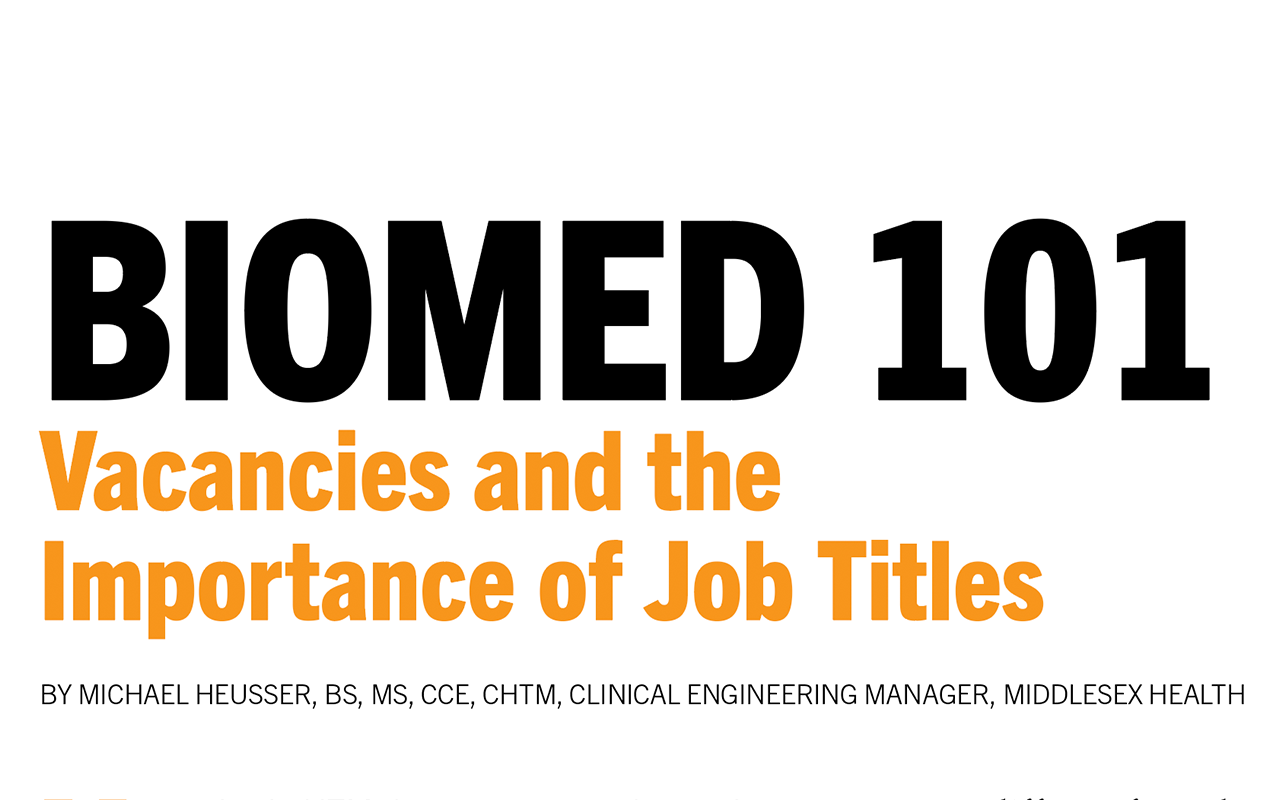 Biomed 101: Vacancies and the Importance of Job Titles

Posted By: TechNation Development Teamon: September 01, 2022In: Magazine, The Bench 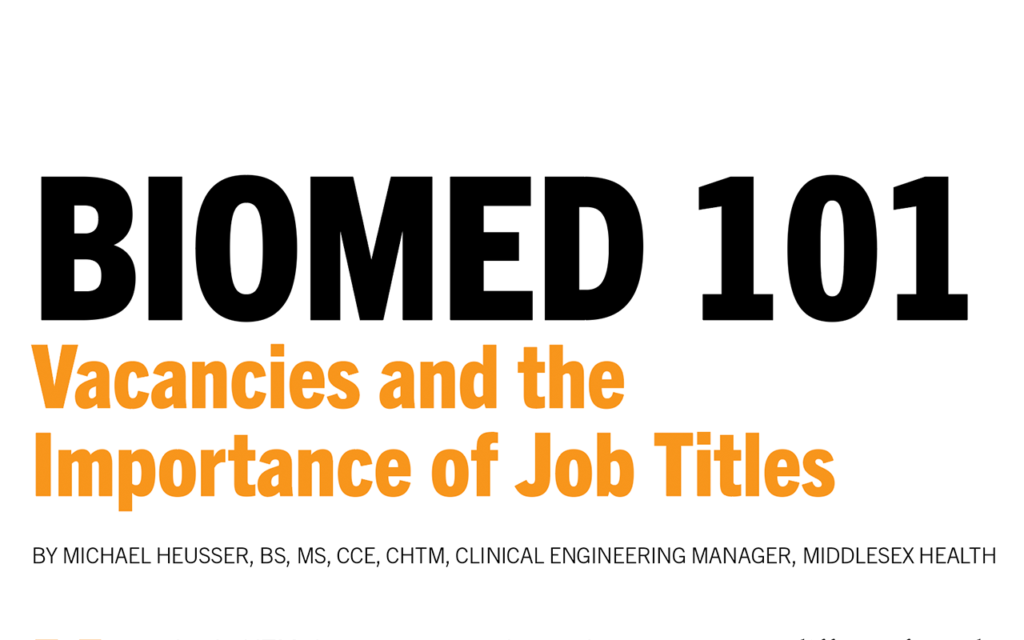 Vacancies in HTM departments are becoming more common and more frequent than ever. There are no expectations of this slowing down either. Recent polls show that nearly 50% of individuals in the field are older than 50 with an estimation of 35% of the field retiring by 2028. Despite the growing need of the field for fresh talent, very few students graduate from programs designed to fill this need.

This will create staffing shortages with cascading consequences. Compliance with regulatory requirements and repair turnaround times become more challenging to meet within normal operating conditions. This leads to an increase in overtime costs and supplemental labor expenses to mitigate impacting compliance or patient care because of unavailable equipment. Staff burnout becomes a strong possibility that could lead to additional vacancies creating a cascading effect. This makes it all the more important to fill these openings as fast as possible. It is difficult to fill the openings because the job market is extremely competitive with many institutions in the same position and a limited number of candidates exist.

Unfortunately, there appears to be limited consistency in job titles across the country based on a limited review of open HTM positions in February of 2022. This review consisted of open positions across the AAMI recommended titles of Biomedical Equipment Technician (BMET) I, II, III, Specialist and Clinical Engineer. In each of the BMET titles some consistent words were seen such as technician or tech, biomedical or biomed, and the appropriate skill level. The Radiology Specialist appeared to favor Imaging Engineer over the AAMI title while Clinical Engineer had a variety of titles used. This data was a sample in time and certainly could be influenced by national employers posting far more jobs across the country with the same name as opposed to individual employers posting under one off titles.

Despite this flaw, some lessons can still be learned as some positions were posted with very specific titles that were different from the majority or were non-descript in their title requiring the applicant to open and read the posting to determine if they were interested in it. This makes it less likely for that posting to have the proper candidates apply than other postings. One example would be the job posting of Biomedical Technician, but when the description is read some were intended for an AAMI equivalent BMET I, BMET II, or BMET III, while other posts specifically state Biomedical Equipment Technician II.

Inconsistent job titles can not only make it difficult for the right talent to find a job posting online, but can also result in human resources compensation surveys having bad data. The sample compensation surveys that were reviewed appeared to show the same example job description for AAMI equivalent BMET I, II, III, and Radiology Specialist. This is concerning because the industry knows these roles to be far different and could have varying degrees of background, but in a market analysis they will all show the same wage data.

It is only a matter of time until all organizations experience this issue. It is important to have a strategy in place to help your organization and industry by proxy. This can be broken down into three categories of prevention, preparedness and response. Prevention efforts could be developing retention strategies and coming up with common titles with other organizations in your area. Preparedness efforts could be developing those common titles, creating strategies to mitigate a vacancy’s impact to the organization, and educating students about the field. Response efforts could be utilizing those education efforts as a pipeline and hiring a specialized recruitment service as soon as possible.

For more information on this topic, see the recorded MD Expo educational session at tinyurl.com/yckuzykn.