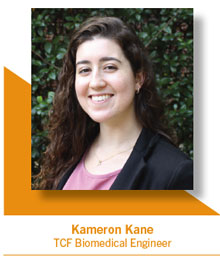 When they said college was “the first step into the great unknown,” even my most outlandish thoughts didn’t consist of graduating amid a global pandemic. And as senior year fizzled out, many of us came to the stunning realization – what was there to do besides go to grad school?

Granted, maybe it’s because I attended an institution that centers on research programs, but my post-college paths seemed limited to staying in academia or diving into the “industry” abyss. Surely someone of your academic caliber would want to continue their education, right? Getting a Ph.D. in engineering is essentially free most places, so why not? Continuing education was assumed, not chosen.

And when I pressed about what else was out there, the very narrow sect of jobs I was exposed to were research and development positions at very large, private companies. Alumni repeatedly told tales of long hours, extremely stressful work and lots and lots of red tape. On top of that, the chances of landing a position were slim at best, even if you knew someone, even if you could manipulate your credentials to eek past the resume filter. Soon it became painfully obvious that none of my professors had spent enough time, or at least recent time, working outside of academia to know what the “industry” required. Unfortunately, this also meant they subliminally pushed the narrative that it was the worse choice. And, with no one to tell me otherwise, I felt stuck while rapidly approaching a dividing path.

However, I want to acknowledge that this is both the diamond and the rough of biomedical engineering. The field is positioned at the intersection of medicine, health sciences and traditional engineering. In fact, that’s part of the reason I entered the field in the first place. This isn’t to say I won’t go to graduate school eventually, but rushing through degrees solely to complete them, or because you don’t know the other options, is at best problematic and at worst jeopardizes one of the last fields that doesn’t require a master’s for entry jobs. Being told I could do anything without further guidance felt more like an enigmatic prophecy than a token of reassurance.

But at least I knew what I wanted most: to play some role in improving lives and avoid academic burnout. However, this didn’t stop imposter syndrome from clouding my job application process. I wasn’t entirely sure what I was hoping for, and instead of asking if a position met my qualifications, I wondered if my qualifications even existed.

A few months later, and a few months into quarantine, I found my current position, and I could not be happier. Not only am I constantly learning new things, making me feel like a student, but I also get to see the physical manifestations of my work beyond a grade, a rewarding feeling unique to a job.

But that doesn’t cancel out the need for change. Biomedical engineering curriculums all too often use lab research as the crutch of their programs instead of just one facet, hyperfocusing on the micro and not enough on the macro. Entering the workforce shouldn’t be a later, after, second-to-school option. Clinical engineering is extremely important, although maybe presently unrecognized, work. Managing medical equipment and crucial procurement projects should be held in the same regard as stem cell research. In my very short time here it’s become increasingly obvious that BME curricula should offer courses dedicated to the basics of clinical engineering, just as there are for mechanical and electrical engineering.

On an even larger scale, there needs to be a more conscious effort to demystify and deromanticize engineering. Academics and industry professionals alike should focus on engaging with soon-to-be graduates in more meaningful ways than just reiterating their company’s mission statement. Offerings like facility tours and job shadowing are far more influential in recruiting people who want to join your line of work. This is particularly salient for clinical engineering, a discipline currently unknown to most BME undergraduates. In fact, the only reason I knew about my current position was because current employees came to speak on it. Education is incredibly important and valuable, but so is gaining professional experience. Understanding the pros, cons, overlap and intersections of the two is important. Properly equipping people with confidence at the most malleable point in their careers is a major part toward them to step into “the great unknown.”

Kameron Kane is a TCF Biomedical Engineer with the U.S. Department of Veterans Affairs.