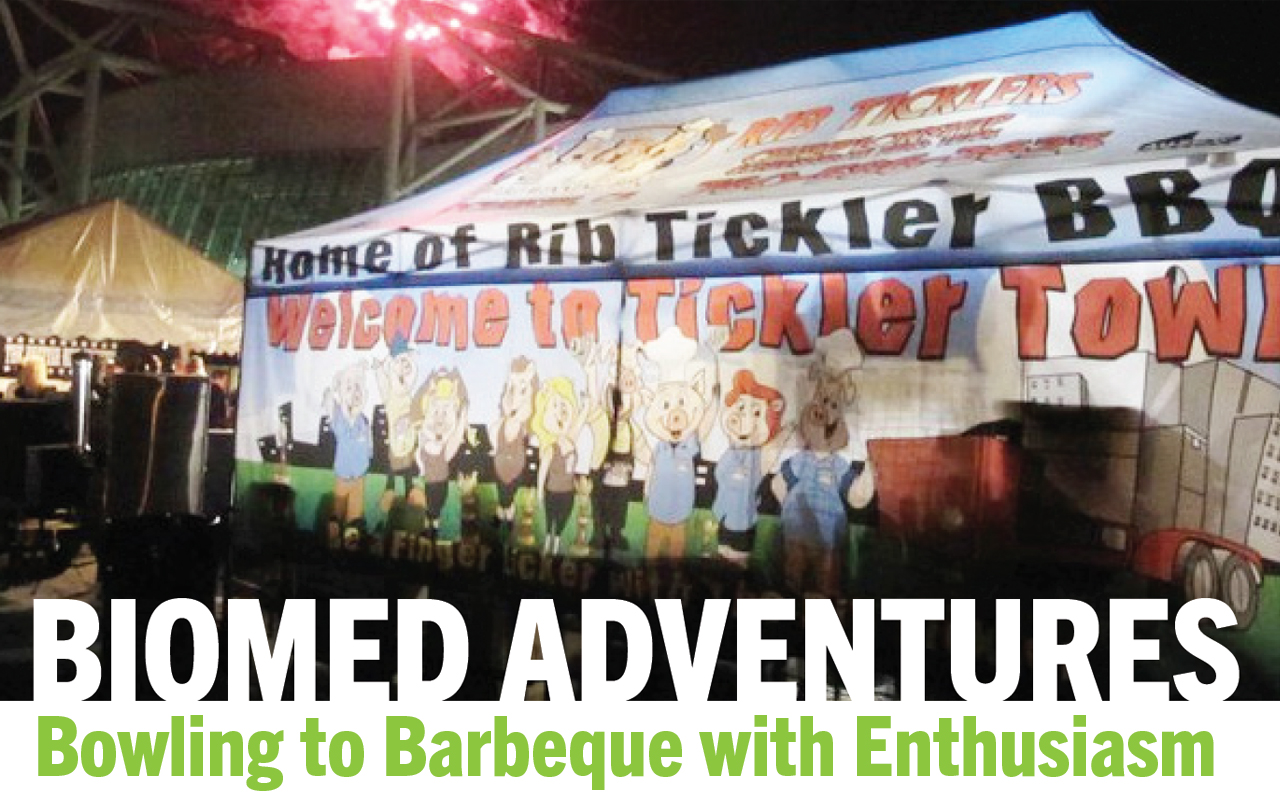 During the 1960s and 1970s, professional bowlers earned more money than NFL stars. They were celebrities and were featured on a popular TV show. Although bowling is thought to have originated around 300 A.D. in what is now Germany, the sport really hit its peak in the sports world during this era.

Beer leagues were once a part of the sport because so many professional bowlers were sponsored by beer companies like Stroh’s, Budweiser and Miller. Pro bowlers like Dick Weber and Buzz Fazio were household names.

Since the creation of the Professional Bowler’s Association (PBA) in 1958, the sport grew even more popular with ABC Sports televising the PBA Tour starting in 1965.

Among those bowling enthusiasts in the 1963 was Larry Schroeder. Today, Schroeder is an account executive for Merry X-Ray Corporation in Arizona.

“I remember the beginning of my bowling career 55 years ago as if it was yesterday. My mother was in a bowling league when I was five years old in San Jose, California at Saratoga Lanes,” Schroeder remembers.

“I was very busy as a youth; Cub Scouts, Boy Scouts, Little League, football and bowling. I believe it was these activities that kept me out of trouble as a kid. Certainly, bowling was my favorite. I remember I had a dream to be a professional bowler as early as a 10-year old as I watched the PBA tour every Saturday afternoon,” he says.

Schroeder attended PBA tournaments at Saratoga Lanes when they would come to town. Little did he know that a few years later he would meet the great Earl Anthony, Dick Weber, Ernie Schlegel and Carmin Salvino as a senior in high school.

“I was the captain of the varsity bowling team in high school. I became a member of the PBA soon after high school. In fact, Earl Anthony endorsed my application,” Schroeder says.

He is very proud that he was able to accomplish his lifelong dream and become a professional bowler, although he says there aren’t many notable accomplishments.

“A few 300 games and having the opportunity to bowl with many of the bowling greats over several decades,” Schroeder says when asked about the highlights.

“I am still an active member of the PBA 50 Tour, however my busy health care career has yet to let up to allow me to bowl in more tournaments. In 2005, [while] I was bowling in the qualifying rounds of the U.S. Open, I obtained a slipped disk in my cervical spine (C6/C7). Shortly after having spinal fusion surgery, doctors told me my bowling career was over,” Schroeder adds.

When it comes to putting bowling into perspective, Schroeder waxes philosophically more than being braggadocios.

“I set my sights to becoming a professional and did it. Sure, there are a few dozen honor scores and wins along the way but nothing really to brag about. I guess I could be noted as one of the local ‘hot shot bowlers,’ but in the professional ranks it is a different world. Highly competitive; it is a different world. That being said, at 57, I am still a PBA member and qualified to compete with the best in the world,” he adds. 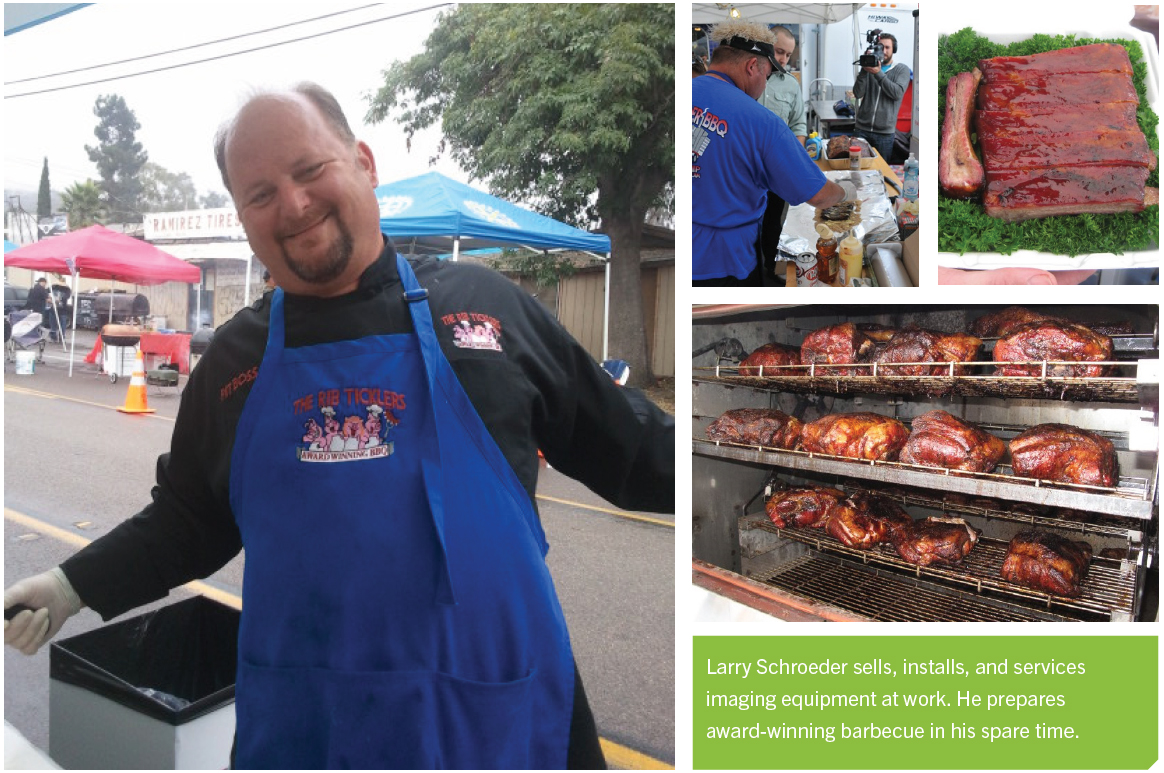 While one passionate pastime may have come to an end, another was in the wings for Schroeder, or more appropriately, the ribs. Although his days of bowling strikes had ended, a new opportunity was to be discovered.

“During my recovery, I attended my first barbecue contest in California. It was that contest where I met Todd Eves, owner of Out of this World BBQ. Todd became my mentor as a barbecue pitmaster. I attended barbecue contests as a team member and assisted in many catering events learning a great business at the same time,” he says.

Eventually, he branched out and learned with other BBQ teams.

“I started my own competition barbecue team and catering company called Rib Tickler BBQ. We won many awards including the Grand Championships in California’s largest BBQ competition,” he adds.

“We have our barbecue sauce and rubs and continue to cater small private events as time allows.”

Schroeder’s BBQ is in Maricopa, Arizona, and is described as an Arizona-based barbecue catering company specializing in the ultimate Southern-style barbecue party. When not applying secret sauce or rub to a rib or remembering bowling tournaments gone by, Schroeder has a job that keeps him busy. He is an account executive and a field service engineer for Merry X-Ray Corporation.

“I started my career as an X-ray technologist and administrator in the U.S. Navy. In 1989, I got out of the Navy and went into sales (radiology capital equipment and software). In 2015, Merry X-Ray asked me to move to a hybrid role of sales and service; something very rare and specialized. I would sell, install and service everything in my territory (Arizona). So, 50/50 sales and service,” Schroeder says.

“Currently I’m in the top five percent of my sales colleagues. My manager asks me how I do it. I simply set the goal and keep my eye on the prize. ‘Cry when it hurts, laugh when it’s funny, chase after the dream, don’t chase after the money,’ Schroeder says, quoting an Old Dominion song.

Schroeder likes to say jokingly that he is in the same class as other multi-sport professional athletes like Bo Jackson or Deion Sanders except that his sports are bowling and BBQ.