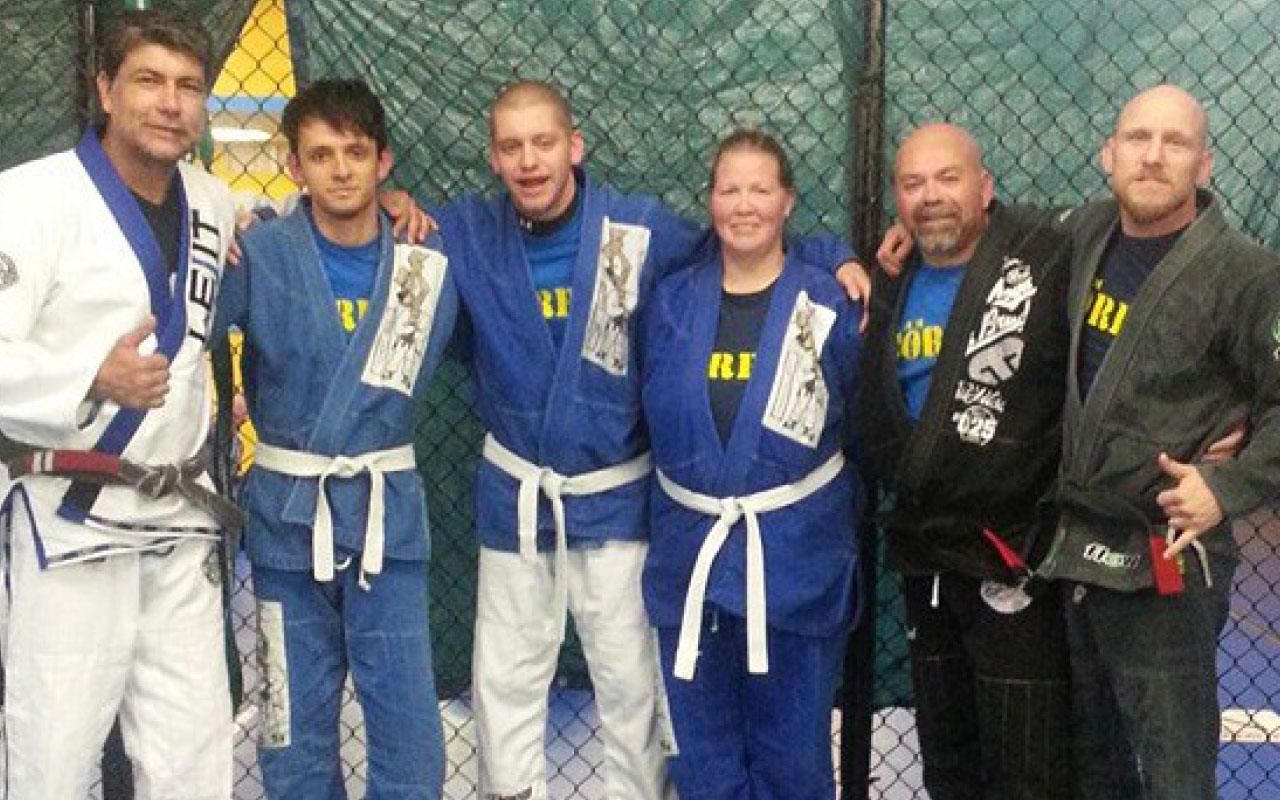 If you’ve ever watched a UFC or MMA fight or an octagon match, you are familiar with the term “ground and pound” or the importance of the “ground game.” The ability to grapple, to take an opponent to the canvas, and the strategy to get them to a point of submission, comes from very specialized training. One of the most important ways that fighters can cut their teeth to realize success with grappling is to learn Brazilian Jiu Jitsu.

The martial art teaches adherents the techniques of grappling, positioning, and in the case of MMA fighting; how to mitigate strikes and gain dominant position for striking. It also builds core strength.

The art of Jiu Jitsu grew out of Judo originally. Just after the turn of the 20th century, one of the first American Judo teachers traveled to Brazil to teach the art of Judo there. Called Jiu Jitsu, the technique was picked up by an early student in Brazil named Carlos Gracie. Gracie would popularize the current incarnation of Jiu Jitsu for self-defense, sport grappling and MMA competition.

Science of the Ground Game

There is one student of Jiu Jitsu who is also an HTM professional. Roy Sida, clinical engineer at Franciscan St. James Hospital in Olympia Fields, Illinois, also teaches the programming language C++ at Purdue Calumet as a graduate aid.

“I was actually introduced to Jiu Jitsu while at my university’s fitness center. I saw some guys training and thought, ‘I want to be a part of this,’ ” Sida recalls. “I was always sort of interested in the idea of learning martial arts, but schools were very expensive and it was also a bit intimidating, since I am a smaller guy and didn’t know what to expect.”

Sida learned that the guys training in the fitness center had formed a club for those interested in martial arts. The idea was that those who had learned different disciplines could share their knowledge with other members. He joined and began training.

“They started with Jiu Jitsu and Aikido when the club formed, and although I did like both, I think Jiu Jitsu stuck because it was a martial art you can jump into sparring from day one. There is no striking so you can also go 100 percent when training unlike other martial arts. It’s something that you kind of learn by doing instead of having to practice forms for a while before using them,” he says. 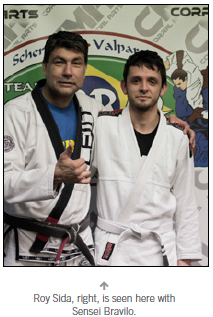 Sida says that Brazilian Jiu Jitsu was adapted from Japanese Jiu Jitsu to rely less on strength. He says that the techniques should allow a fighter to make use of them on someone bigger and stronger. That appealed to him.

“It is also a great form of control, where you can use it in a self defense situation to control your attacker, or even put them to sleep without having to hurt them,” Sida says.

“But, what probably got me the most interested, was watching all the old videos with members of the Gracie family going around to different dojos (schools) and challenging their best fighter and defeating all of them with Brazilian Jiu Jitsu,” he adds.

“Even at the start of mixed martial arts, fighters quickly caught on to the importance of knowing how to fight on the ground,” Sida says. “The Gracies defeated a lot of very good fighters because, as soon as the fight went to the floor as most fights do, the other fighter did not know what to do.”

Because it had few members and people’s schedules changed, the club did not last very long. Sida happened to meet someone who trained at Corral Martial Arts and began training there.

“I actually revived the club with a few friends and still run it today at Purdue Calumet. I introduce others to martial arts the same as I got into it and practice with a few people who are in a position where training out of an academy is just out of their budget. I collaborate with my academy and every now and then bring in members from my club during their open mat nights so they get to train with all the fighters there,” he says.

Sida is only able to train two times a week because of his busy schedule. His schedule can get hectic. He has tried his hand at a couple of tournaments and is training for a third.

As if Jiu Jitsu training wasn’t enough to occupy Sida’s off hours, he can be found at the head of the classroom as well.

“I am teaching C++ at Purdue Calumet as a graduate aid; I’m not actually a professor,” he says. “So I applied for grad school right after getting my bachelor’s and about three weeks before classes started, I was informed that a professor had recommended me for the position, and if I would be interested in teaching C++.”

Purdue Calumet is in Hammond, Indiana, about 25 miles from Chicago. It is a regional university and is part of the Purdue University system. 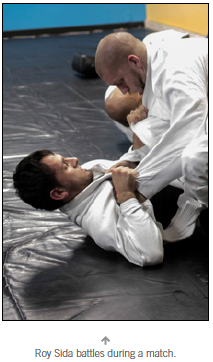 “Talk about a late notice, but I was interested and agreed to it. Both lab and lecture were left up to me, so aside from helping me with the curriculum, the professor did not have much involvement,” Sida says.

“Although that was a bit stressful at times, I feel like it made me grow a lot professionally and really reinforced my knowledge in C++,” he adds. “I felt like I had a rough start, but I feel like I have a good relationship with my students and have had many compliments. I am currently having them work on their final projects and I am very excited to see what they produce. This project not only allows me to evaluate what they have learned, but evaluate myself.”

On the job, Sida services clinics owned by The Specialty Physicians of Illinois and the Franciscan Physician Network, located in the area around the two Franciscan hospitals in Chicago Heights and Olympia Fields.

“In Olympia Fields, I work with our telemetry system, a lot of general equipment and occasionally assist our imaging specialist,” he explains. “At Chicago Heights, aside from the general stuff, I also assist the work in surgery.”

From working on medical equipment to standing in front of a class to grappling with an opponent, this HTM professional gives new meaning to the term modern Renaissance man.

If you or someone you know would be a great fit for our Biomed Adventures feature, please fill out the form below.