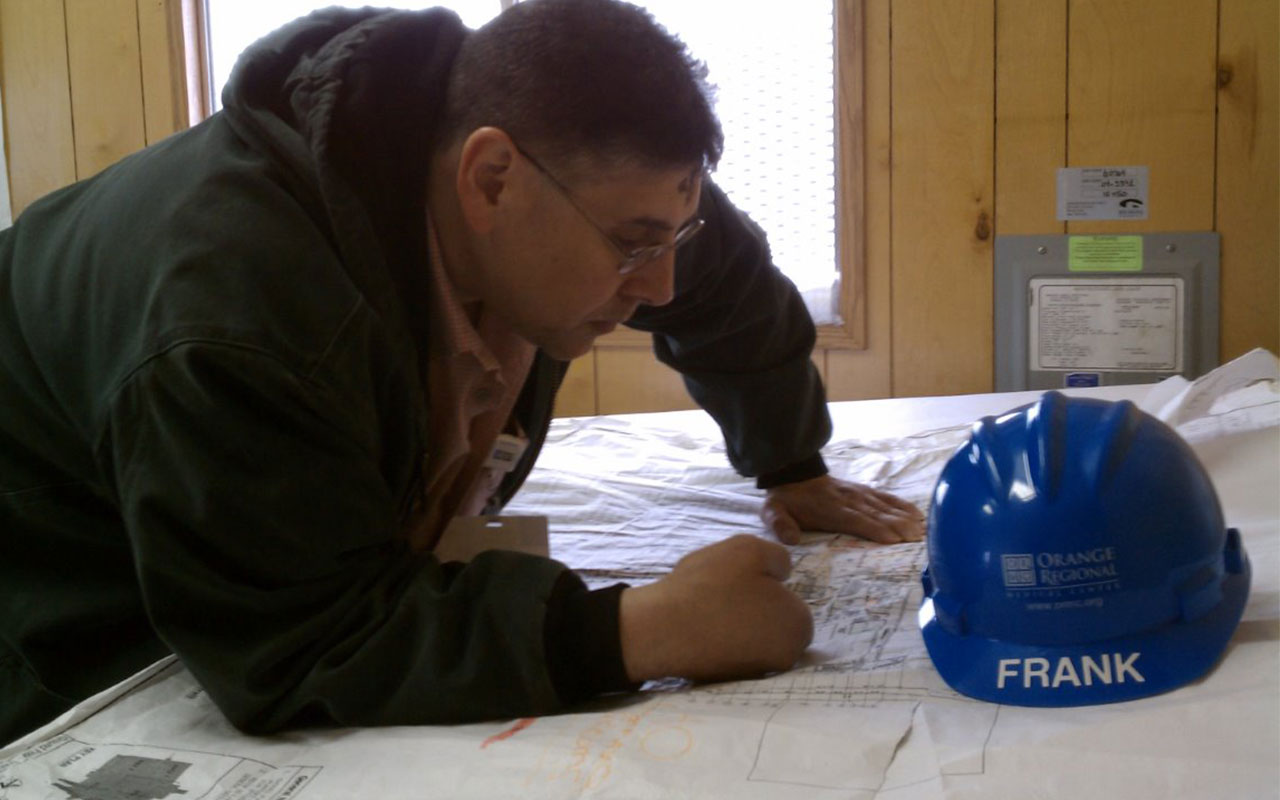 The do-it-yourself craze has been enough to support several big box store chains, along with their contractor customers. Manufacturers have produced many products with DIY’ers in mind. A number of cable shows have reinforced the confidence of DIY’ers everywhere that they can turn a lump of coal into a diamond.

Projects like installing laminate flooring or ceramic tile are well illustrated online. Putting up a kitchen backsplash or putting a new finish on a garage floor have been made extra easy through updates manufacturers have targeted at the handy homeowner.

It’s not a surprise to find HTM professionals among the DIY community. For many; it’s second nature.

One biomed who has put his DIY skills to practical use is Frank Caroselli, BMET III, who works at the Orange Regional Medical Center-Pavilion in Middletown, New York.

Asked about where he got his training for doing DIY projects, Caroselli responds like many HTM professionals would. 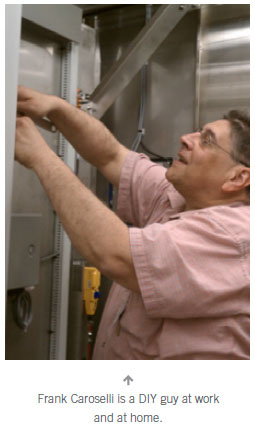 “I do have a degree in electrical technology and I had some formal education from some night classes I have taken over the years. Of course, there is just taking things apart; something my parents did not appreciate all the time. I give a lot of credit to my dad; we did a lot of projects together. Doing so allowed us to teach a lot to each other,” Caroselli says.

There were other informal methods that contributed to Caroselli’s knowledge of all things related to home improvement.

“I do watch a lot of home improvement shows like ‘This Old House’ and ‘This Old House Hour.’ My wife and I even worked on a house in our town featured on ‘Extreme Makeover: Home Edition’ a few years back for a family we know well. It was a lot of fun and felt so good being part of it. They also asked me to be part of a commercial they were filming, but when it aired I didn’t see myself. I know what they mean by winding up on the cutting room floor,” he says.

Keeping the House Up to Date

As most DIY’ers come to realize, if you own a house, there are savings to be found in self-repair and modernization. Over the years, those inclined to tackle projects themselves learn a number of skills.

If you pay attention to detail, familiarize yourself with the local building codes and know how to swing a hammer or use an reciprocating saw, then the DIY route may be the way to go.

“I have done it all, as any homeowner learns; owning a house involves maintenance,” Caroselli says. “In our case, my wife and I purchased a home 19 years ago, built in 1954. I quickly learned the best way to manage some of the issues was to start from scratch. I gutted each room down to the studs, installing new ductwork, electrical, plumbing, insulation, sheetrock, molding, doors and paint.”

Of course, there are some projects that the home DIY’er doesn’t want to touch. Many would prefer to leave the plumbing and electrical tasks to the pros. That’s not the case with Caroselli; he feels comfortable tackling it all. While many a home repair person would be worried about twisting and breaking that copper pipe sticking out of the wall, Caroselli is undaunted.

“I have done a lot of plumbing installs and repairs for myself as well as for family, friends, neighbors and past employment. I am a copper guy. I also work with some brass, PVC and black pipe. I don’t like the new PEX. I enjoy doing plumbing and electrical jobs,” he says.

“Tearing walls down to the studs gave me the opportunity to see everything and reinstall it correctly and tailor it to my needs,” he adds.

Caroselli brought the electrical up to day by upgrading the electrical service from 70 amps to 200. He even installed a central vacuum system. He didn’t stop there though. His other endeavors may surpass the skill set of the average DIY enthusiast.

“I practically doubled my living space,” he says. “The additions I put in included blowing out my attic room, lifting the roof and adding three bedrooms, a full bath and an independent HVAC system. I also added in the living area; a 12×20 sunroom with a full basement and a separate mud/laundry room.”

The projects don’t stop indoors. While the outdoor projects can be a world apart from mastering indoor ones, that hasn’t stopped this DIY’er from being a whole house-whole property improver.

“On the outside, I added a 12 x 30 raised deck off the sunroom with a full patio under it and a 12 x 12 deck off the mud room. As for landscaping, there are walls built with fieldstone, landscaping ties and interlocking retaining wall blocks,” Caroselli says. 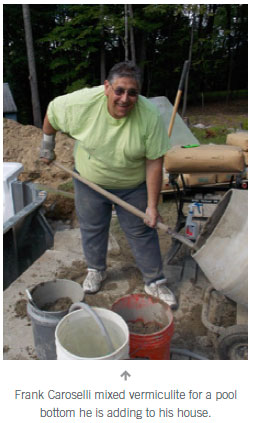 “The retaining wall I built is about 30 feet long, five to six feet tall, that tapers down to one foot. Looking down on it [looks like] sort of a question mark shape,” Caroselli explains. “The block I purchased from our local Home Depot was from the commercial line and was drop shipped from the manufacturer on pallets delivered feet away from the work area,” he says. “The first course is the most difficult, but once that is completed, its mainly just stacking the 70 pound block in a row. Each row offset from the previous row. Some gravel, drainage pipe and fabric and you’re all set.”

Living in New York doesn’t leave a whole lot of the year for enjoying a backyard pool, but that is the next item on Caroselli’s to-do list.

“I am presently ready to break ground to install a 16 x 36 in-ground pool,” he says. “Pools up here only get about five months of use. You could buy more time if you install a heater. The rest of the time, it is winterized and covered with snow.”

Caroselli got lucky and found a guy with an excavator who digs for several local pool companies. The project will be Caroselli’s first attempt at an in-ground pool. He grew up with an above-ground pool and understands what’s involved with the mechanics of the filtration.

“The assembly of the pool is going to be a family project. I’m installing a temporary fence. Next year, after the frost and the ground is settled and compacted and dry, I’ll do the concrete and fence work,” he says.

He isn’t the only Caroselli with a knack for home improvement.

“My brother (Vinny) is a contractor. I guess the home improvement is in our bloodline,” Caroselli says. “I see it in my children also.”