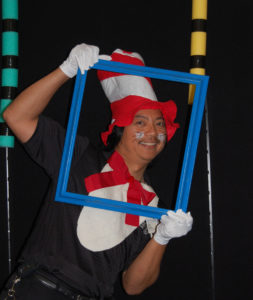 For parents, there is often an inclination to help their children find interests and hobbies or areas where they can excel. The possibilities run the gamut from mastering drones to archery, crafts and arts, gymnastics and team sports. There are lessons to be learned, skills to be mastered and goals to be achieved.

For those parents, who live in great climates for outdoor activities, such as Oahu, Hawaii, the potential exists for year-round activity.

Peter Ines, manager of Biomedical Engineering at the Kapi‘olani Medical Center for Women and Children in Honolulu, has understood the importance of sports in his kid’s lives for several years as an involved dad.

Ines has not formally been in the role of coach or assistant coach, but he has been more involved as a sort of personal trainer.

“I look at the more technical aspects of their movements in whatever sport they are doing. Along with strength training, flexibility and conditioning,” he says.

The sheer variety of sports and the number of teams that his son and daughter have been involved with is mind blowing. The list includes baseball, bowling, tennis, soccer, volleyball and basketball.

That involvement has included the Windward Volleyball League for his son and daughter. His daughter participated in five seasons with the Lanikai Athletic Club. Both children were participants for three seasons with the Trinity Christian School Junior Lions.

In addition, each child spent two seasons with the United States Tennis Association (USTA) Kailua tennis. That is only a partial list of their participation.

“My son loves to play basketball; he had to learn to play every position because as he got older, the other kids were growing bigger and taller. I put him on a training program that would develop his speed and quickness. He took it to heart and reinvented himself by dropping 25 pounds. It was nice to see the determination and commitment in him,” Ines says.

“My daughter loves to play volleyball; she plays the setter for her teams. She sustained a shoulder injury which sidelined her for a whole season. This was a harsh experience for her because of the rehab and therapy she would need to go through. As a parent, I felt bad for her and hoping this won’t be a lifelong injury. This is just part of that roller coaster ride that goes along with sports,” Ines adds.

“They go through so many emotional ups and downs, and yet are able to overcome and move forward. This keeps me close with them because we have a bond through whichever sport they are playing. I also get to watch them grow into the person they are today, which makes me proud to have been there for them,” he says.

An interesting by-product of their participation in sports was that Ines caught the bug and ended up achieving a lot in one discipline.

In addition to the team sports, the children were enrolled in the martial arts.

“There was a time when they took taekwondo lessons, which inspired me to also join. Being part of this group, we entered local tournaments to qualify for nationals. Even though they started before me, I surpassed them in belt ranking. I eventually ended with a red belt,” he says.

Ines says that this experience taught them discipline with their mind, body and spirit. He says that this is something they can use in any life situation.

“I am trying to prepare them for the world out there,” he says.

Taekwondo became a passion for Ines.

“At first, I thought taking taekwondo would keep me close to my children. Then, I found out that the adults have separate training times. So, I didn’t train with my children. By advancing in my ranking, I was looked upon as one of the seniors in our dojo,” Ines says.

He explains that he would train three times per week, along with sparring on the weekend.

“I started to enjoy it, which caused me to practice on my own till it became a way of life. Since I was hooked on it, we would enter tournaments to test our skills in forms and sparring. Throughout the years, I’ve won medals in gold, silver and bronze in the forms competition. I didn’t win any medals in the sparring competition,” Ines says.

He says that taekwondo also showed him his limits; especially when sparring with someone who is younger and faster.

“I am currently not taking any lessons, however it taught me things about myself and how I would like to be,” he says.

In addition to his involvement with his children’s sports activities, Ines has also displayed his skills as a DJ, rapper and dancer for his colleagues.

The dive into rap resulted from a work-related event.

“For work, I had to tell a story of my background though I thought it was boring so I had to kick it up a notch. That’s where I got the idea to rap it to the tune from Vanilla Ice called “Ice, Ice Baby.” After this performance, everyone was talking about it and how they were going to top it when their time comes. I decided to hang it up,” he says.

He has also taken a stab at the role of DJ and has performed that function at hospital events, including employee engagement activities, summer and Christmas parties and other reception events.

In addition to filling the DJ role, Ines has entertained his colleagues with some freestyle dance moves that he has performed at employee engagement activities, a talent show and Halloween contest.

This very involved dad is multi-talented with kids who have learned how to excel.