There’s a good reason organizations that work with kids try to pair a child up with a mentor. In some cases, there is not a parent figure to fill this role. Other times, it is because an outstanding adult is an inspiration or experienced in a particular profession. 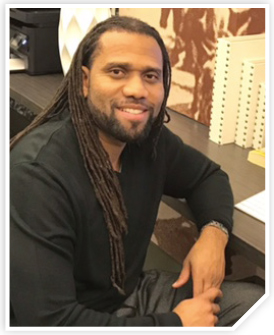 Douglas Redwine, an operations manager for the Healthcare Technology Management department (Central Region) at Texas Health Resources, was inspired by just such a person. The experience led Redwine to to pay it forward.

“When I was 12 years old, I began attending Greater Saint Stephen First Church (GSSFC) in Fort Worth, Texas and became active in the church’s youth group; Youth Alive,” Redwine remembers.

“The organization was led by a young guy named Stanley Williams, from Alaska, who had recently graduated from Howard University — first college graduate I had ever met. Stanley became my mentor and I was greatly influenced by his teaching ability and the way he related to myself and all of the youth,” Redwine says.

That influence was enough to convince Redwine to follow in William’s footsteps and mentor young people.

“After graduating college, I moved from Houston back to Fort Worth, Texas and began volunteering and speaking to a group of boys on Saturdays for a mentoring program called Men Under Construction. I eventually became the youth director at GSSFC and worked there for nearly 10 years. Through the position as a Youth Director, I realized my passion for mentoring and developed my skills as a speaker,” Redwine says.

Most experts in education agree that the future of America, and any competitive advantage we can give the next generation comes out of an emphasis on Science Technology Engineering and Math (STEM) education today. The U.S. Department of Education says that there is an inadequate pipeline of teachers skilled in STEM learning. Redwine is helping to fill the void outside the traditional classroom.

“I got into STEM education by chance. In 2011, I created a Media Arts Class for the Fort Worth After School Program at Dunbar High School with the purpose of teaching Audio Engineering techniques, the business of the music industry and to promote student creativity. While creating the curriculum, I quickly realized science technology engineering and math (STEM) were major components of audio engineering and music,” Redwine says.

“Once I made that discovery, I began researching and developing creative classes that I thought would be helpful in influencing youth who are not normally exposed to the opportunity to engage in STEM education,” he adds. “Because of my educational background, skill set and work experiences I lean towards focusing on the technology and engineering portions of STEM.”

Redwine also shares his experience and insights through motivational talks. He began garnering experience as a speaker during the years he was a youth director between 2002 and 2011. He spoke at conferences, camps and programs.

“I officially started doing motivational speaking in 2011 when I created my company, Redwine Edutainment Division (R.E.D.) and started my after school classes,” he says.

“The overriding theme of my talks is to motivate youth and young adults to recognize and tap into their unique giftedness and to encourage them to not only dream, but to wholeheartedly pursue their best academic and personal success,” Redwine says. “During my talks I provide them with applicable principles for success, while challenging them to take personal responsibility for maximizing their potential. My talk themes usually include my social media motto: Dream — Explore — Create.”

Making it all Happen

When you do the kind of work that Redwine does, to benefit young people, you can’t just sit back and hope that your services will be discovered. Most of it requires deliberate actions and to some degree, a certain amount of luck.

“I got connected with the Independent School District (ISD) by being proactive and believing that I had a program that would be beneficial to students in the district,” Redwine explains. “After creating the plan for the class, I took the brochure to a local school – Dunbar High School – with the intentions of talking to the principle, although I didn’t have a scheduled appointment.”

“The first person I met in the school’s administration office just happened to be the After School Program Director who was on site visiting the school’s coordinator. Once he found out what I had to offer, he was excited about the idea and pointed me in the right direction to apply with, and sign on with, 21st Century and Clayton Youth Enrichment Services as a contractor to offer my class at Dunbar High School, where I remained for three years,” Redwine says. 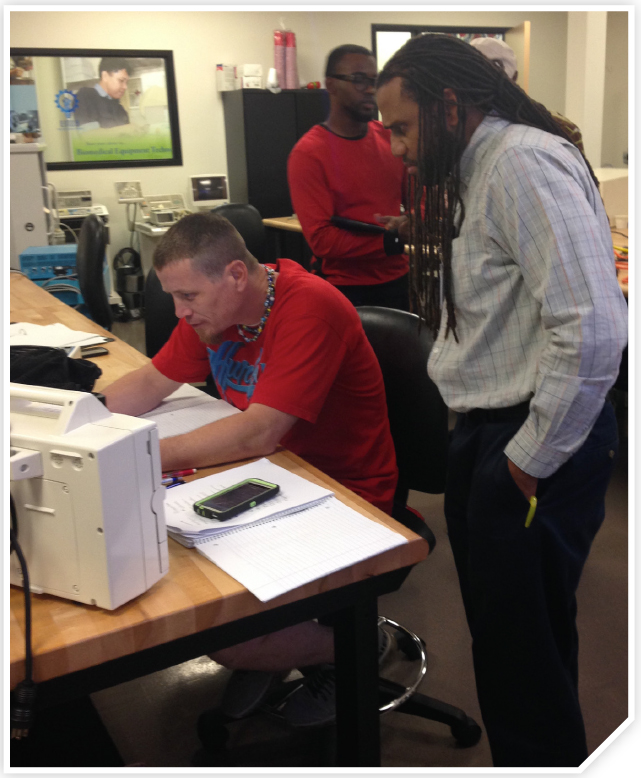 After the high school contract was complete, he offered programs at three other schools; Young Men’s Leadership Academy (YMLA), Westcreek Elementary and Atwood McDonald Elementary. He then made a bid for the ISD vendor contract in February of 2016. He was awarded the ISD After School Program contract in July of 2016 and will offer various classes at multiple schools this year.

While not mentoring young people, Redwine can be found on the job as an Operations Manager for the Healthcare Technology Management Department (Central Region) at Texas Health Resources.

“I am currently responsible for the biomed activities at five hospitals and 20 joint venture sites. My Healthcare Technology Management duties cover staff management, working with customers, administration, contracts, capital budgeting and leading the direction of HTM at Texas Health Resources for the future,” he says.

“In February I will be attending SMU Certification program and will be taking the PMP certification test in March. I’m also an Adjunct Instructor at Brown Mackie College in the Associates in Biomedical Equipment Technology department.”

Beyond mentoring other people’s kids, Redwine has experience as a dad also. “I am the father of three great kids; Nicholas 22, Kayla, 18, and Tyler, 14,” he says.

Many young lives in Texas will find direction because of one HTM professional who learned about the value of mentoring from a young age.