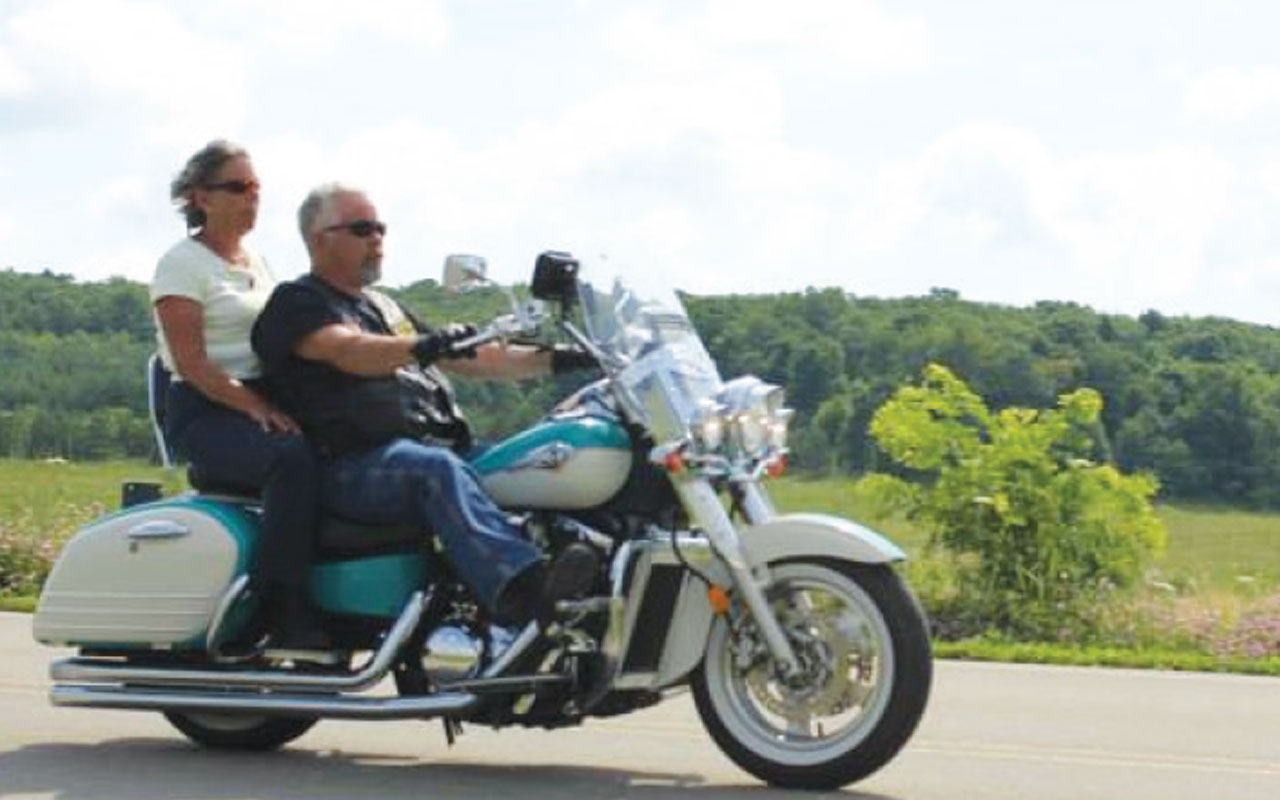 It may seem like an unusual pairing; motoring down the road on a big touring motorcycle and reciting lines written by William Shakespeare on the stage of a theater; but one HTM professional enjoys both activities.

“When I was going through Army basic training at Fort Sill, Okla. in 1980, it was cheaper to rent a motorcycle than a car when I was on a weekend pass. I found it exhilarating. I still have great memories of riding a rental through the Wichita Mountain Wildlife Refuge outside of the post,” recalls Dean Stephens, EET, CBET, supervisor of the Biomedical Engineering Department at Penn Highlands Elk, a part of Penn Highlands Healthcare in central Pennsylvania.

When Stephens finished his enlistment as a Pershing nuclear missile crewman/computer operator, he bought his first motorcycle – a 1980 Harley-Davidson Sportster.

By that August, the next time the friend saw it, the motorcycle had over 19,000 miles on it.

“I can remember him asking me if I ever got off of it. I was hooked for life. Two weeks after I bought the Sportster, my dad bought his first bike.” Stephens’ dad’s purchase of a motorcycle had significance that will be soon seen.

Stephens rode his Harley Sportster everywhere, including a trip from Kansas City, Mo., to Panama City, Fla., and back in 1988. He also travelled throughout the Midwest on it.

“I shelled the engine in it in the ‘90s and ended up going through a couple of old 750 Hondas and a Yamaha FZR 1000 crotch rocket. None of these made any real distance trips, but they were all ridden as much as I could when the snow was gone,” he says.

“In June 2010, I had sold them all, including the Sportster, in order to build up enough to buy something that would handle trips again — yes, I owned my first bike for a little over 26 years. I wanted to find a Kawasaki Vulcan Nomad, but couldn’t find anything in my price range,” he recalls. “I found a 2003 Vulcan 1500 Classic at a good price and bought it.”

While Stephens was waiting in the shop for the new ownership paperwork for his new toy, his dad called. He had news that was more than coincidental; he had just purchased a 2005 Kawasaki 1600 Vulcan Classic. Although Stephens and his dad were a thousand miles apart during that call, they had basically both bought the same motorcycle on the same day. The only difference between the two bikes was that the manufacture year was two years apart.

“Three months after I bought the Classic, I found a Nomad listed on eBay. It was at the dealership six miles from my house. I rode my Classic down, struck a deal, and completed the trade the next day. I wanted that model to get the factory hard saddlebags. I wanted it bad enough that I ended up with one in my least favorite paint scheme; two-tone beige,” Stephens remembers.

All those miles on the back of a motorcycle made Stephens a real fan and gave him a sense to advocate for his fellow motorcyclists. One way he supported the passion for motorcycles for his fellow riders was to become a motorcycle safety instructor. He has also taken an active role in organized motorcycle activities.

“I am currently the treasurer of the Laurel Highlands Vulcan Riders. I am the former National Secretary of the Vulcan Riders Association (VRA) USA and am the current National Vice-President. The VRA is an international organization of Kawasaki Vulcan riders and enthusiasts with chapters in over 23 countries,” Stephens says. 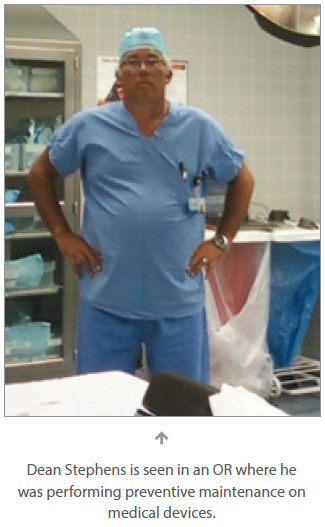 What might seem like a real stretch is the pairing of Stephens’ other hobby with his time on a big touring bike. Waxing poetically on a theater stage is a country mile from the rumbling of a motorcycle engine, but Stephens is accomplished at both.

“I was first in theater, speech, and debate while in junior high school. I took those as electives all the way through my senior year. After that, life intervened until 2009, when one of my co-workers found that I had an interest,” he says. “His wife was doing auditions for a play she was directing at the community theater in our town; M*A*S*H. I auditioned and ended up with the role of Walt Waldowski.”

The following year, Stephens earned the role of Kenny in the Neil Simon play “Laughter on the 23rd Floor.” He does about one play a year and has been in six or seven productions.

“Our venue is the Reitz Theater in Du Bois, Pa.,” he says. “Once rehearsals start, I have no life at night other than the play. This goes on for at least two months, as you start with basic read-throughs sitting at a table, to blocking out the movements, entrances, exits, etcetera on an empty stage, while reading lines from the script.”

The reaction of audiences never gets old for him.

Off the Bike and Stage

The current position that pays the bills, when not tooling down the open road or gracing a stage, is working as a supervisor; a position Stephens has held since December of 2013.

“I started as a biomed after meeting my former boss in college in 2002. He was going for his degree in Biomedical Engineering while I was pursuing mine in Electrical Engineering. He and I hit it off good, and I applied with his company in 2007. They hired someone else, but I was called back in 2008. With my mechanical, electrical, and machining background it was a great fit,” Stephens says.

He worked as a traveling technician for more than five years and gained experience with the maintenance and repair of STERIS sterilization equipment. Since the company was a large reseller of medical equipment, along with being a third-party service provider, he gained a broad-based knowledge of all makes and models of equipment.

“After I had been with the company a year, I registered for the CBET exam and took a prep webinar that Myron Hartman of Biomed Ed offered. The webinar was the best thing I could have done; I passed the exam on my first attempt,” he says.

The certification is just another feather in his cap or another patch on his black leather jacket.