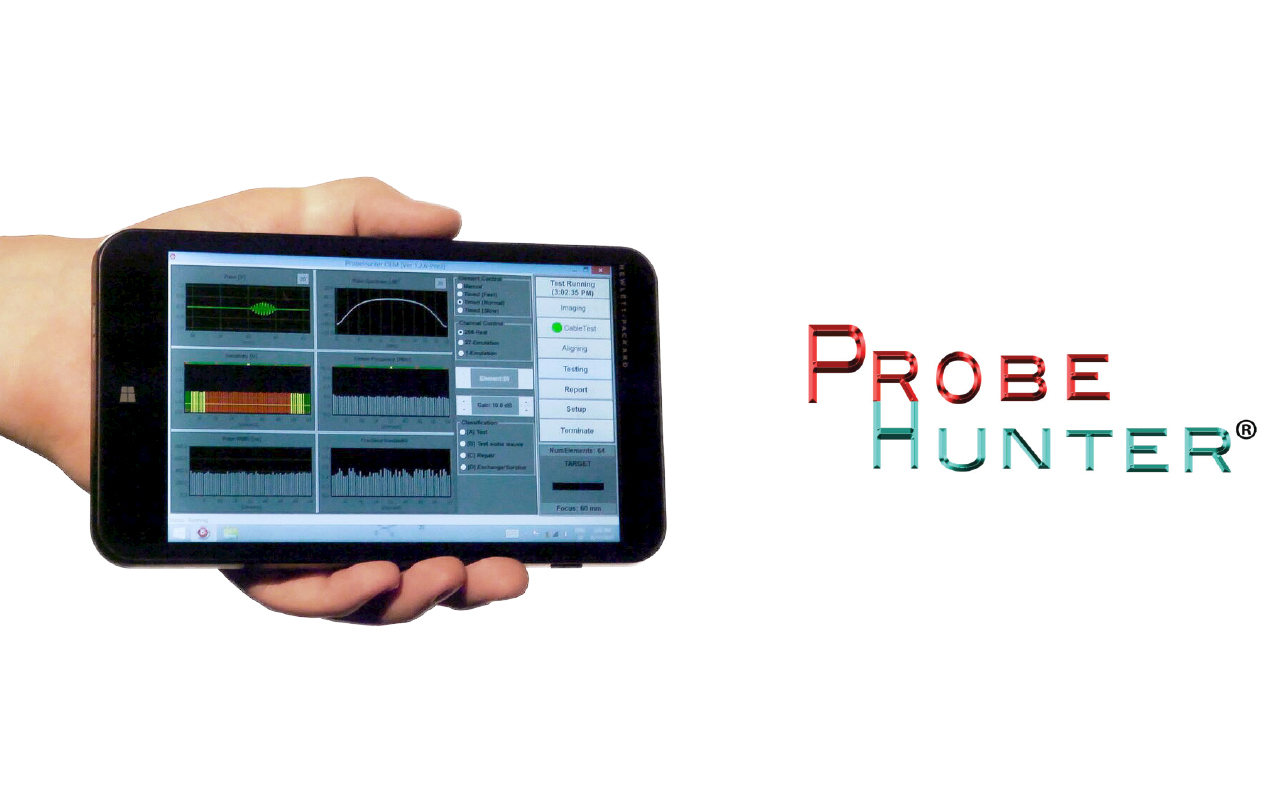 Together, Ann-Christiné and Björn Segall run the Swedish company BBS Medical AB. They have a worldwide market for their ultrasound probe test system – ProbeHunter.

“I have been in the ultrasound business for more than 30 years, I started as a service technician in the early 1980s. My background at that time was as a TV repair service man, and I did my military service in the Marines where I learned how to use radar. There are a lot of similarities between radar and ultrasound,” says Björn. “I started at Kontron with service on ultrasound and quickly ended up in sales. At this point in time, ultrasound was a new diagnostic method and you had to convince the users to use it. I had the opportunity to work with the best scientific people in Norway. Together with a friend I developed an interface and a solution for CW Doppler and that was my way to the position as European Manager at Vingmed (now GE). In 1986, I started the company BBS Medical AB. The business was sold to GE in 1999.”

In 2002, BBS Medical AB was offered the opportunity to take on an ultrasound test system: First Call. From that point in time, Ann-Christiné and Björn decided to work together. In the beginning, the biomedical engineers were very reluctant.

“You can’t see the problem, that’s the problem, you need a tester – we told them,” Björn says. “We had all the OEMs against us.”

“Finally, we got a region in Sweden to test through their inventory of probes. They had 100 systems and approximately 400 probes on service contracts. We found that 40 percent of the probes where defective,” Björn explains. “And the hospitals cancelled all service contracts and the OEMs lost substantial revenue.”

The company BBS Medical AB came away with a proven solution and more hospitals in Scandinavia wanted to test probes and buy their own testing systems. From 2008 to 2010, The Royal Institute of Technology in Stockholm (KTH) wanted to use the company’s database for study purposes. The studies confirmed the results that BBS Medical had after its initial testings: 35-40 percent of non-tested hospital probes had defects and there were confirmed incidents on patients due to faulty probes. 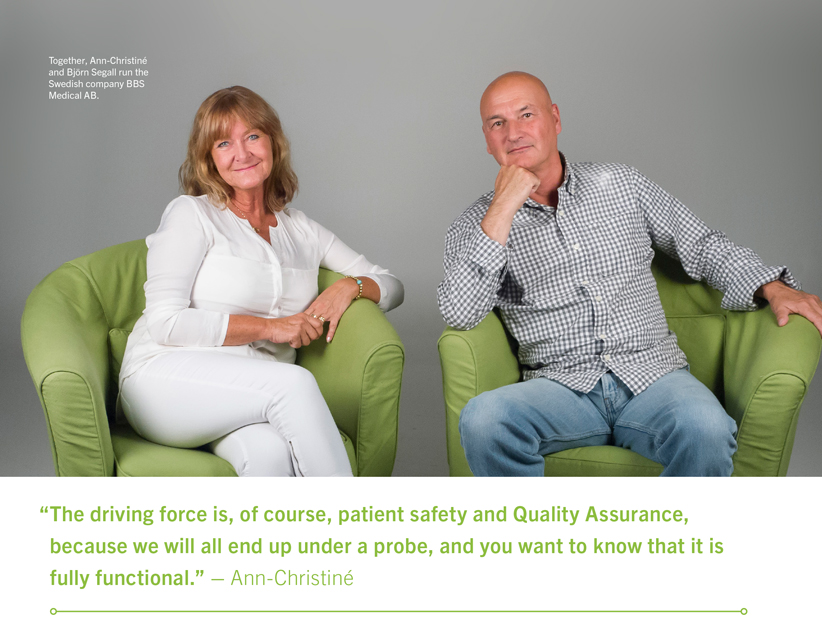 In Scandinavia, BBS Medical continued the dialog with the biomedical engineers and today there are demands when buying new ultrasound systems. The OEMs have to provide quality protocols with the probes and provide proof of how they monitor the probes over time.

“This is still unique, it took BBS Medical 14 years to implement this on the Scandinavian market, but we foresee that this will spread across Europe and then to the rest of the world,” says Ann-Christiné.

“We at BBS, knew that it wasn’t any development on the First Call since 2009. We knew since we had developed our own probe adapters to our customers,” Björn explains.

GE decided to keep the First Call for internal use and left a gap on the market.

“It took us three months to recover and to decide what to do,” says Björn. “We discussed with our customers, asked them what they wanted and everyone wanted to know more about the probes, to test in real time and wanted new features.”

“Ann-Christiné and I made a decision, let’s challenge First Call with improved features. The new project started,” Björn continues. “We found what we were looking for, and decided to invest the financial recourses ourselves. After a year we had it! ProbeHunter was born. And we made First Call Adapters to fit on ProbeHunter so that everyone with a First Call could benefit from the ProbeHunter features as well.”

“It was a great day when we introduced ProbeHunter, a real-time tester, at Medica in a closed VIP demo room in November 2014. The ProbeHunter was released in December the same year at a seminar arranged by BBS and it was sponsored by Toshiba, Siemens and Philips. Everyone in the business was curious about what we had developed. And many were impressed about the fast development, that such a small company like ours from Scandinavia had introduced such an advanced test system for the ultrasound industry,” Ann-Christine says.

Since then sales are taking off, adapters for all probe types are being developed. The system is now accepted and installed by all market segments: array manufacturers, hospitals, probe repair companies, distributors of ultrasound and OEMs.

“The driving force is, of course, patient safety and Quality Assurance, because we will all end up under a probe, and you want to know that it is fully functional,” she continues. “As we see it, every probe that is traded or in use should be frequently tested and have a test protocol.”

Until the entire industry understands the importance of testing ultrasound probes, we will continue on our mission, Björn concludes.