Posted By: K. Richard Douglason: August 30, 2019In: Department of the Month, Magazine, Spotlight 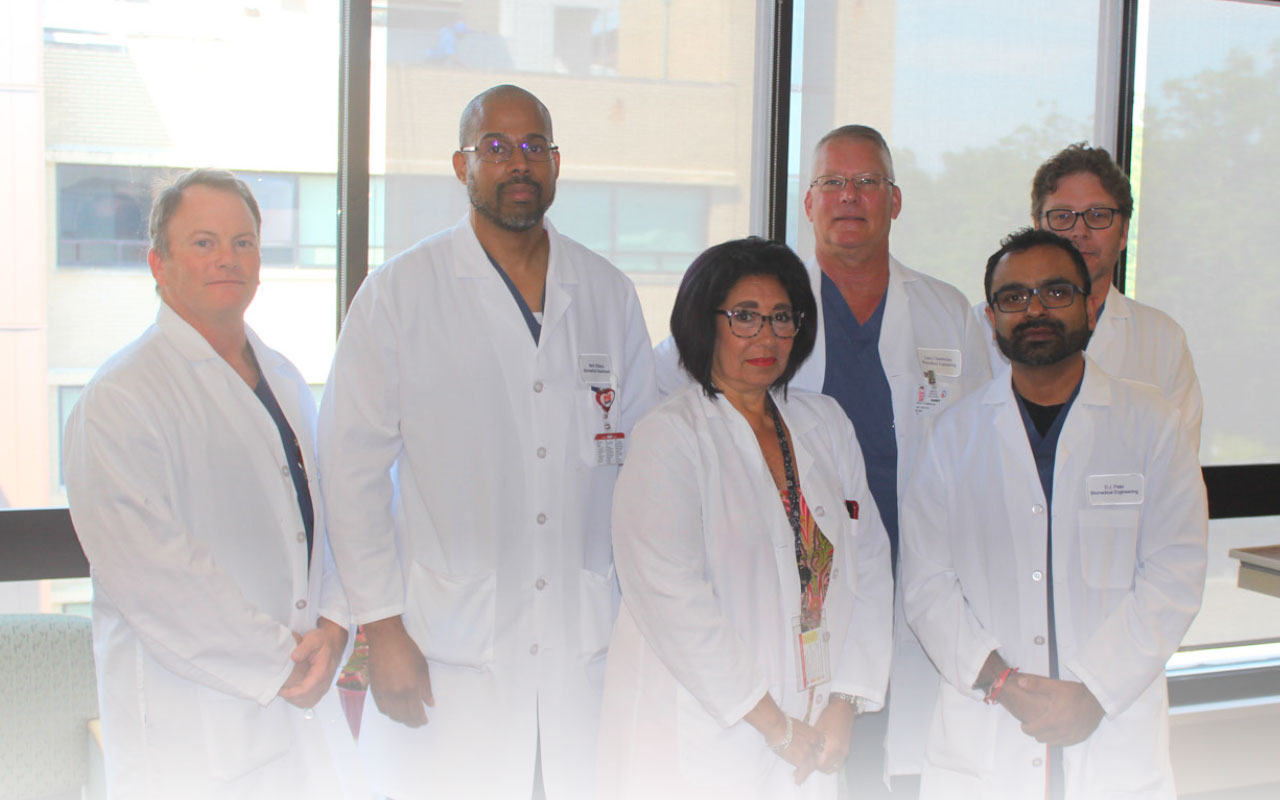 New Jersey is known for its shoreline and Atlantic City. The town of Browns Mills, near the center of New Jersey, hosts a population of nearly 11,000. The town is known for its lakes, including Mirror Lake, Little Pine Lake and Big Pine Lake, and its many recreational opportunities. It is a part of the larger Pemberton Township.

An early 20th century tuberculosis (TB) epidemic necessitated expertise in its treatment. A sanatorium and pulmonary center was founded in 1922 for this purpose. It treated and cured thousands of TB patients. This was some of the earliest healing accomplished at the Deborah Heart and Lung Center. The center is located in Browns Mills.

After its success treating TB, the center moved on to other chest diseases. It continues that focus today.

“Our responsibility ranges from inspecting infusion pumps to servicing fluoroscopic systems. Our focus is patient safety and to provide service that is helpful,” Cremer says.

There are varying degrees of integration between information systems (IS) departments and biomed. The teams at Deborah have a good working relationship.

“BMEE and IS are separate departments that have a different chain of command, but we work closely on a regular basis and with special projects. We are currently collaborating with cybersecurity and medical device integration,” Cremer says.

The biomed team also has a say in the procurement process.

“Service contracts are managed in collaboration with our purchasing department. BMEE participates in the process by identifying the need for service and weighing the cost and benefit of a contract to doing the service ourselves. By participating in the capital purchase process, BMET training is often included with the initial purchase if it makes sense to bring that service in-house,” Cremer says. 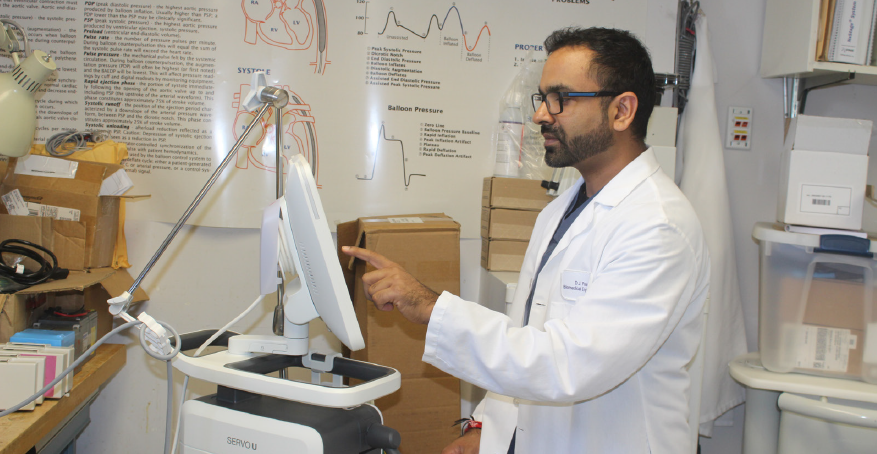 The HTM team put its skills to the task of networking and storage and shared its cross-culture expertise to help colleagues complete a project.

“BMEE participated in the center-wide EMR transition. Our role was the interoperability of patient monitoring and PACS. This project involved the entire center but we worked closely with IS, imaging services and patient care services. Since we speak a bit of both languages we often acted as the liaison between the clinical and technical players,” Cremer says.

Their expertise was enhanced via their resident imaging expert.

“Garry Chamberlain, imaging systems specialist, was instrumental in identifying how best to interface imaging modalities. Having knowledge of imaging services workflow, PACS and the available technologies, he was able to guide IS during the development of ADT and worklist rules,” Cremer adds.

Cremer says that he focused on the patient monitoring end.

The in-house abilities of the team helped cut costs and they found a benefit in standardization.

“This helped to keep the expense of this portion of the project down. Kamlesh Patel, was able to interface other devices through the bedside monitors. For example, we can connect a ventilator to a bedside monitor to capture the respiratory data without having to purchase another EMR interface and a server for the ventilators,” Cremer says.

“Historically, standardizing medical devices was done to leverage the cost to purchase equipment, keep maintenance expenses down and make it easier on the end user. What we discovered, during this process, was that it helped to keep the cost of interfacing down as well,” Cremer adds.

The team is also good at donning their detective hats to solve problems.

“BMEE maintains our TEE probe inventory. This includes monitoring repairs. Kamlesh “DJ” Patel noted that we had a higher than normal failure rate. This prompted us to do what we do best; identify our resources and find a solution. We enlisted the help of the echocardiogram, anesthesia and processing departments to do a ‘tracer.’ This allowed us to identify how probes are handled, who handles them and if there is any improvement to be made in this process,” Cremer says.

He says that they found that the trays being used to transport the probes were not an ideal size.

“We purchased a different style tray to better protect the probe. We brought in a vendor to re-educate all of us on proper TEE probe handling. Our failure rate due to damage immediately dropped to zero,” Cremer says.

The BMEE team has proven their value and made the best of their various specialties. In the end, the people of central New Jersey receive better care.