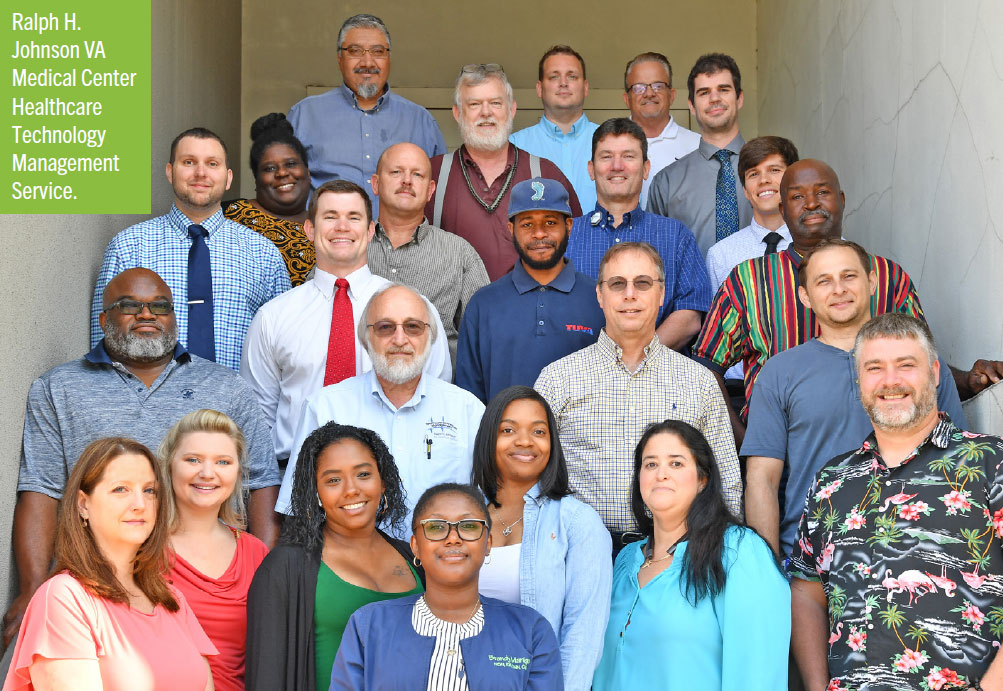 Shrimp and grits and she-crab soup are staples in Charleston, South Carolina. The seafood dishes are traits of the state’s oldest and largest city, which sits on the Atlantic coast.

The many veterans in the Charleston area are served by the Ralph H. Johnson VA Medical Center, a 152-bed, Level 1A complexity hospital. The medical center was named after Pfc. Ralph H. Johnson, USMC. During the Vietnam War, Pfc. Johnson shielded two of his fellow Marines from a grenade blast and saved their lives while losing his own.

The medical center was renamed in Johnson’s honor in 1991 and is part of one of the largest health care systems in the world. The center’s HTM department is made up of dedicated professionals. 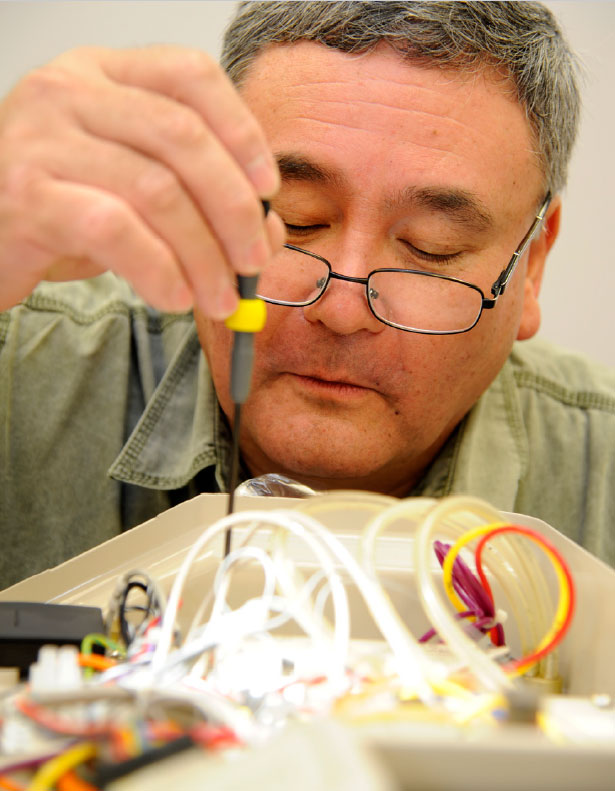 In addition to the hospital, the HTM staff also maintains equipment at six community-based outpatient clinics throughout the Lowcountry.

“Last year, we broke ground on two new outpatient clinics. One in Myrtle Beach (75,000-square feet) and one in North Charleston (84,000-square feet). The new clinics will provide primary care, mental health, dental and select specialty services to the increasing population of veterans in these areas,” Cross says. 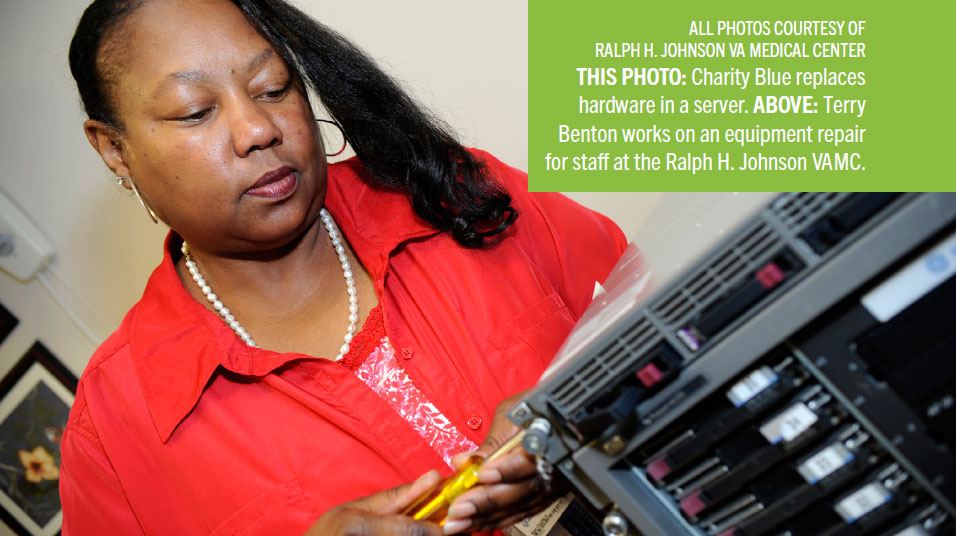 The HTM team provides the medical center with several services. It is a comprehensive list.

The department is very involved in project management and capital acquisitions. It plays an important role in the equipment management life cycle.

“We are usually facilitating at least 10 long-term projects that involve implementing or replacing technology systems in the hospital. We either initiate or get involved early upon a request from a clinical department, and assist in all phases of planning, market research, procurement and implementation,” Cross says.

In their role as equipment experts, Cross says that an engineer meets with each department in the hospital every year, ahead of the fiscal planning period, to review their equipment needs.

“We make suggestions for equipment that needs replaced, and listen to their requests for new equipment to support an expanded program they are pursuing. We compile and prioritize the requests from each department and present it to leadership for funding approval,” he says.

When dealing with service contracts, the team approaches the matter by only using first-look contracts when technicians are not fully trained to maintain the equipment and when it is apparent that it contributes to savings in cost or turnaround time.

“The facility is part of VISN 7 (VA Southeast Region) comprised of eight medical centers. Charleston manages the VISN 7 Biomed Risk Pool which allows the facilities to pool money together for maintenance of select medical equipment. This creates a cost savings where service contracts are not required or not as cost effective. The targeted medical equipment to include in the risk pool are those with a high potential for monetary return and low potential for failure,” Cross explains.

Integration with IT has been simplified since the HTM team is already IT-savvy.

“There is significant IT knowledge and skills within our HTM department. HTM takes the lead on interfacing devices with the EHR. This includes everything from running a new CAT6 cable in a patient’s room, to setting up HL7 links on the interface server and creating the consults or orders in our EHR that are mapped to a device,” Cross says.

The Ralph H. Johnson VA HTM team have collectively taken the role of detectives and made a not-so-obvious discovery that highlights the team’s abilities. It has saved radiology from some future grief.

“One story of how our department has helped problem solve was the work we did to eliminate artifact issues seen on our 3T MRI on the second floor of the hospital. We worked with radiology staff to gather information on how often and when the artifacts were seen,” Cross says.

He says that what they discovered was that there was a large construction vehicle on the ground floor outside the building below the MRI when the artifacts were observed.

“Then, we did calculations and drawings to quantitatively confirm that the artifacts were most likely attributed to this vehicle. We gave this information to our engineering staff to take action on, and the area was blocked off so that no more vehicles could park there. In fact, that area went on to become a large open-air dining area, so we like to think that we had a hand in bringing that extra bonus to the employees and patients,” Cross adds.

The brave soldier who is the namesake of the Ralph H. Johnson VA Medical Center would be proud of the facility’s HTM team who live up to a code of excellence that he personified.