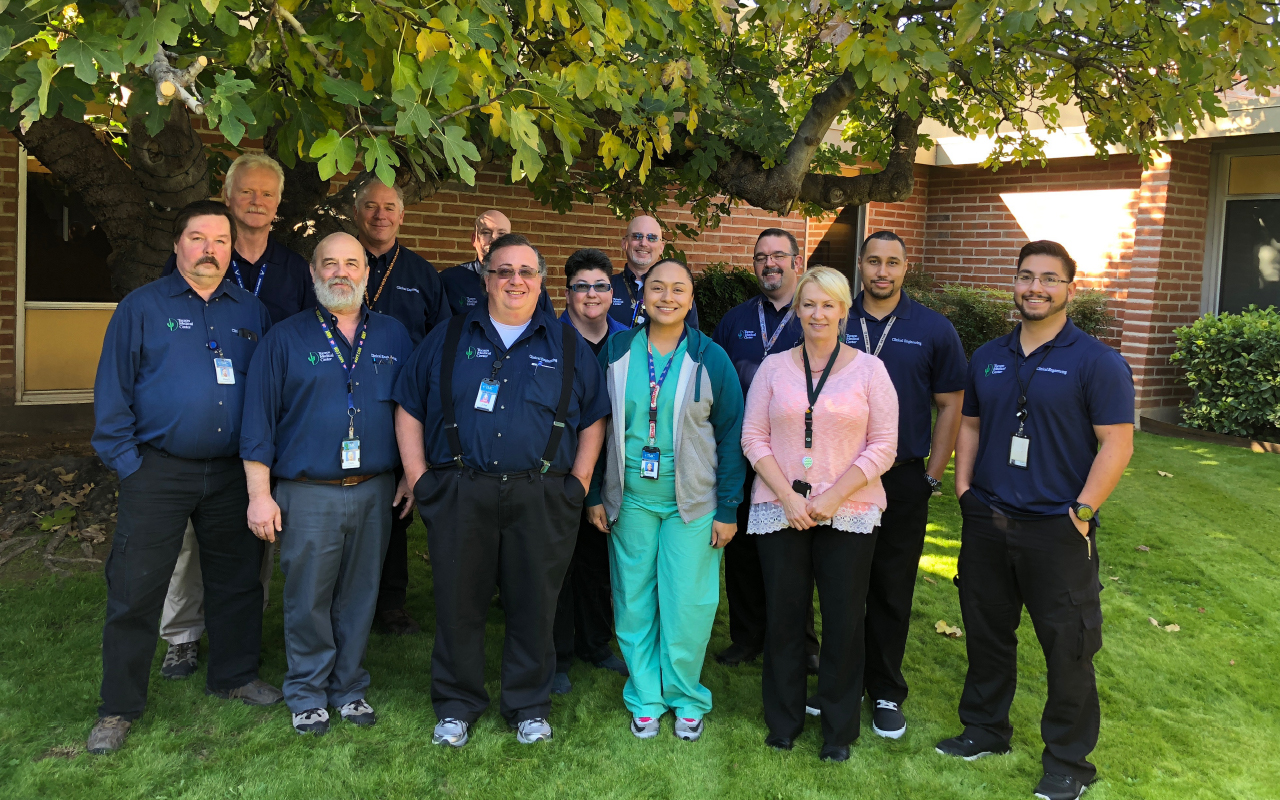 The Sonoran Desert is a region of the country unlike any other. It encompasses southern Arizona as well as southeastern California and parts of Mexico. The city of Tucson, Arizona sits within this desert region.

The metro-Tucson area is populated with nearly a million people. The city is home to the University of Arizona and Saguaro National Park. It is 60 miles north of the U.S. border with Mexico and is the second largest city in Arizona.

Handling the medical needs of all of those people is the Tucson Medical Center (TMC), which is a stand-alone, community-based hospital licensed at 600 beds.

“TMC also has a network of 21 clinics that provide primary care and family medicine, internal medicine as well as a number of specialty services. Clinical engineering supports all of these areas as well as the following facilities affiliated with TMC: hospice, ambulatory surgery center, geriatric psych service and an employee gym,” she says.

Clinical engineering reports to TMS Director of IT Infrastructure and Operations Susan Snedaker. The CE team is made up of 16 members.

Brish says service contracts were not centrally managed by clinical engineering; each department manager was responsible for the contracts for equipment in their department.

In 2016, that changed and all medical equipment service agreements were assigned to the clinical engineering department to be managed.

“This move was well-received by clinical leaders as many of them did not have the time or expertise to manage the deliverables of a service contract,” Brish says.

“Since this change, a number of contracts have been eliminated and others bundled for cost savings. I meet with the contracting manager in purchasing on a monthly basis to discuss contracts coming due for renewal, contracts that will not be renewed and any potential problems with contracts,” she adds.

The department was an early adaptor in the area of CE/IT integration as seen in the organization’s reporting structure.

“There is a very advanced level of integration between the two departments,” Brish says.

“TMC made the decision about 10 or 12 years ago to integrate CE with IT because they saw the trend, even at that time, of medical devices being network-connected. Today, we have a seamless cross-team function that helps work across the service continuum,” Brish adds.

“For example, if we have a wireless medical device that’s not communicating, we contact our network team or our wireless expert; if we have data that’s not flowing from a medical system to our EHR, we collaborate with our IS counterparts. Working with these resources really improves our ability to provide great service for our customers. The level of integration here is higher than any organization any of us has previously experienced – and it’s part of our success,” she explains.

“This system was put into place March [of] 2015 and has proven to be very valuable in collecting data. When this system was purchased, the decision was made to install the software on a TMC server instead of utilizing an Accurent hosted server. As a result, we have been able to customize the system to provide the information that is most important to us,” Brish says.

The TMC Clinical Engineering Department has kept busy with a variety of projects.

Other projects that the clinical engineering team has worked on or are currently involved with are the opening of a new women’s surgery department, construction of a new women’s care department, updating all monitoring, installing a new house-wide nurse call system, setting up approximately 12 new clinics in the past three years, creating a new scope room in the GI lab and integrating data from vital sign monitors into Epic.

The team has also put its diagnostic hat on to solve a vexing problem.

“A while ago, we ran into a problem where we began receiving an increasing number of complaints from infusion pump users stating that pump modules were losing communication with controllers,” Brish explains.

“To immediately remedy this problem, all connectors on the pumps and controllers were replaced. As soon as the connectors were replaced, the problem stopped. The film was caused by improper cleaning of the pump. To keep this problem from reoccurring, a task force made up of nursing, logistics, infection control and education was put together. Together, we implemented a revised plan for cleaning the pumps and educated users on this new plan. Since then, we have not seen a repeat of this problem,” she explains.

Through resourceful thinking and teamwork, the clinical engineering team at TMC keeps clinicians and patients confident that the medical equipment will be working perfectly.