Downtime Strategies: Tips for the Planned and Unplanned 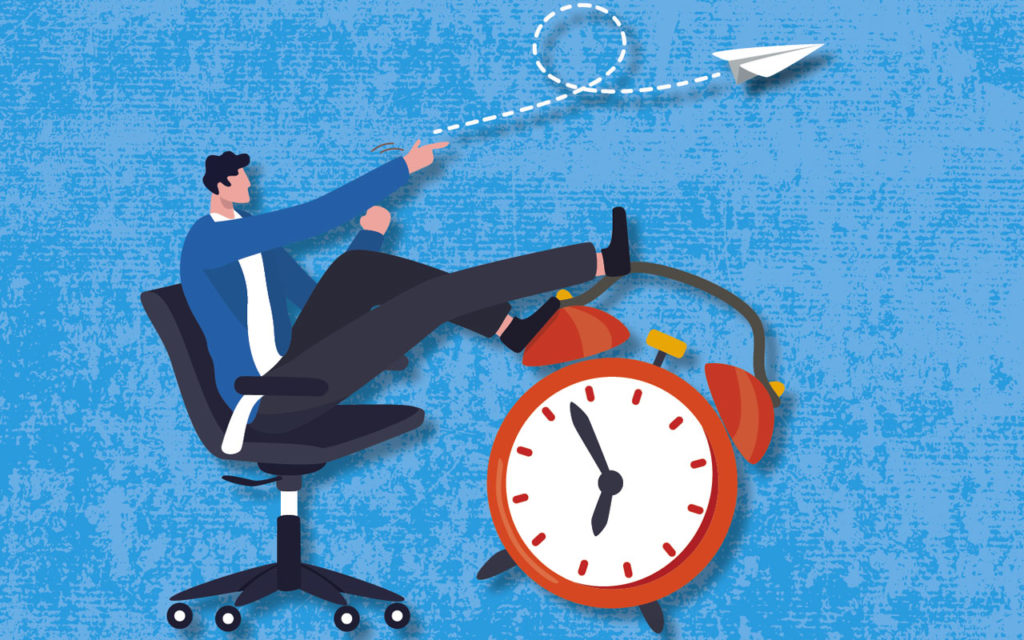 For those who manage medical equipment, there are myriad considerations in order to properly manage downtime. Clinical technology has become more robust, more integrated and more interdependent. Taking a device or system down, or having it go down unexpectedly, becomes a more common problem as more technology is depended on by end users and more can fail.

The integration of devices can add complexity to downtime situations and the risk of critical devices going down.

Device downtime can be planned and unplanned. It is the unplanned downtime that requires extra preparation and strategizing to mitigate disruption. Both scenarios require strategy, planning and communication. Having data available for quick action is also important.

Planned downtime allows for scheduled repairs, upgrades and patches as necessary. This type of downtime requires preplanning with end-users to accommodate schedules and set expectations.

The planning, coordinated with clinical staff, often has to take place weeks or months ahead of time.

With a planned downtime event, coordination between departments can be executed beforehand to prepare all stakeholders and any member of the facility’s staff that will be impacted. These steps make certain that hospital staff members from various departments are aware of the downtime event and allows them to make alternative plans to deal with it. A planned downtime can be managed.

Unplanned downtime has its own set of circumstances. It often results from software glitches or a mechanical breakdown. A challenge of an unplanned downtime during the COVID-19 pandemic, or similar circumstances, is that parts and field engineers may not be as readily available. The pandemic has also placed a strain on clinical staff resources which can complicate downtime even more.

Part of preparation includes having an updated contact list of those people who can be notified – night or day – when needed. Conference calls allow the various stakeholders to coordinate their efforts to minimize downtime.

A command center can help manage more complex or lengthy planned downtimes and human resources can also be managed.

The command center can manage “policies, plans, roles and responsibilities” according to Izabella Gieras, MS, MBA, CCE, FACCE, a clinical technology director at a hospital in southern California.

“Planned downtime may seem a bit easier to navigate around than unplanned, but it can go severely wrong if not designed properly,” says Leslie McGovern, CHTM, a director with Sodexo Clinical Technology Management who works at Northwest Community Healthcare in Arlington Heights, Illinois.

She has several recommendations, including:

McGovern says to meet regularly when planning and send meeting minutes to all involved. She says to schedule downtime when the least number of users/patients are affected, if possible. She also suggests that you communicate to all departments involved before, at the start and at the end of downtime. McGovern says to ensure that all resources are available should something go wrong and don’t be afraid to reschedule the downtime if not 100 percent ready.

Let All Stakeholders Know the Plan

Communication is key with either planned or unplanned downtime. Interdepartmental messaging that both warns of downtime ahead of time when planned, or at the earliest moment when unplanned, and status updates are important.

“In both situations, planned and unplanned, the hospital has an outage alert system that not only can announce it overhead but a message goes to every desk phone in the facility with the impact. Then, a follow up once it is resolved,” says Michael McDonald, CBET, TRIMEDX Senior Site Manager at Edward-Elmhurst Health.

Communication is easier with a planned downtime, so that all those who are affected are kept in the loop. Planned downtime can be caused by routine repairs, patches or upgrades that are an inherent expectation for those devices.

“The most important part of successful planned downtime is a solid communication plan that identifies impacted departments, roles and responsibilities, scope of the downtimes and ensures required resources are in place,” Gieras says.

Communication can be hastened by employing templates. This is a part of planning that allows for quicker disbursements of important messages when downtime is anticipated or when it comes as a surprise. The template can be used for the initial communications and subsequent updates.

She says that clinical engineering (CE) supports any clinical application that the hospital has purchased for clinicians as well as medical devices that are used for direct patient care.

“IT regularly emails out planned downtime notices which include the system, hospital, departments, date, time and impact of the downtime. The notices often are one day to one week ahead of time. The managers of the affected departments will post these in areas that staff congregate,” Shuck says.

She says that IT will also push notifications to each computer’s desktop notifying each user of security patches and other maintenance notices. Clinical engineering reviews the downtime notices and acts to help workarounds. For example, when physiological monitors’ servers are planned to be down, clinical engineering will distribute local strip chart printers to the units so they can still print their strips when the print server is unavailable.

“For planned downtimes, CE tries to avoid busy shift changes and mornings when the staff is busy with huddles, rounds, new orders and discharges. Because medical equipment vendors charge a premium to support downtimes during off hours, and CE also prefers to be on site to support the downtimes, we typically schedule them around lunch time Tuesday and Wednesday. We avoid any major changes on Mondays and days too close to the weekend in case something does not work as expected,” Shuck says.

She says that her department does get feedback from affected departments because they also work around planned staff shortages and manager preferences.

The involvement of all stakeholders and getting the word out cannot be emphasized enough.

“For planned downtime, we have a committee that will include clinical engineering, IT and clinical staff – sometimes facilities, if it is needed. What that hopefully does is fill in any gaps so that something won’t get missed during the downtime, or when unexpected calls come in related to the downtime. Each team is aware and can address the concerns as they come up. Communication is the key here and even with the best plans it doesn’t always get to the right people, but if the ones who respond to outages and service issues know, then it does help,” McDonald says.

Physicist and author Leonard Susskind once said; “Unforeseen surprises are the rule in science, not the exception. Remember; stuff happens.”

While Susskind’s observation may refer to something exciting or challenging; an unplanned downtime simply throws a monkey wrench into a well-oiled machine.

What should biomed’s first steps be when an unplanned downtime upsets the apple cart?

In addition to getting the word out as quickly as possible, there is an element of information gathering as well.

“For unplanned downtimes, clinical engineering first has to verify that the complaint affects more than one hospital to classify it as a system versus local failure. If it is a local failure, the managers/users are communicated with to let them know the issue and that someone is working on it. If it is a system failure, the tech or engineer will notify the corporate CE call center to let them know that a system is down,” Shuck says.

She says that another communication is sent via email or phone to the call center and individuals who reported the outage when the system is back up.

“Most extended system downtimes result in the clinicians charting on paper,” Shuck says.

She says that McLaren is moving toward Vocera’s hands-free communication badges which clinicians clip onto their scrubs.

“For a recent downtime, it was very easy to broadcast a short 10-second notification that the communication system would be down for five minutes. We could see if anybody was in the middle of a call and once everybody had ended their call, we took the system down. Future installations, however, would be on a high availability server so we will not have to take down the system in order to upgrade the server,” Shuck adds.

When downtime is network-related, there are some practical considerations.

“Examples include various forms of patient monitoring equipment, where a caregiver may lose visibility on the patient’s physiological waveforms, clinical alarms. Depending on the specifics around downtime, it is important to ensure standby equipment is charged and ready to be used along with efficient ways of sourcing extra clinical staff to assist,” Gieras says.

She also says that established partnerships with existing, core vendors are essential to assist in smooth vendor planning.

“It needs to be done in advance as part of initial kickoff meetings,” Gieras says.

Some software can aid in incidents that are not foreseen.

“We have a few systems in place to alert us for unplanned things like outages. Our telemetry system is monitored by some IT software that sends us alerts when something goes offline; this allows us to respond quickly instead of waiting for a service call,” McDonald says.

He says that his team is also implementing remote monitoring for MRI systems; which will monitor things like temperature, pressures, etcetera, so that they can respond proactively to avoid them.

“Unplanned downtime involving multiple systems can seem a little more challenging to manage. Categorizing systems into priority tiers based on business criticality, then creating a recovery order within the tiers, is a great way to approach this,” McGovern says.

She says that if the unfortunate occurrence of a hospital-wide downtime is experienced; utilizing a workbook documenting recovery service tickets to assist with future downtimes can be very helpful.

“Documenting during an unplanned downtime may seem impertinent to the work at hand, but necessary, so lessons learned only must be learned once. Ensuring new applications are added to the categories and analyzing the recovery workbook should be done regularly to be sure nothing is missed. Policies around this can also be helpful,” McGovern adds.

With any downtime, preparation and communication will improve the experience and sidestep any grief, or at least, minimize it. Notifying those impacted and having procedures in place for any contingency will reduce frazzled nerves. With planned downtime; be prepared or reschedule in order to have all resources available.

“All perspectives need to be represented when planning for the inevitable downtime situations. If HTM is planning the downtime, it is not expected we have all the answers, but it is expected we get the right people to the table,” McGovern says.

As long as HTM is prepared and confident, then planned or unplanned downtime can be managed successfully with the least amount of disruption to clinicians and without giving patients anything else to be concerned with during their stay.