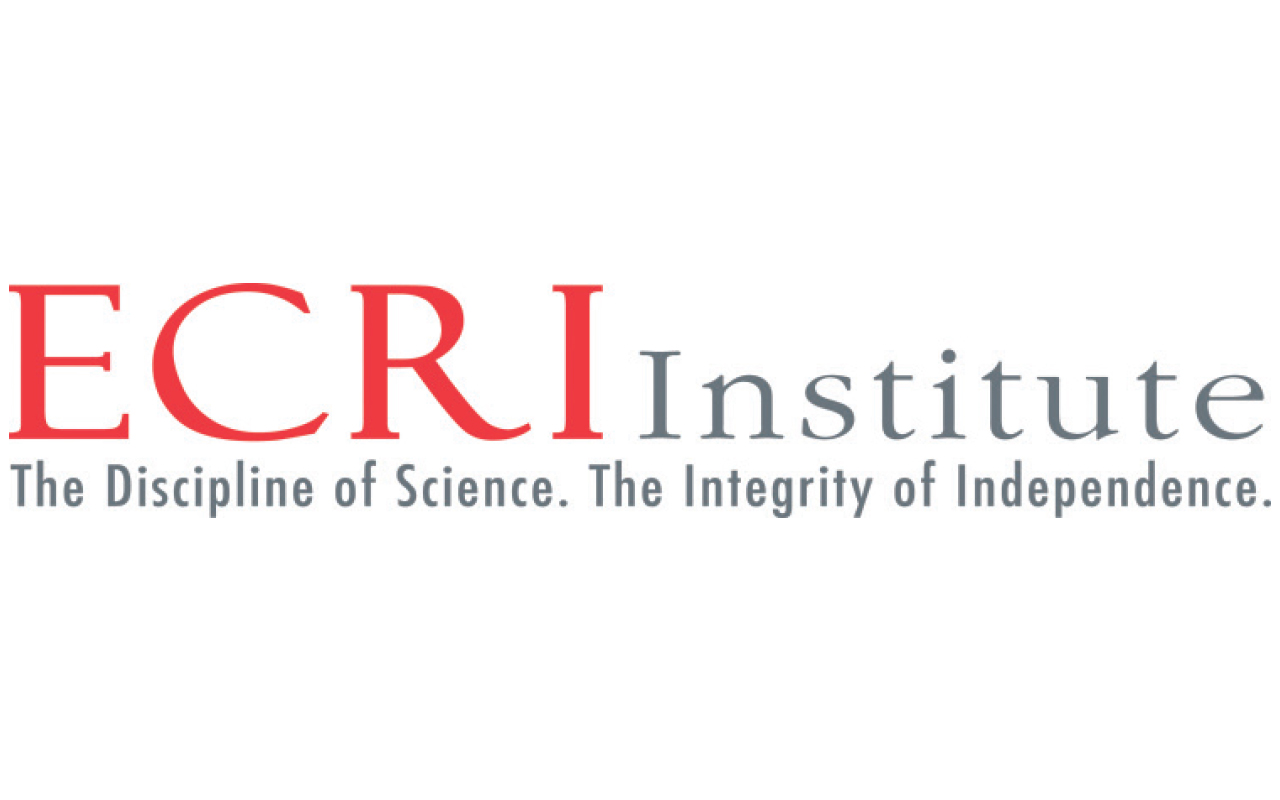 Large-volume infusion pumps are commonly used to administer intravenous (IV) medications or other fluids with high accuracy over a specified time interval. Most pumps today incorporate safety mechanisms for reducing the risks of errors that can lead to the over-delivery or under-delivery of medication to the patient. These mechanisms have greatly improved infusion safety, but they can’t eliminate all potential errors. And the mechanisms themselves have been known to fail.

ECRI Institute continues to learn about and investigate incidents of infusion errors involving pump or administration set failures, staff unknowingly defeating a safety mechanism, or incorrect infusion programming. Such errors – particularly those that result in the uncontrolled flow of medication to the patient, known as “IV free flow” – can lead to patient harm and even death.

These incidents, coupled with the organization’s belief that renewed attention to simple, previously commonplace safety steps can help prevent patient deaths, prompted ECRI Institute to highlight infusion errors as the number 1 hazard in its Top 10 Health Technology Hazards for 2017 report. 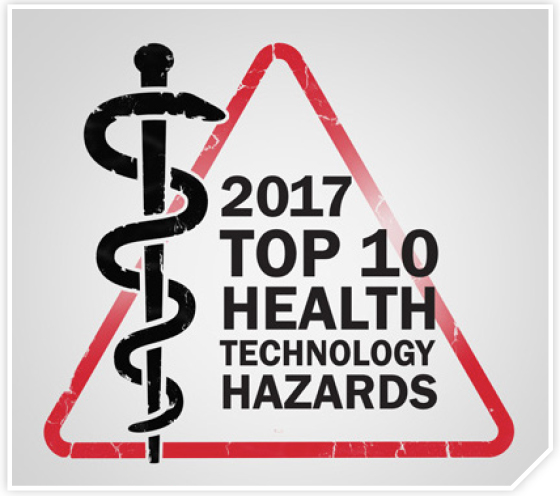 Decades ago, preventing IV free flow required that caregivers manually close a clamp on the IV tubing before activities such as removing the IV administration set from an infusion pump. Failure to clamp the tubing could allow the medication to flow freely to the patient, without restriction from the infusion pump.

Awareness of, and solutions to, this hazard evolved over time:

ECRI Institute’s investigations have found that damage to or failure of crucial pump components can affect the functioning of a pump’s safety features. For example, a damaged component could prevent an anti-free-flow clamp from engaging, thereby allowing free flow.

Although some pumps are equipped to alarm for such conditions, they may fail to do so if the pump does not recognize that the anti-free-flow mechanism is not appropriately engaged.

“The pump itself cannot detect uncontrolled flow,” notes Juuso Leinonen, a project officer in ECRI Institute’s Health Devices Group. “When a pump alarms for a potential free-flow condition, it is communicating only that the safety mechanism is not engaged. It has no way to tell whether medication is flowing through the set.”

That is, the safety mechanism is not infallible. Factors that interfere with the proper functioning of the anti-free-flow mechanism can lead to uncontrolled flow, possibly without activating an alarm. Infusion pump manufacturers specify that the roller clamp on the IV tubing is the primary method of ensuring that no flow is going to the patient. A pump’s anti-free-flow mechanism should be considered a secondary protective measure.

Smart, But Not Perfect—Pumps Can Still Be Misprogrammed

ECRI Institute likewise continues to receive reports and investigate incidents of infusion errors that involve incorrect infusion programming. “Smart” pumps that incorporate dosing safeguards are now in common use. But even these pumps can be misprogrammed in a way that leads to gross flow-rate errors.

Mistakes that can lead to entry of an incorrect dose rate, flow rate, or concentration include:

A Few Seconds Can Save a Life

As ECRI Institute notes in its Top 10 Health Technology Hazards for 2017 report, a few simple steps can catch many use errors and component failures before patient care is affected. In many of the incidents that the organization has investigated, harm could have been averted if staff had:

“Closing the clamp and checking the drip chamber used to be second nature to nurses,” notes Erin Sparnon, engineering manager for ECRI Institute’s Health Devices Group. But with pumps becoming safer and more sophisticated, such steps can get overlooked – perhaps because staff implicitly trust the pump’s advanced safety features. “Nurses today may not realize these practices are still needed. Our report hopes to change that.”

By highlighting these risks in its report, and by encouraging healthcare workers to refocus attention on these safety steps, ECRI Institute believes that deadly infusion incidents can be prevented.

Stay tuned for the next issue of TechNation where more hazards from the list are uncovered.

This article supplements ECRI Institute’s Top 10 Health Technology Hazards for 2017. An Executive Brief of the report can be downloaded from ECRI Institute as a free public service. The full report, which includes detailed problem descriptions and recommendations for addressing the hazards, requires membership in certain ECRI Institute programs or separate purchase. For more information, visit www.ecri.org/2017hazards, or contact ECRI Institute by telephone at 610-825-6000, ext. 5891, or by email at clientservices@ecri.org.