Posted By: TechNation Development Teamon: May 31, 2020In: Spotlight
Print Email 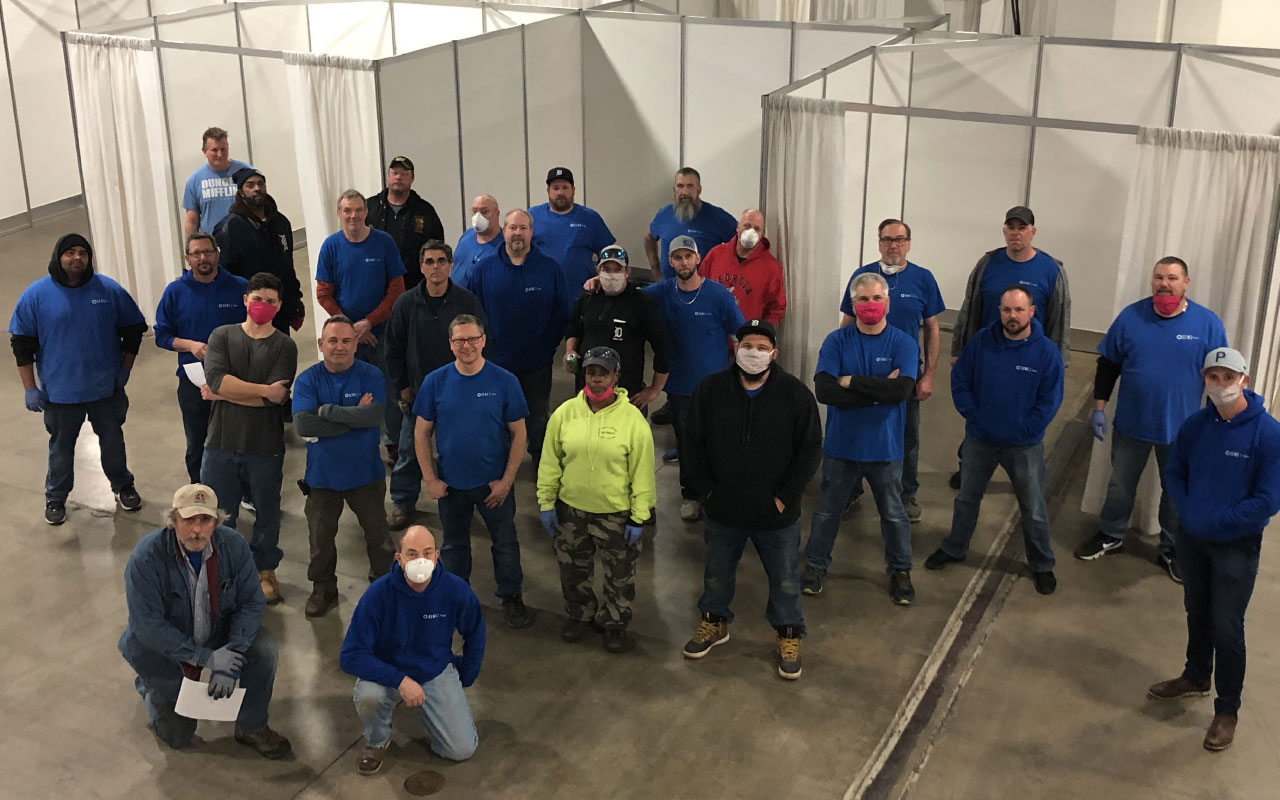 Gilbert Exposition Management Services (GEMS), longtime trade show partner of MD Expo, has its own story to share during the global COVID-19 pandemic. In an effort to prevent the overflow of hospitals and health care facilities, GEMS helped construct off-site hospital locations for COVID-19 patients. The first project in Detroit, Michigan, resulted in the build of 1,000 patient rooms, and the second project in Novi, Michigan, requested another 1,100 rooms. As a part of these efforts, GEMS was deemed an essential business.

GEMS Managing Partner Chance Lutz provided TechNation an inside look into these projects and how GEMS is placing itself on the frontlines of battling COVID-19.

Lutz explained their start-up process on the construction of off-site hospitals.

“GEMS has an office as a decorator at the TFC Center, formally known as the COBO Hall, in Detroit, Michigan,” said Lutz. “We heard rumors on Friday that this was a possibility at the center, so we started the process of securing the equipment needed and the logistics for transporting the items from our locations in Detroit, Orlando, Dallas and Las Vegas.” 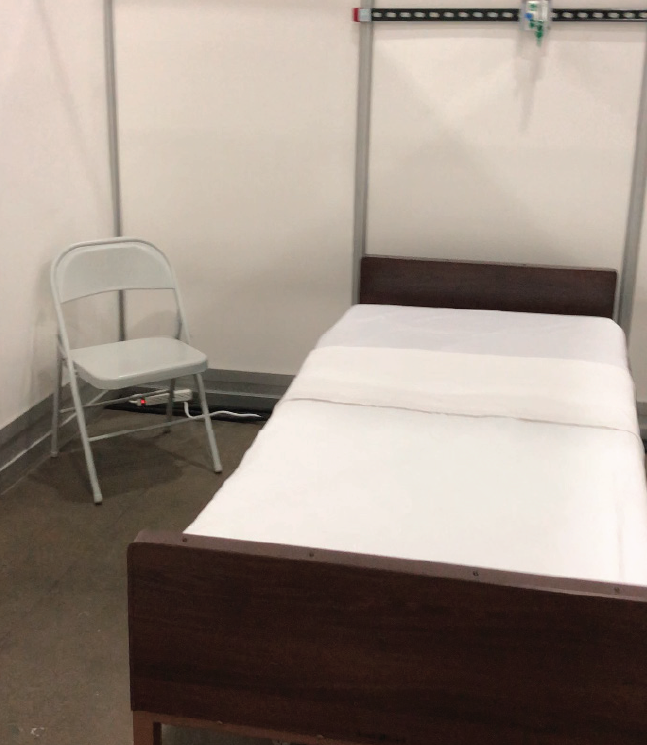 GEMS helped construct hundreds of hospital rooms like the one seen above.

Even though they had not yet been awarded the bid, Lutz and his colleagues knew they wanted to be a part of the meaningful project. “When the facility heard we had already started to make moves at our own cost, they allowed us the opportunity,” noted Lutz. On the next Tuesday, only a few days after the go-ahead, Lutz and the team began the build.

Throughout these projects, GEMS experienced many achievements, as well as some challenges.

“With a project like this, something that has not been done before, you face a lot of unknown obstacles,” said Lutz. “Timelines, safety, types of materials used, labor willing to do the job, what company can or is able to do what part of the build and trying to find materials during this economic shutdown were all challenges we faced. GEMS was able to meet the timeline set for us to have the rooms completed by and also assist with numerous additions before the deadline.”

When asked if there were any concerns about any risk involved during the construction process, Lutz answered, “There was always a concern in the back of everyone’s mind as we were fighting an invisible enemy that nobody really had answers for. We all took the necessary precautions provided by FEMA and wore all the PPE equipment we could find. When there was a shortage of facemasks, the community came together and made some for the workers. It was truly amazing to see how many people wanted to help in any way they could.”

“The second build in Novi was stopped at 250 rooms, as it was only 40 miles from Detroit, and the rooms there were far from being filled,” stated Lutz. “We took this as a good sign, perhaps that social distancing is working and we are winning this battle. Although nobody can predict the future, and nothing is guaranteed, we were on the front lines and have heard the rumblings that the worst is over.”

Lutz noted that while they did not personally meet any biomeds during their portion of the build, there were many qualified Army Corps of Engineers who planned in advance and during these builds.

“Really this was a team effort, not only from GEMS but from carpenters, plumbers, electricians, Army Corps of Engineers, FEMA, the TFC facility staff and all of the doctors and nurses,” Lutz concluded. “The assistance and support of the local community was beyond amazing.”

TechNation is proud to highlight GEMS as part of the essential businesses in the United States that are doing their part to combat this global pandemic.