Posted By: K. Richard Douglason: May 31, 2020In: Department of the Month, Magazine, Spotlight
Print Email 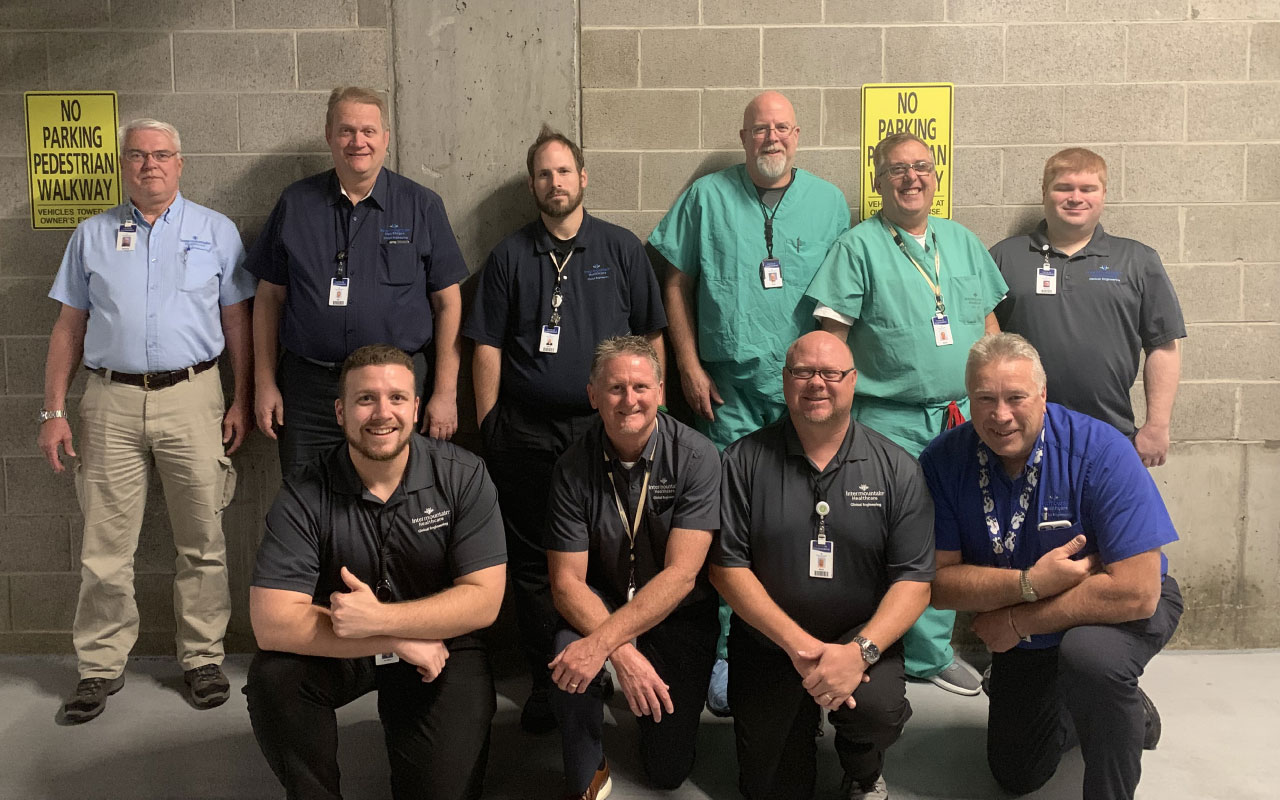 For more than 95 years, Primary Children’s Hospital (PCH) in Salt Lake City, Utah has operated by a simple philosophy; “The Child First and Always.”

PCH is one of 24 hospitals within the Intermountain Healthcare system.

The 289-bed facility is a Level I pediatric trauma center and a part of Intermountain Healthcare that “cares for children with complex illness and injury, including organ transplants and complex birth defects,” according to its website.

In addition to the main hospital, there is also the Wasatch Canton Pediatric Behavioral Health campus, which has 23 inpatient rooms and serves about 40 patients at a time through its day treatment program, as well as two offsite rehab clinics.

One department within PCH that is contributing to the healing of the hospital’s pediatric patients is the in-house clinical engineering department.

The motto; “The Child First and Always” has not been lost on the CE department.

“The CE team is fully engaged with this philosophy and it drives the quality of our work. Some of the team members have had their own children cared for here and have an emotional attachment to the hospital. When we return serviced equipment for use, we do so as if it would be used on our own children,” says Brian Bowles, supervisor of clinical engineering.

There are 10 technicians in the department, including Bowles. He reports to Scott James at a regional level and Mike Busdicker at a system level.

The team not only is aware of the status of the equipment in their immediate inventory, but also across the entire system.

“Our CMMS program encompasses every Intermountain Healthcare clinical engineering department. We can view work orders and equipment across the system. This becomes particularly useful when devices move between facilities,” Bowles says.

He says an example of common devices that move between facilities are infusion pumps.

“Inventory is moved based on need. Once a device is moved, its bar code is scanned to update the location of the device. If the device in question moves during the PM cycle, we are able to view that in the CMMS and reassign the open PM work order to the technician in the respective CE department of the facility who is assigned infusion pumps,” Bowles says.

“Our team members are self-starters, who enjoy a great deal of autonomy. Each member manages his own workload, including balancing schedules across the calendar and updating asset properties in the CMMS,” Bowles adds.

The team believes in adding value to the hospital that they serve. They do this by remaining customer-focused, staying organized and efficient, making certain they are being cost effective and always working to keep updated through consistent training, he explained.

One result of this philosophy is the team’s PM completion rate, which is over 98 percent.

One recent project that the crew helped with was to update the room numbers in the facility to be more intuitive, along with updating the associated equipment and systems for each room.

“The team is currently engaged in a hospital room re-numbering project. Over the years, the facility has undergone many changes through construction and department reconfigurations. The result is a room numbering system that has become less way-finding friendly for the patients and visitors we serve. Hospital leadership has decided to address the concern, so it is more intuitive,” Bowles says.

He says that from a CE perspective, this project entails a great deal of preparation and well-planned execution, as the go-live dates for each phase must align with signage and work being done by the hospital’s IT team. CE’s areas of responsibility in the project include reconfiguring each bedside monitor and shuffling central monitors and network switches to align with the new department configurations. They are also working with the EMR team to ensure that bedside monitors are configured to reflect the new room numbering system.

“PCH has an automated overhead paging system that uses programmed WAVE files to annunciate events such as Code Red and Code Blue. For example, when a code-blue button is pushed in a patient room, the automated system announces the Code Blue and the location of the event,” Bowles says.

In addition to the renumbering project, the team has helped problem solve, with team members contributing to help the hospital and clinicians.

“One problem-solving story that stands out to me is related to the Life Flight transport department. The department uses an oxygen-air proportioner (blender) on their transport incubators to deliver medical gases to their patients in transport. They had a need to view gas-source pressures displayed on the front of the incubator,” Bowles recounts.

He says that, as might be imagined, it is imperative to ensure blended medical gas concentrations are accurate, particularly in neonatal patients.

“If the air source is not supplying gas, the patient will receive 100 percent O2, which can cause permanent eye damage in neonates. They approached Ramsey Worman to provide a solution. Ramsey developed two digital gauges, which he integrated into the front panel of the incubator that monitored medical gas supply pressures at the input of the blender,” Bowles says.

He says that the team has also been involved in educating frontline patient care providers.

“We have developed a user accessible web page that offers ‘quick tips’ for commonly encountered device troubleshooting on devices such as thermometers and how to activate bedside monitor functions. The format is PowerPoint slides with pictures and concise instructions. The web page born out of some of the often-repeated work orders we were seeing with a goal of empowering caregivers, reducing labor demands on our department and minimizing downtime of devices,” Bowles adds.

This special biomed department is helping to bolster the good outcomes for pediatric patients in Salt Lake City and beyond.