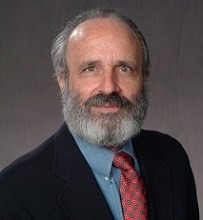 Clinical engineering said farewell to one of its finest this summer with the death of William A. “Bill” Hyman. Both the American College of Clinical Engineering (ACCE) and the Association for the Advancement of Medical Instrumentation (AAMI) shared news of Hyman’s many contributions and achievements when sharing the news of his death with their members.

“The ACCE family and greater clinical engineering community was shocked and saddened to note the passing of William A. “Bill” Hyman this summer. Bill was a dedicated professional – always generous and willing to share his extensive knowledge. During long sessions of CCE examinations, Bill was a font of knowledge and humor, always a pleasure to work with,” according to ACCE.

In the same AAMI post, TechNation Editorial Board member Carol Davis-Smith is quoted as saying, “Bill made a significant impact on health care at-large as well as our clinical engineering profession. He will be missed.”

His primary professional interests were in the areas of system safety of medical device design, clinical engineering and biomechanics. He was a thought leader in many areas. A prolific writer, he authored 13 books and well over 100 publications. He taught a number of ACCE Clinical Engineering Workshops, including in China and Dominica, and was equally at home in regional conferences.

Hyman was not one to seek the spotlight, but he believed in giving back to the profession and the community, serving on the U.S. Board of Examiners for Clinical Engineering Certification, president of the (ACCE) Healthcare Technology Foundation and as longtime editor of the Journal of Clinical Engineering, He also volunteered with the FDA, NASA, ASTM and AAMI. His numerous honors included the ACCE Lifetime Achievement Award, ASTM Meritorious Service Award and “Wall of Fame” recognition by United Cerebral Palsy of Houston.

He was a keen observer of the profession, seeing practice gaps in need of attention that others missed. He could play the maverick, but was always the professional. He excelled internationally helping to teach young clinical engineers in China and elsewhere. He was a quiet leader in so many areas including FDA workshops, regional conferences and healthcare technology management.

He was an HTM giant and will be missed.