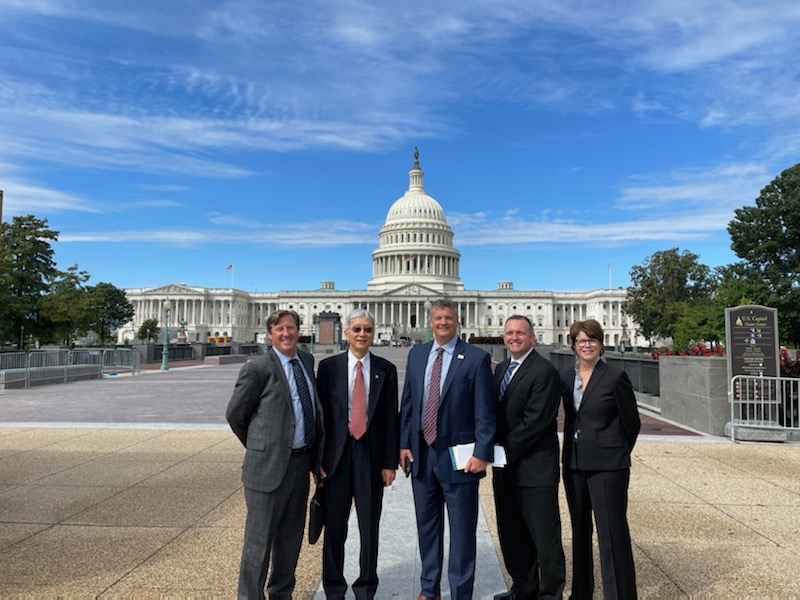 Members of the Alliance for Quality Medical Device Servicing recently traveled to Washington, D.C. for meetings with members of Congress and the Senate.

Alliance member Larry Hetzler, COO of The InterMed Group, said some topics of emphasis were right to repair, cybersecurity and the difference between servicing and remanufacturing. He said the meetings went well and proved to be informative for the nation’s lawmakers. The original equipment manufacturers (OEMs) have done a good job of sharing their message and the Alliance was able to add to the conversation.

“What the representatives continue to tell us is that they never heard the other side of the story,” Hetzler said. “There was a lot of interest, and we received a lot of feedback from them.”

Francoeur explained, “We met with them to help them understand the value of what it means to have service providers other than OEMs providing service. We basically said there’s three things we can bring in terms of value of servicing medical devices. The first one is it provides hospitals or health care organizations choice and that is paramount. We are able to provide just as high-quality of work on medical equipment as an OEM. And, the most paramount piece of all three is that we were there and advocating and demonstrating as a continuing provider of better outcomes for patients by having the hospitals have choice other than the OEMs perform service.”

In summary, the Alliance’s message was that ISOs provide choice and a safe, high-quality alternative to the OEM for medical device service. Also, ISOs provide an added benefit because of their involvement they can help enhance overall patient outcomes.

The Alliance for Quality Medical Device Servicing was formed in 2018 and is comprised of seven leading independent medical device service organizations throughout the United States. The Alliance consists of TriMedx (which now includes the former Aramark Healthcare Technologies business unit), Sodexo, Crothall, ABM, Agiliti, The InterMed Group and TKA.

The Alliance represents the largest participants in the ISO segment of the U.S. medical device service industry. The Alliance employs tens of thousands of employees across all 50 states and actively services and maintains millions of medical devices across the country. The Alliance members, as Independent Service Organizations (ISOs), serve as a truly independent voice and advocate for healthcare providers, offering not only safe and effective service, but also an equipment agnostic perspective focused on improving safety, reliability and efficiency.