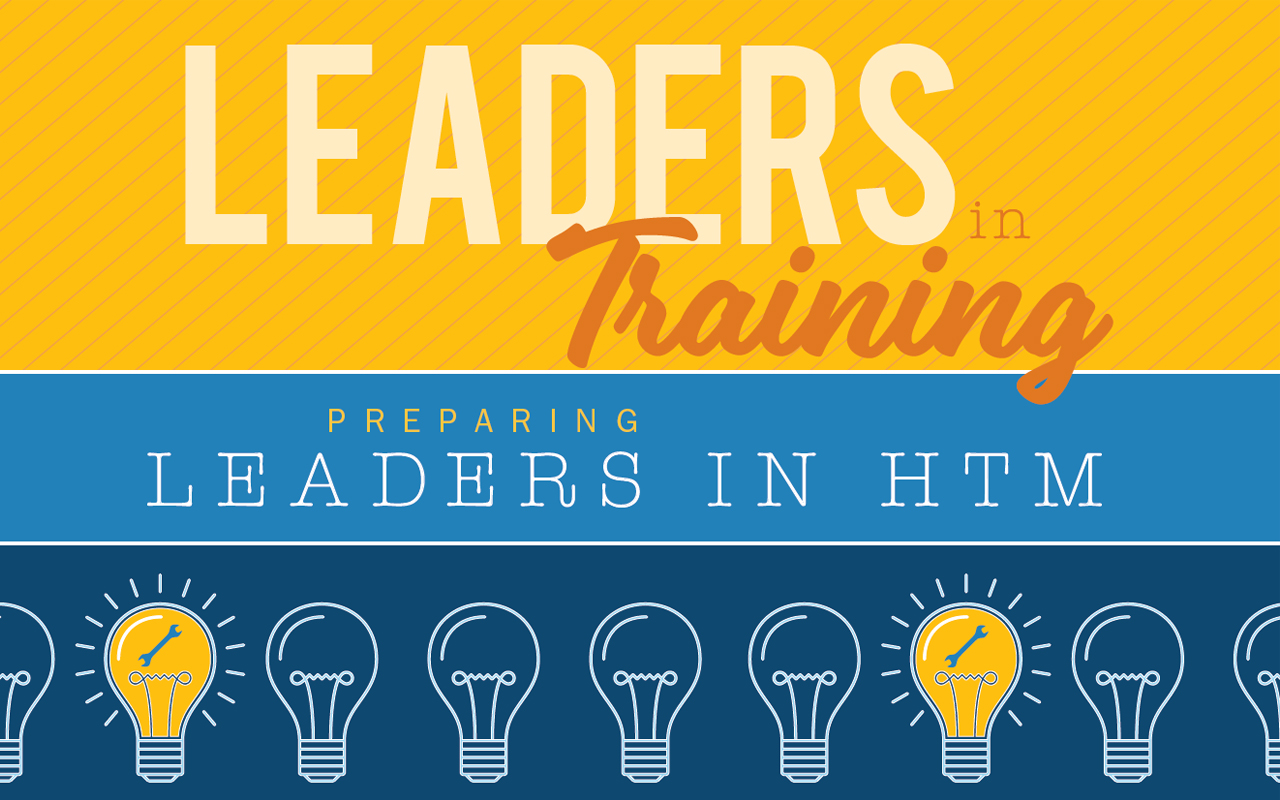 Dale Carnagey was born in the late 1800s and was the son of a poor farmer in Missouri. He was a member of his high school debate team and enjoyed listening to public speakers.

His background as the son of a poor farmer did not gain him many friends after he enrolled in college. After he adopted the speaking style of another public speaker he had observed, he became a popular public speaker and gave lessons to fellow students. After failing Latin, he was forced to leave the University of Central Missouri without graduating.

He later attended acting school and taught public speaking at the YMCA in New York. Those classes were so popular with students that other YMCA branches, across the country, began offering his classes. A book followed and Carnagey later spoke to a sold-out Carnegie Hall. After that experience, he changed the spelling of his last name to Carnegie.

The rest, as they say, is history. Tens of thousands of people, shopping the self-improvement shelves of their local bookstores, have benefited by reading Carnegie’s book “How to Win Friends and Influence People.” It remained on the best seller lists for a decade after its release.

Carnegie’s recipe for success included showing enthusiasm during public speaking, offering honest and sincere appreciation, being a good listener, remembering people’s names, smiling, become genuinely interested in other people and making other people feel important. These are all hallmarks of leadership.

Carnegie remains near the top of the list of those who have authored self-help or self-improvement books.

There is a point in many people’s lives where they have an epiphany and decide that it is time to reach new heights in their personal lives or career. Some are salespeople looking for new ideas to increase sales and others are looking for the best path to a promotion. There needs to be a roadmap to accomplish this because it often takes more than introspection.

A Path to Leadership

Within the HTM ranks, there is a career path for many who seek it. It may be getting from a BMET 1 to a BMET 3. It may be going from a manager to a director or from BMET 3 to manager. Many in HTM agree that it takes soft skills, like those taught by Carnegie, to climb the proverbial corporate ladder.

HTM leadership has a variety of methods to help prepare team members for leadership roles.

Royal says he also shares classic books such as “Who Moved My Cheese,” “The One-Minute Manager,” multiple Steven Covey titles and a book on workplace law that is put out by the American Bar Association.

“There is also formal leadership training that is provided by the human resources department. This training is for new hospital leaders that trains on workplace law, payroll, etcetera. There are also classes on time management and conflict management that they are asked to attend. They also have performance metrics tied to project management and continued education. I also encourage them to purchase the CHTM study guide and discuss concepts they will see on the test,” Royal adds.

Not only do in-house HTM departments offer a path and roadmap for leadership, but third-party providers can have a well-developed program for tomorrow’s leaders. This can include the further development of current managers. TRIMEDX is one example of this.

“We offer new manager onboarding classes every other month for all newly hired or promoted leaders. This week of training includes a DISC assessment that focus on their communication and work style and how to improve the impact of their style with different team members and customers,” says LeAnne Hester, chief marketing officer at TRIMEDX.

“During this week, we also conduct the ‘Six Critical Practices for Leading a Team,’ which covers developing a leader’s mindset, holding effective one-on-ones, setting up your team to achieve results, creating a culture of feedback, leading through change and managing your time and energy,” Hester adds.

She says that the company also offers a leadership exploration series to all associates, team leads and supervisors who would like to pursue a leadership role. This is a four-part series that covers coaching for peak performance, delegating with purpose, resolving workplace conflict and defining a leadership journey.

“The first thing I do with members of my staff is to understand their individual career goals and aspirations. Staff members with an interest in becoming a leader should have a desire to learn and grow personally and professionally. With that information, then we can determine where they want to be in three, five, seven or even 10 years,” says Mike Busdicker, CHTM, FACHE, system director of clinical engineering, Intermountain Continuum of Care at Intermountain Healthcare in Midvale, Utah.

He says that the next step includes looking at their current and past experience in leadership or supervisory roles.

“This information will be used to evaluate strengths and developmental needs for each person. Once the opportunities for growth are established, then we can start to set goals and objectives in the development of traits and qualities of an effective leader. These would include establishing milestones, selection of appropriate tools, attendance at education sessions and the use of leadership training materials,” Busdicker says.

Busdicker says another area of importance includes learning through doing.

“This piece of the development allows individuals to put into practice the things learned from educational materials and informal coaching. This does not mean an individual should be just thrown into the water and expected to swim the leg of a triathlon. Future leaders should be provided opportunities that will take them out of their comfort zone, but not something that will substantially exceed their level of training, skill and confidence,” he says.

One of the challenges many individuals entering leadership roles face, is the discomfort of speaking before groups of people. Public speaking requires confidence and practice. There are few other areas where preparation is more important.

For some people, their first public speaking experience is giving a toast at a banquet, wedding or other occasion. It was the recognition of this activity that the organization Toastmasters derived its name. Like Dale Carnegie, Toastmasters got its start at the YMCA. Ralph C. Smedley organized the first Toastmasters club in 1924.

Today, many of those in HTM belong to Toastmasters International. Some HTM organizations have even had their own chapters. At one time, ARAMARK (now part of TRIMEDX) had its own Toastmasters Chapter within its Technical Resource Center in Charlotte, North Carolina.

While public speaking is an important component of leadership, there are a number of other steps that a prospective leader in the HTM field can take.

“Never lose your passion for the field and your drive to do what is best for our patients and the caregivers in our organizations. Take ownership of your career aspirations and do not depend on, or allow others, to set your course,” Busdicker says.

“Learn from leaders you have crossed paths with and from other leaders in the industry,” he adds. “Every leader has some unique qualities and talents. Take the good things you see and include them in your bag of tools. Learn from the bad things you encounter and do not make the same mistakes.”

He suggests that those with an eye on management find a mentor.

“There are tremendous leaders within the HTM industry and throughout the business world. Many of them are more than willing to mentor someone with a desire to be an effective leader. Learn as much as possible and be willing to accept constructive criticism,” Busdicker says. “Step outside of your comfort zone and raise your hand for projects or tasks inside and outside of the HTM field. Let leadership within the department and/or the organization see you as a potential solution and team player.”

Busdicker says those seeking to enter leadership should look outside the HTM industry for opportunities to be involved in health care.

“Over the past few years, I have become more involved with organizations like HIMSS, H-ISAC and ACHE. These organizations have provided opportunities to lead, learn from effective leaders and utilize tools to evaluate my leadership attributes,” he says.

“Understand what it is you desire from your professional career and then set achievable goals with timelines in order to progress. Never stop learning, be flexible with your style, approach conflict head-on and ensure others know your career aspirations,” Busdicker adds.

Hester says that TRIMEDX offers its Gateway on Leadership Development (GOLD) Program for all leaders to complete within their first six months.

“This program includes a 360-degree assessment and content focused on inspiring trust, creating vision, executing strategy and coaching potential. During this three-day program, participants also complete a full day on executive presentation skills and are video recorded and coached several times to ensure confidence and credibility when presenting to customers,” she says.

“In addition to leadership development programs, we also have licenses for LinkedIn Learning and Franklin Covey which allows them an all-access pass to hundreds of courses and resources online,” Hester adds.

Prepared for the Good and the Bad

Another principle that may benefit those looking to make the leap into leadership is the concept of emotional intelligence. It postulates that if a person can understand and manage emotions, they can increase their chances of success.

Some traits of this ability, applied in real life, include the ability to control your reaction to emotions. This requires focusing your thoughts and not becoming a captive to your emotions.

Royal says that part of leadership training should include some exposure to the more difficult circumstances.

“I think including them in the decision-making process and giving them experiences makes a big impact. They also need adversity; they need to experience tough discussions with customers and employees,” he says.

“Terminations and disciplinary actions are often the toughest thing they will experience in leadership, the good news is it doesn’t happen frequently, but it is a key time to coach them through it. Overall, I teach always do the right thing for the customer, it doesn’t matter if you are working for a third-party or the hospital, that seems to be the golden rule that has always worked,” Royal says.

Management can share their knowledge and be accepting of those who aspire to leadership roles and nurture their personal development.

“Current leaders within the industry need to understand the career objectives and the desires of the people working for them. We should be more concerned about the future of our departments, institutions and companies than protecting our office or building a kingdom,” Busdicker says.

He says that in a recent interview with a member of his staff, he asked, “What are your career goals?” This individual replied that at some point in their career they would like to have his job.

“I did not take this as a threat, or a bad thing, but as an opportunity for me to be a mentor and help them develop. When I pressed further about their desire to fill my role, they saw it as an opportunity to grow professionally and make an impact in the health care system and to be more involved with the HTM industry,” Busdicker says.

He says that his approach to help mold future leaders is to identify the career goals of each member of his staff.

“This needs to be an ongoing conversation and not just a one-time interview. We need to ensure there are succession plans in place within our organization, identify personnel with the desire and potential to grow, and then implement training and development plans. As an industry we should be working together to ensure there are individuals ready to take the mantle and move the HTM field forward. We should be ready to share knowledge and help each other develop future HTM leaders,” Busdicker adds.

That’s what it is all about; passing the baton with confidence. With the right skill set and insights, the next generation of HTM leadership will be well prepared and confident.