Professional of the Month: Bret A. Grimm, BMET II

Posted By: K. Richard Douglason: January 01, 2018In: Magazine, Professional of the Month, Spotlight

College Station, Texas is a city of over 107,000 northwest of Houston. It has been ranked as one of the nation’s top places to live.

The city is also the location of the Baylor Scott and White Medical Center, a five-story, 143-bed hospital and level III trauma center. One of the members of the medical center’s healthcare technology management department staff is Bret A. Grimm, BMET II. 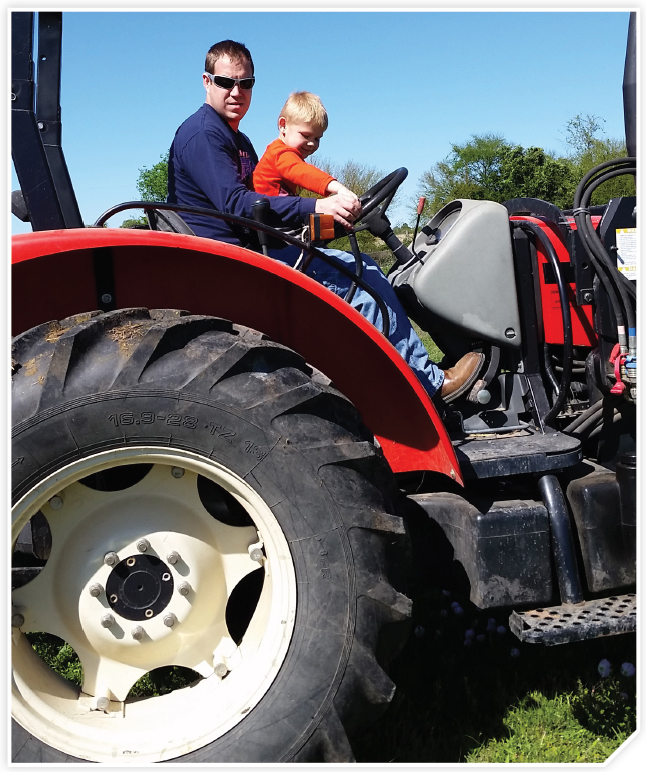 Grimm saw that biomed was a stable profession and decided that was the route he would go.

“Knowing that I can help and have an impact on others in their time of need is what got me into biomed. Also knowing that the job will be around as long as people will be sick,” he says.

“I went from high school directly to Texas State Technical College and graduated in 2006 with dual degrees; associate in applied science for biomedical technology and medical imaging specialization.”

Grimm plans to earn a bachelor’s degree, but says he hasn’t made that leap yet. He did his internship at Memorial Herman Hospital in Houston.

Grimm’s areas of specialty are patient monitoring and temperature monitoring. 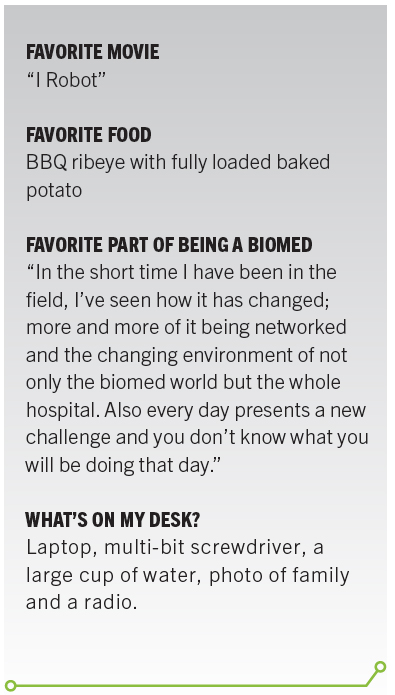 While most biomeds have a clear understanding of the important role they play in keeping medical equipment running and calibrated, Grimm’s appreciation of that equipment goes further.

“Over the last two years, it has been a challenge to balance my work/personal life,” he says.

“We knew, when he was born, that he would have to have heart surgery within the first few days. He had an aortic arch advancement at 10-days old. We would soon learn that he had a rare genetic disorder Trisomy 9 Mosaic. And, at a month and half, he had a G-tube surgery so we could finally get him home at one day shy of two-months old,” Grimm says.

“Through the whole time my wife stayed at the hospital with the little one, and after two weeks of him being born, me and the oldest son traveled back every Thursday night and returned home every Sunday to keep some normal life for the oldest.”

Grimm says that work was amazing, working with him through the whole situation.

“Everyone stepped up to help, but since we are only a two-person shop at this hospital, my coworker covered on call for me for over three months,” he says.

“I have always worked on the equipment from the point of ‘if my family needs it’ then it should be in the best possible working condition, but seeing the same type of equipment that I work on is what is responsible for keeping my son alive, was an odd feeling.”

Grimm has learned the realities of working in a hospital during a hurricane, as well as the challenge of a power outage.

“[I] started at UTMB about two weeks before Hurricane Ike hit them. It was different seeing a hospital of that size evacuating. We did everything and anything our department could do to help the staff; even get and hold an elevator so that critical patients could make it from the ICU to an helicopter waiting for them just a little faster,” Grimm says.

“Around a year after the hurricane, I was called in late at night to help Angel, our on-call tech, when he was on-call. When I arrived it was just me and him in the biomed department and we had the building that had the NICU in it lose all power, emergency and normal, with it not expected to return in a soon enough time, so we helped the nursing staff move the NICU to an area that they had arranged after the power went out,” Grimm adds.

“We would unmount monitors from the old area and would set up a new area for a baby in the new building. After about four hours of this, we had all the babies moved over safely.”

The patients at Baylor Scott and White Medical Center in College Station can know with certainty that there is a biomed there, working on equipment, who has a unique appreciation for the importance of those devices.