Posted By: TechNation Development Teamon: February 01, 2022In: Magazine, Professional of the Month, Spotlight 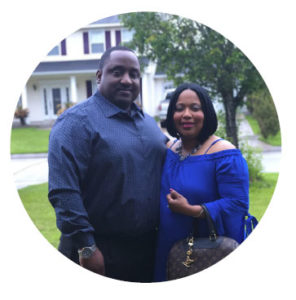 There has been a lot of concern in recent years about the challenge of replenishing the ranks of HTM professional as veterans retire and training programs close.

What is surprising is that more young people, who have a dad or mom who is a biomed, don’t sign up for what is a rewarding career.

Thankfully, some biomeds do pass the baton to family members. That often means passing along the enthusiasm for the field as well.

One HTM professional that is keeping biomed in the family is Bryant Hawkins Sr., unit director II with Crothall Healthcare, at AdventHealth-Palm Coast.

Hawkins Sr.’s decision to enter the biomed field was mostly unplanned and random.

“When I graduated from high school, my father gave me three options – go to school, get a job or get out. I was looking through the local community college syllabus. I closed my eyes, and I thumbed through the pages. I said whatever I touch, that’s what I will do. I landed on biomedical equipment technology. Never heard of this profession. It seemed very interesting, so that’s what I went with,” he says.

“In 1992, I began my internship at United Medical Center, New Orleans. My mentor was a retired Navy veteran, Edward Lister, who was a very firm mentor. I thought he was just being tough on me, but he was as he would say: ‘Preparing me for the real world.’ That he did. I think, I worked harder as an intern, than on my real biomed job. We still keep in touch to this day, and he still is a tough cookie. I have to remind him, I’m a grown man now. I owe a lot to him, and ‘Thank you Lister,’ if you are reading this article,” Hawkins says.

No lengthy biomed career comes without challenges. Hawkins has not been exempted from this inevitability. Some of those challenges were tempered by the help of great colleagues.

“In 1993, my first challenge was when I finished the biomed program. There were no BMET jobs available. The director of the biomed department at a local hospital helped me get a related biomed job, where I was a video tech/surgery orderly. I worked the laparoscopic equipment during surgery cases. Basically, my first biomed job was not actually repairing medical equipment; it involved more cleaning of medical equipment. After a year of doing that, I finally was able to get my first biomed job,” Hawkins remembers.

Jumping ahead 12 years to August 29, 2005, Hawkins was working for Modern Medical Systems as a site manager in New Orleans the day Hurricane Katrina hit.

“The hurricane destroyed my city and the hospital I worked at. Clarence Dolese, my regional director at the time, kept me working. From August 2005 to Sept. 2006, I was working in Columbus, Georgia; Los Angeles, California; Flint, Michigan; Dayton, Ohio; Miami, Florida; Farmingdale, New York and Boston, Massachusetts. True story; during one trip, he picked me up from the airport on a Saturday, I was coming from California and he needed me in Miami Monday morning. I said, ‘You’re not just dropping me off; you’re coming inside to explain to my wife? Which he did,” Hawkins says.

He says that Pat Meehan, the CEO of Modern Medical, was very supportive.

“He and his wife, Abbie, would literally call me and check up on me, to make sure me and my family were OK during this challenging time. In 2015, when Crothall acquired Modern Medical, I placed a call to Pat, and he literally left a meeting to take my call to discuss the acquisition with me personally. I still keep in touch with both of them to this very day,” Hawkins adds.

When not managing healthcare technology, Hawkins keeps busy in his off-hours with music and creating images. 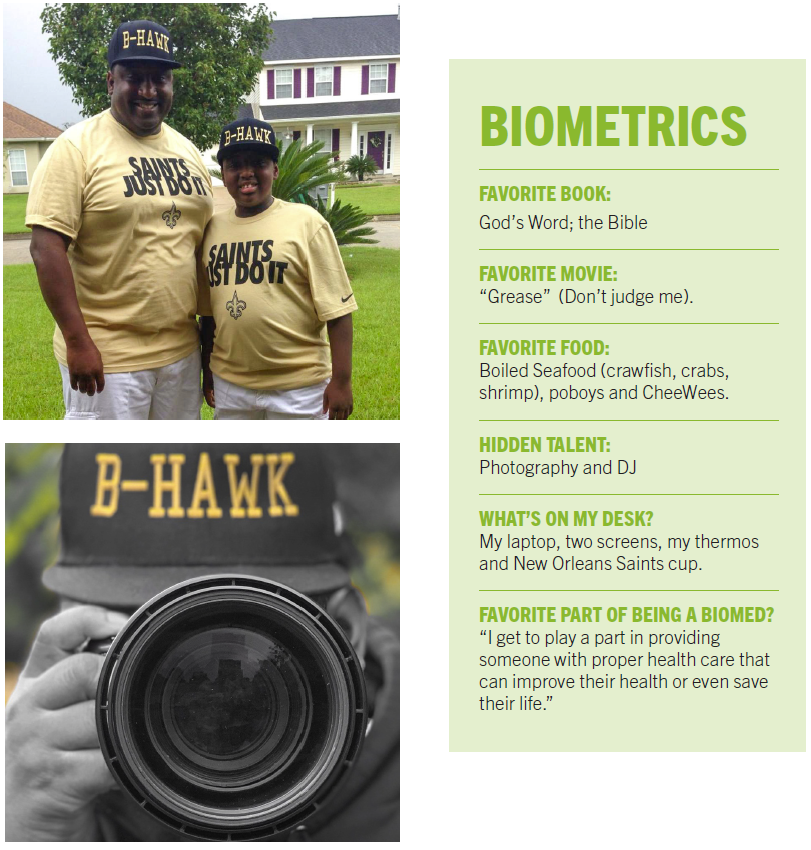 He has been married for 27 years to Zondra (Zee). He has a daughter, Meaghyn, who is 21. She is a certified radiology tech in New Orleans. There is also his son, Bryant Jr.

What’s the most important thing to know about Bryant Hawkins Sr.?

“My wife always tells me I have never met a stranger. I looked that saying up. It means ‘You are friendly and approachable to anyone and everyone. No one is a stranger, just a friend you haven’t spoken to yet.’ I’m blessed to have both my parents (56 years married), two sisters and two brothers who are the source for my being. Growing up in New Orleans also plays a part,”he says.

A more recent challenge for Hawkins was making another move and relocating to Palm Coast, Florida in 2018. His son was not happy about the move, but learned to like Florida over that past three years. His daughter stayed behind to attend college.

The upside today is that Hawkins’ son not only learned to like his new home state but also entered the biomed field, just like his dad.

“He is also working in biomed just like me. He completed his training at the College of Biomedical Equipment Technology and now we both work for Crothall Healthcare. Safe to say, this last challenge was a great move for our family. Crothall Healthcare was extremely supportive during this challenging time for my family,” Hawkins says.

“The proudest moment of my career is the fact me and my son are in the HTM field and are both employed with Crothall Healthcare,” Hawkins adds.