Posted By: K. Richard Douglason: November 01, 2019In: Magazine, Professional of the Month, Spotlight 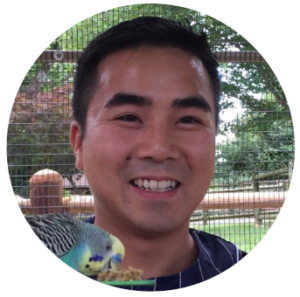 Everything is big in Texas. The state is twice the size of Germany. Besides being the U.S.’s second-biggest state in square miles, it is also the second most populous state and has the largest domed capital in square footage of any state.

In keeping with this theme, the account that our professional of the month is assigned to is one of the largest health care systems in Texas and the U.S.

Hoang is assigned to a major health care provider in the Dallas-Fort Worth area. In his nomination, Hoang’s boss had high praise.

“Calvin is your ideal biomed. He works on anything and everything you could think of in the biomedical field and then some,” says Travis Brown, CBET, Dallas-Fort Worth regional manager with Modern Biomedical & Imaging. 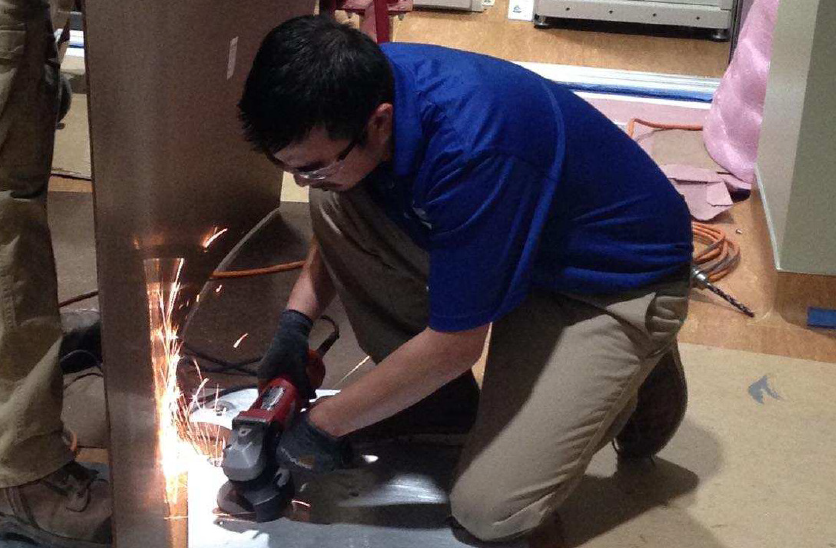 Brown says that a typical day for Calvin may start with a sterilizer repair, then lead him to work on a contrast media injector, replace a high voltage cable on a C-arm after lunch and knock out some routine PMs on his way home.

“Calvin has proven himself to be the go-to resource for our team of nine biomeds and he fields calls from our technicians nationwide for phone support. Just the other day, he was able to walk one of our guys through the process of loading SW and basic calibrations on a 9800 Elite C-arm over the phone,” Brown says.

Hoang came out of a different field when he became interested in biomed.

“I went to Texas State Technical College (TSTC) in Waco, Texas. The school provides a variety of hands-on experience to help assist you in the technical field. The instructors at TSTC were very knowledgeable when it comes to teaching their courses,” Hoang adds.

Hoang says that he started as an intern with Modern Biomedical and became permanent after he finished college.

“The job title is customer service representative, though we are considered a biomed/imaging tech. I also worked previously as an imaging service engineer for a couple of years, servicing Toshiba CT and MRI. I was also a medical imaging installation technician and installed mostly CT or PET/CT,” Hoang says.

He says that he is OEM trained on the GE Healthcare Avance CS2 anesthesia machine.

“I also specialize in portables, OEC C-arms, ultrasounds, contrast injectors, Steris sterilizers, washers and boilers. Working with Modern Biomedical gives me an opportunity to expand my skill sets in a broad range of equipment/modalities,” Hoang adds.

Brown says, “with already having so many specialties, somehow, we were able to convince him to go to anesthesia training and now he has added anesthesia to his repertoire of skills.”

Going Above and Beyond

Hoang is a big advocate for his employer and is hands-on with everything from promotion to training. Supporting colleagues is also a priority for Hoang.

“I’ve provided excellent service, gained customer’s trust and helped my company expand through word of mouth. Previous customers moved on to a newer facility and have requested my company for their service. I feel that it’s a great challenge to expand into new territories and to provide consistent service to new customers. By helping ‘start-ups’ to new customers, we aim to give a good impression,” he says.

Hoang says that he typically trains the new hires on using the company’s software efficiently when it comes to performing PMs, creating purchase orders, adding new equipment onto inventory and more.

“I also provide feedback to our IT department on how to improve our software. I also typically train new hires on new biomedical equipment or imaging modalities to perform preventative maintenance/repairs that the new hires are not familiar with; such as contrast media injectors, ultrasounds, GE OEC C-arms, GE AMX portables, the list goes on. I also provide technical support for my company across the nation on the modalities that are listed previously,” Hoang says.

The effort does not go unnoticed. His supervisor reflects on his level of customer service. 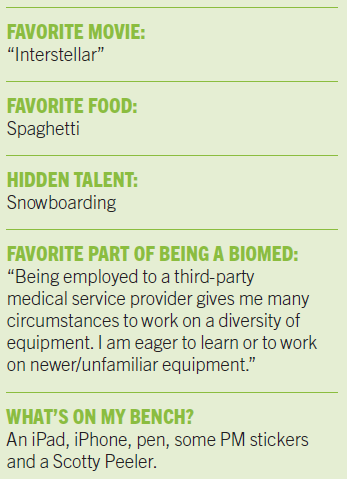 “What impresses me the most about Calvin is how he is never too busy to help out the customer or fellow technician with something trivial,” Brown says.

“Our customers love him because he takes the extra time to fully hear their concerns and address them to the fullest extent. A great example of this is how he went above and beyond to locate repair parts for a wheelchair we didn’t even cover. There are countless examples of this type of attitude, but what it equated to was a repaired wheelchair that the facility is able to continue using without any added headache or grief,” Brown adds.

Hoang’s description of himself is simple.

“I like to think of myself as ambitious, a team-player, goal-driven and, for the most part, humble,” he says.

“Long story short, when Calvin sees an issue, he heads it off and addresses all concerns. He is extremely family-oriented and often goes out of his way to build fences, carports and various other projects for his friends and family. His family often gets together for giant crawdad cookouts where they purchase over 10 pounds of crawfish,” Brown says

With praise like that, HTM is the perfect field to excel in. It’s all about helping others and Hoang has that down to a science.