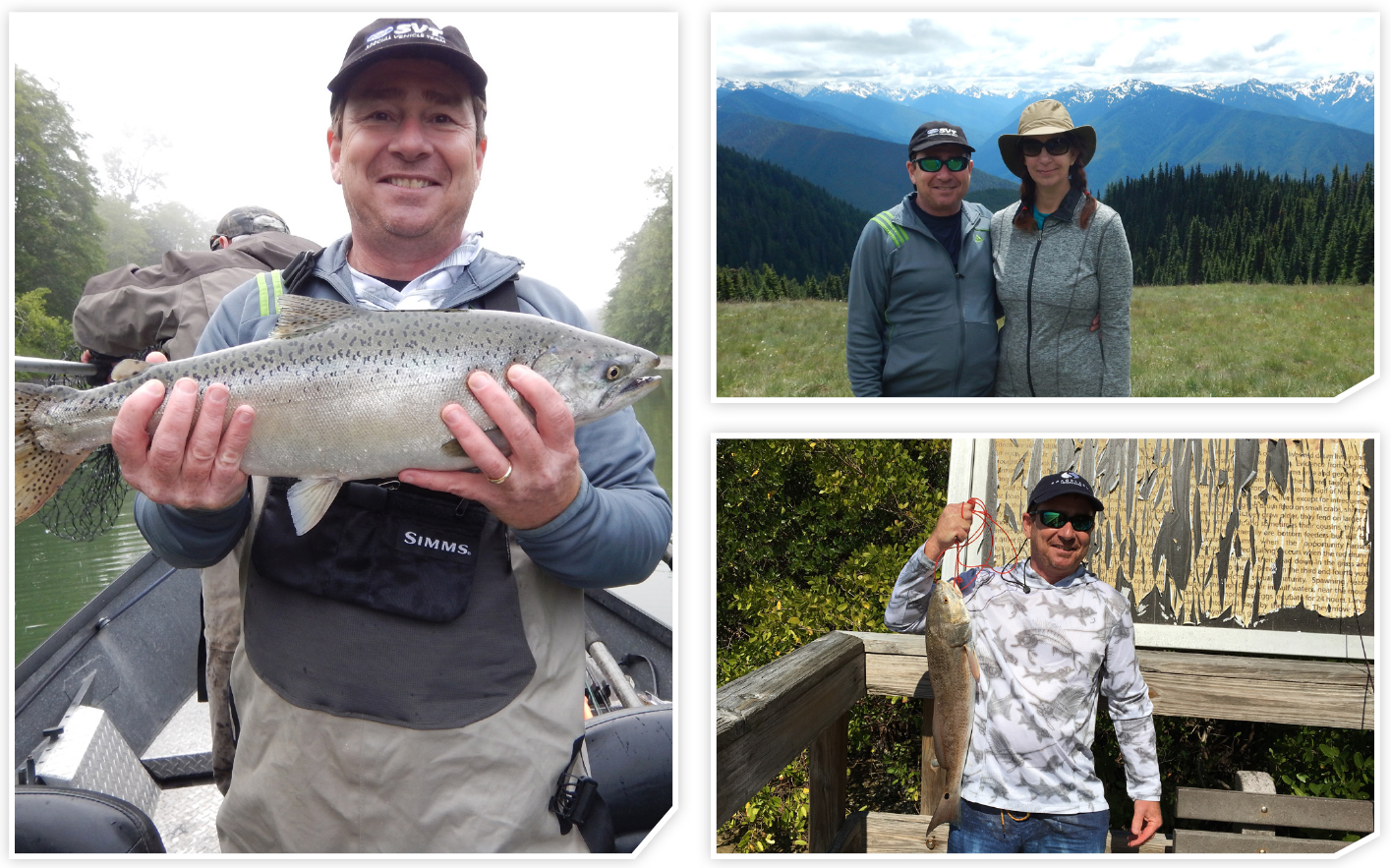 Professional of the Month: Chuck Martoglio – Ultrasound to Classic Rock

Posted By: K. Richard Douglason: March 30, 2018In: Magazine, Professional of the Month, Spotlight

Whether you work on cars or medical equipment, there are a few constants – diagnostics, knowing how to work with tools and understanding how different components work. The goal is always the same with both; to make that machine work as the manufacturer intended it to.

It’s no surprise then, that someone who is trained to work on automobiles would have the skill set to transition those skills to the HTM profession.

That is exactly what Chuck Martoglio did. Martoglio is a field service specialist, ultrasound, in the clinical engineering services department at BayCare Health System, which is based out of Clearwater, Florida.

“I was an auto repair technician for 23 years. I was in need of a career change, but had no idea of what I wanted to do. One day, a friend of mine who is a respiratory therapist mentioned that he thought I would be a good biomed,” Martoglio remembers.

“I had never heard of the profession, but looked into it. The more I researched it, the more I realized that it was exactly what I was looking for. I found and joined the local biomed networking group, the Bay Area Association of Medical Instrumentation (BAAMI), and went to a meeting to see if it was as good as it seemed. I was overwhelmed by the support I received that night,” Martoglio says.

“I met David Booker, a manager at one of the BayCare hospitals. Not only did he answer all of my questions, he invited me to the shop to check it out. I was hooked. The caliber of people I work with in all areas of the hospitals continues to make me thankful I made the change,” he adds.

Going from the auto technician profession into HTM meant some additional specialized training. Martoglio was able to go to school and receive hands-on experience at the same time.

“I took the electronics engineering program at Hillsborough Community College and graduated with an A.S.,” he says.

“While I was in school, I got a chance to work in Dave’s shop as a volunteer. I also met Bill Hart, biomed supervisor at Lakeland Regional Hospital, at a BAAMI meeting, and landed a part-time PM tech position there. These opportunities were extremely valuable experience while I was in school,” Martoglio says.“After graduation, I was hired as a biomed at BayCare. I was promoted to a biomed II and then to my current position, field service, ultrasound,” he says.

Projects and challenges come with the job and Martoglio has worked on network security projects and imaging issues.

“It can be challenging taking care of multiple sites, especially when there are critical issues at the same time at different locations. Fortunately, that doesn’t happen very often and I get good support from the other field service staff or biomeds on site,” he says.

“DICOM issues can be challenging as well because there are multiple causes that I do not always have access to or control of. Having good relationships with networking, clinical applications, and security team members has been key to troubleshooting,” he adds.“I’ve been involved in a number of network security and migration projects. I recently assisted three heart and vascular locations migrate to our network. This involved working with our clinical applications, networking, and security teams to ensure everything was configured and secured properly. With the challenges of healthcare security, we have been very active in securing our medical equipment. My responsibilities have included locking out USB ports, WannaCry patching, and gathering data for our security team,” Martoglio continues. 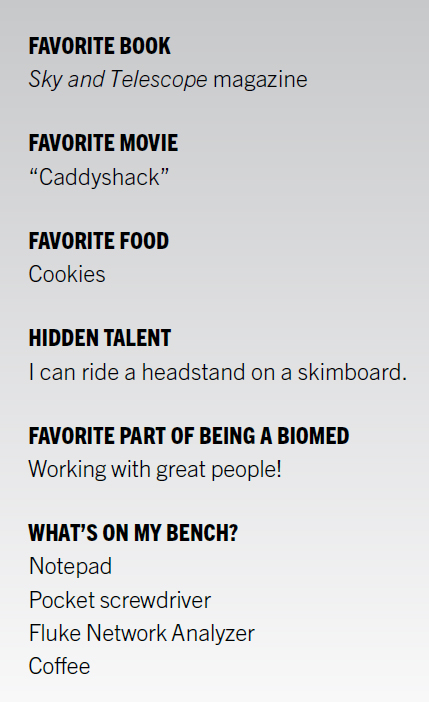 Not everything is related to work and Martoglio finds time to pursue some enjoyable pastimes. From rocking on guitar to hiking with his wife, and fishing, he gets some enjoyment on stage and in national parks.

“We’d like to visit all of them eventually. We are currently planning a trip to Banff, Yoho, and Jasper National Parks in Canada to celebrate our 25th anniversary, where we plan on hiking, fishing and relaxing,” Martoglio says

Martoglio says that he has been fishing for as long as he can remember.

“My parents took us camping and fishing a lot when I was a kid. I guess that’s where my love of nature comes from. I mostly fish locally for redfish, snook and tarpon. I recently purchased a fly rod and reel and am trying to learn how to use it. I love to fish mountain streams and rivers when on vacation just because I find it so beautiful and relaxing in such a different environment,” he says.

From the streams to the stage, he also knows how to jam on the electric guitar.

“I’ve played in a few classic rock to hard rock cover bands, most recently a Metallica tribute band called Magnetica. We actually had a number of road shows in the southeast that were such an experience to play,” Martoglio says. “It is great fun, but also a takes a lot of free time which is why I just jam with friends on occasion now.”

“As far as golf goes there’s not much to say other than I get my money’s worth every time,” he adds.

In central Florida, ultrasound patients can be certain that the devices they, and the clinicians, depend on will work right, Metallica’s music will get its due respect and the national parks will be appreciated by one multifaceted HTM professional.