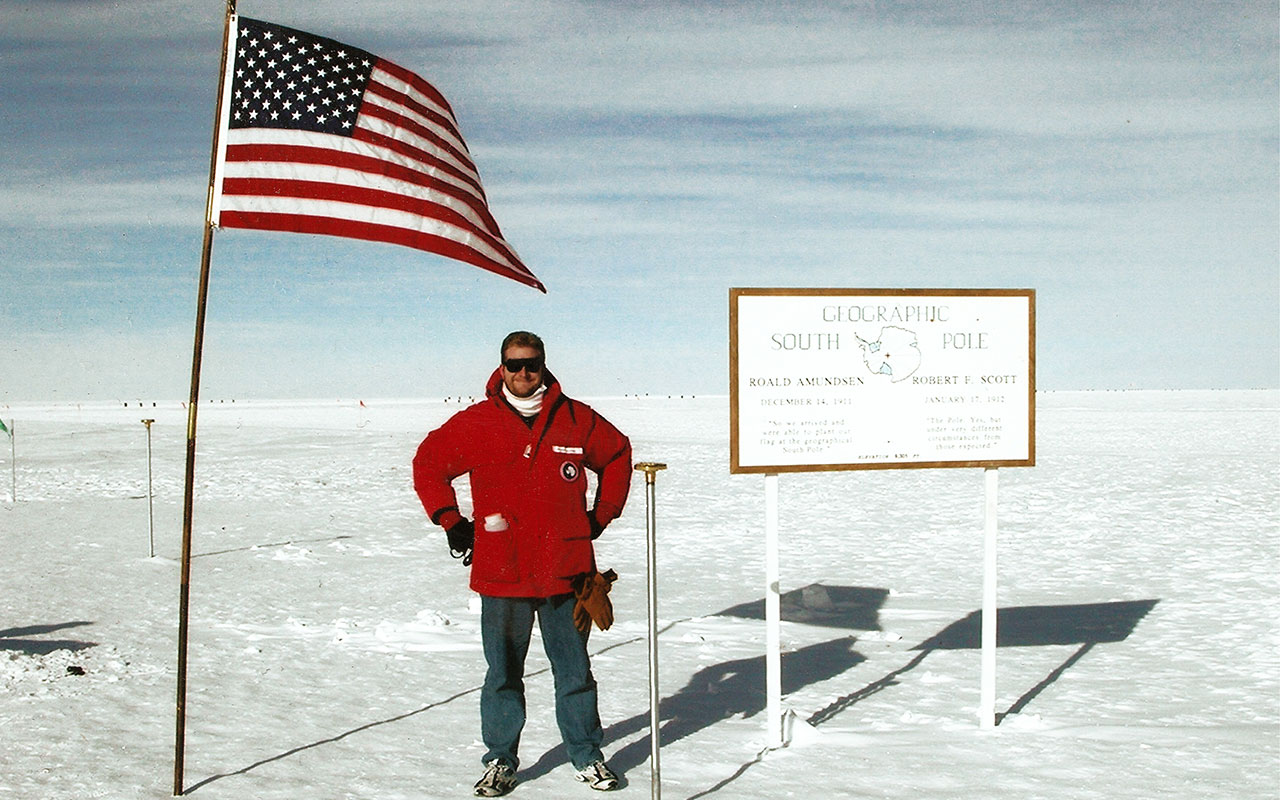 Professional of the Month: Dustin Telford

Posted By: K. Richard Douglason: October 01, 2015In: Magazine, Professional of the Month, Spotlight

It seems to be a story that often sounds like a broken record; the HTM professional who found his calling at an early age. They liked to fix things, take things apart or work with their hands. This would be a story to take with a grain of salt if it weren’t for the fact that it is so common among biomeds. So many discovered what would eventually be their vocation early in life.

One perfect example of this is the biomed, whose little brother Ian, used to break vacuum cleaners.

“I would be the big brother fixing our vacuum cleaner before our mom got home from work,” remembers Dustin Telford, CBET, CRES, CLES, CHTM. 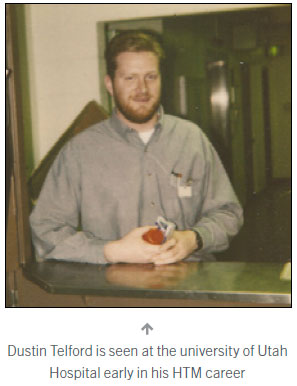 “I taught myself to solder — not too well — when I was a kid. I loved my Radio Shack 101 electronics projects kit,” he adds. “I even taught myself how to program a TI-99 computer and other systems and languages to follow. Biology was also fascinating for me early on.”

Telford wasn’t satisfied to grow up and become a biomed. He decided to drink in HTM like some people gulp down a can of energy drink. As Telford tells it; it’s more like a romantic comedy. It not only began with broken vacuum cleaners but also the attributes of many family members.

“My family — a whole list of them — added a little bit to my chemistry including a mom who tirelessly works on social and communications issues, a down-to-earth dad who is a master craftsman and wisecracker, grandparents who probably encouraged my education and love for the sciences and hard work and so on,” Telford says. “In all seriousness, these people had an indirect or direct influence on what makes me tick in healthcare technology management or anything.”

Telford attended the University of Utah and studied biology as a pre-med student. His career plans changed slightly as a course correction resulted in a new trajectory.

“While house-sitting my friend’s parent’s home, an Army recruiter called looking for my buddy. He talked me into testing for, and checking out, the offerings serving the country,” Telford says.

“Originally, I wanted to be a combat medic, which I thought would dovetail with my pre-med courses, and would only take me out of college for one to two quarters,” he adds. “When I was offered an enlistment, my options included combat medic and then this MOS (military occupational specialty) that really attracted the medical electronics and somewhat adventure-seeking guy; medical equipment repair.”

At the time, Telford’s thinking was that this was a five-year career in a health care field while he worked on his college degree.

“Within a week of starting the Medical Equipment Repairer school, I started thinking about a 10-year and then a lifetime career,” he says.

“I attended the U.S. Army Medical Equipment Optical School in Aurora, Colorado, after basic training in Ft. Jackson, South Carolina. My training was recognized as one of the best programs available at the time and still is under joint service leadership,” Telford says.

“Most of us who attended Fitzsimmons in those days still refer to it as Club Fitz, not because the training was easy or the program did not phase out a lot of folks, but the school was a lot more relaxed than what most military programs are and were.”

Telford remembers that students were expected to be professional and conduct themselves as soldiers and students. On the other hand, they were allowed to find success through self-motivation by keeping up-to-date on their studies while enjoying their personal time.

Since entering the field, he has had a good mixture of experiences and has enjoyed every role.

“I have, or am currently, been a technician, a specialist, a field engineer, an educator, a clinical researcher, a clinical engineer, a manager, a soldier, a charitable service worker, a leader, and a member in children’s hospitals, professional associations, cancer hospitals, large hospital networks, trauma hospitals, universities, the military, the VA, with OEMs, with third-parties, and even as the lone biomed in Antarctica,” Telford says. 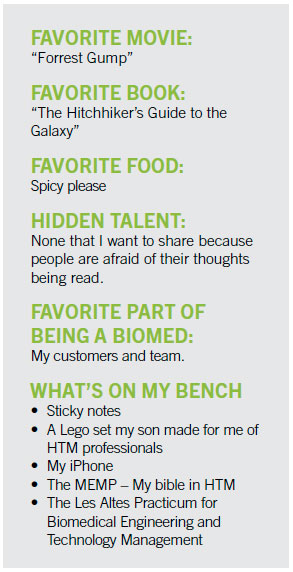 We did say he decided to drink in the HTM profession. Currently, in addition to his work as a Field Service Manager with HSS assigned to Children’s Hospital Colorado and working as the hospital’s Biomedical Equipment Manager, he is also Director of Clinical Engineering for earthMed. He has been on several boards with AAMI, is president of the Medical Equipment & Technology Association (META) and past president of the Mountain West Healthcare Technology Association (MWHTA).

Asked what he would like TechNation readers to know about him, Telford emulates his wisecracking dad, before waxing philosophically.

“The second thing I would want readers to know about me, is that I wish some people cared more about things in their life,” he adds.

Away from work and volunteering, Telford is an avid aquarist who collects tropical fish.

“The first 10-gallon aquarium I owned was when I was in fifth grade and I have kept everything from sea-monkeys to monster fish. If there were a position open at Sea World, or better still Monterey Bay Aquarium, for a biomed, I would probably have jumped on this position before joining Children’s Hospital Colorado,” he jokes.

He describes his family as “two great kids and a wonderful, beautiful wife.”

“I could go on and on about this trio because they are my life outside of work and they support my work,” he says.

Getting involved in a career field, through many avenues, shows a commitment and caring for the profession. To that end, Telford has shown he cares a lot.