Posted By: K. Richard Douglason: March 01, 2017In: Magazine, Professional of the Month, Spotlight 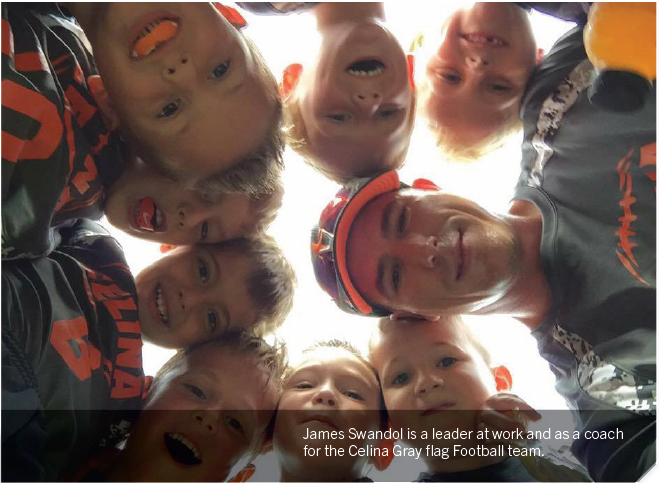 Some biomeds are so into what they do that they take emails while on vacation and want their department metrics to be outstanding. It may just be a little competitiveness or some leftover values instilled by military service.

Whatever the reason, James Swandol Sr., CBET, a senior biomedical technician at Baylor Scott & White in Carrollton, Texas, is among those who wants to be the best. 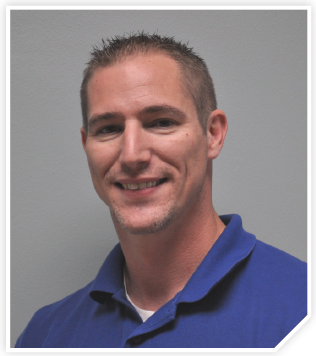 Swandol’s original ambition was to help people get into shape or stay in shape. Like the best laid plans, things changed and he landed in the HTM profession.

“I fell into the biomed field by luck. After I received my honorable discharge from the U.S. Army in 2006, the plan was to be a personal trainer. I earned my certification in fitness and strength training and found a job on my first day of looking. Things were looking good, and then the economy began to turn, and I started losing clients,” Swandol says.

“I decided I needed to go back to school and I chose a degree plan in electronics, I knew one thing, I could not go wrong with that degree,” he says.

After he graduated with honors from DeVry University with an associate degree in electronics and computer technology, Swandol was offered a job during his last week of school with a company that repaired and maintained anesthesia machines. 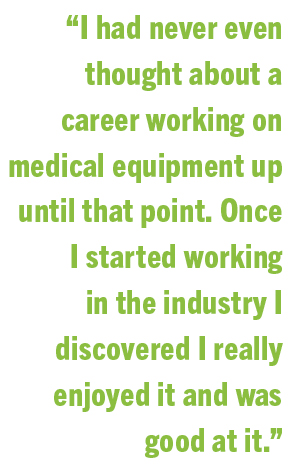 “I had never even thought about a career working on medical equipment up until that point. Once I started working in the industry I discovered I really enjoyed it and was good at it. From there, it opened doors for me to become a biomedical equipment technician rather than a field service technician,” he says.

In addition to earning a degree in electronics, Swandol has attended manufacturer equipment training classes. Since he did not go through a formal biomed training program, he credits his success to having good mentors.

He still considers anesthesia to be his area of specialty.

“When I first became the senior technician at Baylor Scott & White Medical Center at Carrollton, we had eight projects on the books; everything from telemetry upgrades to nurse call additions,” he says.

“Having that many open projects, with no progress, was overwhelming for me so I created a way to track the projects on a white board and began working hard to get them completed. I began asking questions until I had the right people moving to complete them; in a matter of eight months we had them all completed and my project board cleared,” Swandol adds.

Devotion to Family and Work 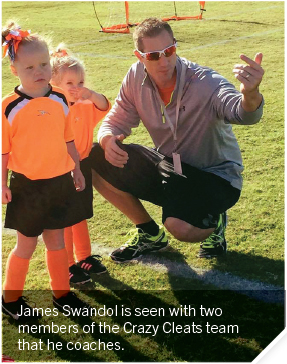 On the home front, his family consists of his wife and two children. His son is six and his daughter is four.

“I think I lucked out to have one of each; my son is into baseball, football and video games; my daughter is my princess; she love gymnastics and cheerleading, she is 100 percent attitude. My family has been very supportive of me with my career; when I was studying for the CBET they made sure I had my quiet time every day for six months,” he says.

Swandol keeps busy with coaching. He coaches youth sports. The teams under his command have included kindergarten flag football, as well as soccer, football and baseball.

“I really enjoy coaching youth sports,” he says “It’s amazing, especially at that young age, to watch how much they learn and develop over the season.”

“I play slow-pitch softball every spring, summer, and fall in a couple city leagues and tournaments whenever I can.

When Swandol isn’t coaching or playing softball, he enjoys hunting.

“There is not much better than being in the woods hunting deer or in a duck blind with friends,” he says.

Asked about what readers should know about him, Swandol points to some of his roots and where some habits were instilled.

“I am a veteran of the United States Army and served two tours in Iraq. I owe my strong work habits to the Army,” he says.

“I strive to be the best, I take pride in my work, and it gets under my skin when things are not perfect. I’m also very competitive; I want my hospital to have the best biomed department and our numbers to be the best in our system. Every month, when our productivity reports come out, I want to be number one. I am a workaholic, I cannot step away from it, even when I’m on vacation, I’m still answering e-mails and keeping tabs on what’s going on at my hospital,” he adds.

In the recognition department, his employer has demonstrated appreciation for saving the system money.

“I’ve received a Service Excellence Award from Baylor Scott & White for saving our lab money on a repair that a vendor wanted $5,000 to just come take a look. I was able to find the problem and repair it by using the service manual and speaking to technical support. Not only did it save money, but it saved the lab down time,” Swandol says.

When you want the best for your team and employer; it gets noticed. Fifty push-ups or fifty PMs, it’s all about getting something achieved.