Posted By: TechNation Development Teamon: July 01, 2021In: Magazine, Professional of the Month, Spotlight 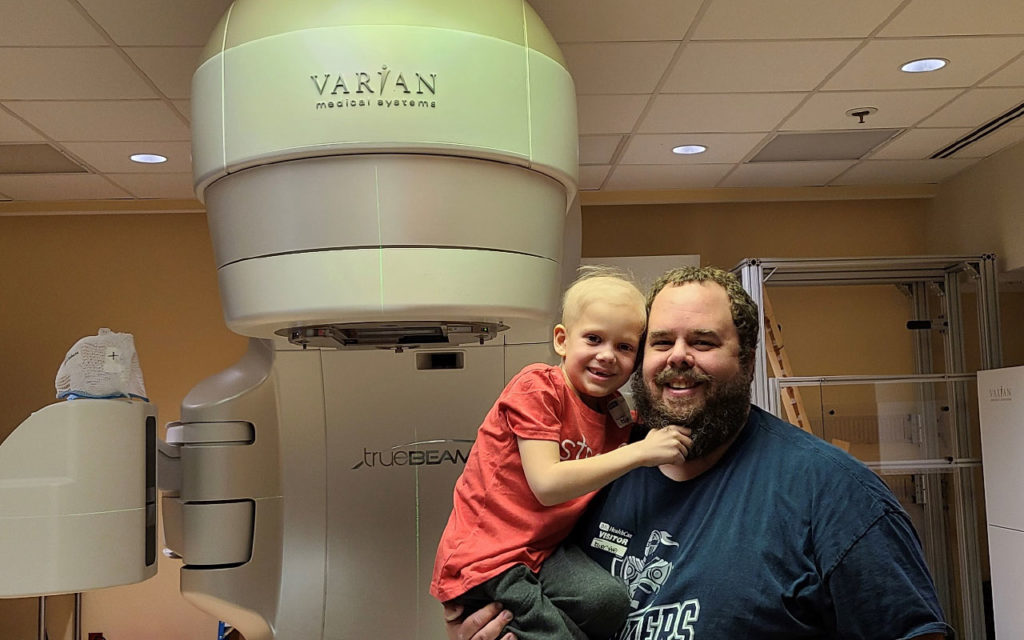 Most, if not all, biomedical technicians and imaging service engineers approach the servicing or repair of medical equipment as if a family member may be the next patient who depends on it. A local newscast in Missouri introduced viewers to this approach to equipment servicing and how it can hit close to home.

A segment on CBS KSDK-TV channel 5 in Missouri told the story of a 6-year-old boy named Isaiah Neil who was suspected of having a nasal polyp, but who was also losing weight. His mother suspected that it was something more than a sinus infection or polyp.

Diagnostic testing revealed that Isaiah had rhabdomyosarcoma, a soft tissue cancer in his nasal cavity. He was air lifted to St. Louis Children’s Hospital.

“My youngest was diagnosed with cancer back in January. We went in for a routine surgery to remove a polyp from his nasal cavity and they ended up flying him from Branson, Missouri, where the surgery happened, to St. Louis Children’s Hospital,” Neil says. 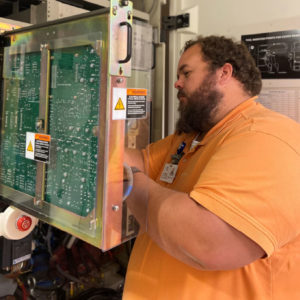 “St. Louis Children’s Hospital is part of BJC Healthcare; who I work for. As part of his treatment plan, he had to have six weeks of radiation. Due to COVID restrictions, I had to make a choice to either go to St. Louis for the entirety of his radiation treatment course, or not get to see him or my wife for that whole time,” Neil adds.

He says that his manager and coworkers stepped up to fill the gap while he was away.

“They allowed me to work at the main cancer center in downtown St. Louis, and my other coworkers stepped up to go down to Springfield and cover for me. My son has to have weekly chemo treatments in St. Louis through November of this year. They continue to step up and come down here every week, allowing me to drive my wife and son and be with them during this difficult time,” Neil adds.

Neil is one of those medical device service specialists who has always approached the servicing of devices as if a loved-one would be the patient.

His path to servicing imaging equipment goes back to his military days.

“I went to a conference for people separating from the military several months prior to getting out of the Navy. I learned about many different career paths for someone with my training from the military, but working on medical imaging equipment interested me the most. I ended up interviewing with several companies, and after learning about Varian Medical Systems and what they did, I knew that was the path I wanted to take,” Neil says.

Most of Neil’s early training came from the military.

“I was a fire control technician in the Navy serving onboard submarines. So, I had most of my technical training from there. When I was hired on at Varian, I went to many of their classes to learn all of their equipment in depth. But like much of what we do in this industry, I learned the most through on-the-job training. I’ve also been to several other classes since becoming an in-house engineer including ultrasound, X-ray and other linear accelerator training courses,” he says.

Civilian Life as a Service Engineer 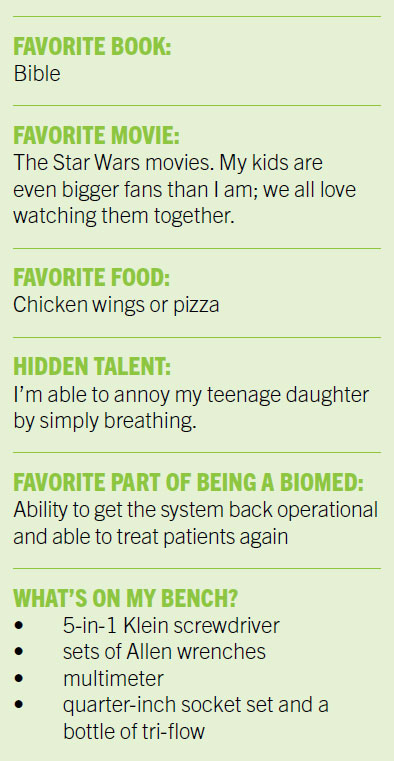 Neil spent eight years with Varian as an installer. Upon leaving, he took a position with Mercy Hospital in Springfield, Missouri as a radiological equipment service tech.

“My primary responsibility was the linear accelerators, but I worked on virtually all imaging modalities while I was there. After doing that for three years I became the manager of clinical engineering at Mercy. This allowed me to learn much more about the biomed side of our operation where most of my career was spent on the imaging side. I enjoyed that job, but after about a year, I had an opportunity to go to work for BJC Healthcare out of St. Louis while still living in Springfield, Missouri. I have been here for two and a half years as a radiotherapy service engineer. I am responsible for maintaining the Varian linacs for two cancer centers. I have TrueBeams and an Ethos as the equipment I maintain,” Neil says.

Off the job, Neil and his wife are investing a lot of time and attention to their children’s education.

“I’m a homeschool dad. After my oldest was born, my wife and I decided to homeschool our children. This makes some things in life harder, but it has been so worth it. Having my children home, and knowing my wife is teaching and taking care of them while I provide, is so rewarding,” he says.

He has been married to his wife, Amber, for more than 16 years.

“We met working at the Dairy Queen in high school. We’ve got four kids. I’ve got a teenage daughter, a wild boy and boy/girl twins,” Neil says.

In addition to education, he has also been involved in his kids’ athletics.

“For several years now, I have helped coach my kids’ baseball/softball teams. While I played other sports as a kid, I have really enjoyed coaching these kids. Watching them develop through the course of a season and come together as a team is so rewarding,” he adds.

Neil says that many calls can have a 24-hour response time. However, when it comes to the accelerators in the cancer centers, they have to respond much quicker. The goal is to repair the machine and get it back to treating patients as soon as possible.

With that concern for patients, and attention to detail, Neil’s son has doctors and nurses and his own dad to thank for his treatment.

Treat the device you are servicing as if a member of your own family will depend on it. Matt Neil knows that mindset has real-life relevance. From one unsung hero to the many others.