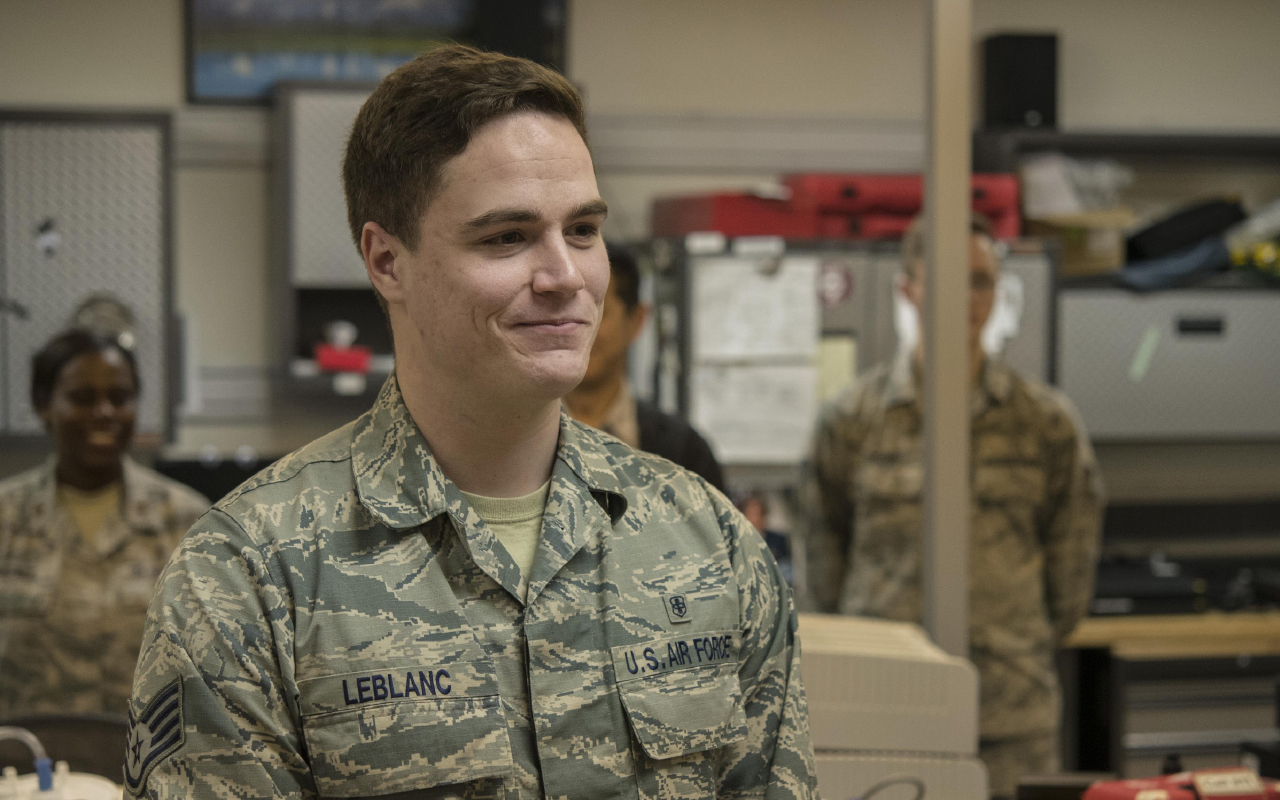 Posted By: K. Richard Douglason: June 01, 2018In: Magazine, Professional of the Month, Spotlight

In a recent publication from the U.S. Air Force, Airman Xiomara Martinez told the story of a staff sergeant with the 35th Medical Group at Misawa Air Base in Misawa, Japan who takes on a biomed challenge and saves the day.

The medical group’s surgical washer broke and the consequences were significant; patients would have to be diverted to medical facilities in Tokyo and Hawaii for treatment if it wasn’t fixed.

Martinez explains what happened next; “And that’s where Staff Sgt. Jeremy LeBlanc, a 35th Medical Support Squadron biomedical equipment technician, comes in. His job was to fix a washer that seemed like it was done for. While some might cringe at taking on such a project, LeBlanc had a slightly different attitude.”

LeBlanc says that troubleshooting is his favorite part of the job.

LeBlanc went to great lengths to repair the surgical washer and received recognition from his superiors in the process.

Martinez explains that “after two weeks of running tests 10 to 12 hours every day, tearing the technologies apart and putting them back together, just to run even more trials to check if the surgical washer would work, LeBlanc’s patience paid off. The surgical washer finally turned on.”

LeBlanc is the 35th Medical Support Squadron unscheduled maintenance NCO in charge and the alternate facility manager at the Misawa Air Base hospital.

He originally chose the HTM profession during a meeting with a recruiter.

“When I enlisted in the Air Force, I had no idea what a biomedical equipment technician was. When I was going through the list of choices with my recruiter, she explained the job to me and it seemed like something I would enjoy doing. It has a good pay off of job growth and opportunities both in the military and the civilian side,” he says.

LeBlanc’s training came by way of an extensive military program.

“There is a 10-month tech school we go through at Fort Sam Houston Air Force Base in Texas. The training program is an accelerated college course where we earn 79 college credits in 10 months,” LeBlanc says.

He says that each course is set up to be half classroom time and half hands on, where students learn the application of the equipment, how it works, the anatomy and physiology of what it does to the patient and an overview of the schematics for all the circuitry.

“We actually use the equipment, take it apart, replace parts and the instructors will put in faults and bugs we have to troubleshoot and explain what is causing the fault and why it is affecting the machine the way it is,” LeBlanc says.

“If we can explain how something is affecting the unit, then we get a better understanding of the unit. Lastly, course 12 is specific to the Air Force where we learn about the command structure, our work order system, recalls, etcetera,” he says.

LeBlanc says that “in our jobs we are the subject matter expert for all the equipment in the hospital, but I have a larger amount of experience in dental and dental lab equipment.”

He says that his first assignment was at Peterson Air Force Base in Colorado, which is the largest dental lab in the Air Force.

“The dental clinic there submitted the majority of the work orders we had. At my current base, dental is also a majority of unscheduled work that we have,” he says.

Before attaining his current position, LeBlanc went through other stages of HTM career progression in the Air Force.

“I started out as a biomedical equipment apprentice. I mainly received on-the-job training, finished career development courses and other training outlined in our career field education and training plan,” he says.

Logistics can be a challenge for biomeds in other countries and service members stationed in foreign duty stations are not exempt.

“I think the hardest part of my job now is our location in northern Japan. There is always a delay in parts and service due to where we are. I can’t get same-day service over the phone like I could in the states,” LeBlanc says.

Besides the challenge of getting parts quickly, broken surgical washers can be a challenge as well. For his efforts in repairing the surgical washer, he was awarded the “Wild Weasel of the Week” by the 35th Fighter Wing commander. In 2014, he won the Biomedical Equipment Airman of the Year award.

In his off time, LeBlanc enjoys rock climbing, snowboarding and watching movies.

“I would recommend biomedical to anyone in or out of the military. I take pride in what I do and I don’t see myself changing careers anytime soon,” he says.

No doubt that the patients and clinicians at the 35th Medical Support Squadron are happy to hear that.