Posted By: Manny Romanon: May 01, 2018In: Expert Advice, Magazine, The Roman Review 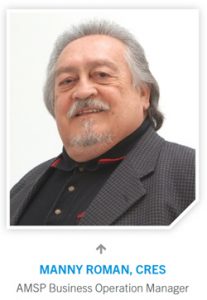 Ruth and I were invited to a neighbor’s home for a corned beef and cabbage St. Patrick’s Day celebration. There were five couples at the gathering, all old people like me. All have been married for over 35 years, one for 43.

One of the ladies at my table began talking about how her supervisor mishandled a situation in the presence of a customer. Her husband provided advice on how she should have handled the situation. The wife became irritated and gently chastised him for his insensitivity to her feelings. This almost ended the conversation except that some of the other men began to also provide advice and the ladies then proceeded to defend the original wife.

There was a pause in the conversation, which threatened to terminate it completely as the tension built. I took the opportunity to demonstrate my great skill and knowledge in the people and relationships arena. With great skill I quoted scientific evidence that explained what just transpired.

Science indicates that women tend to express their emotions more readily and in more detail than men. Women also have access to five tones in their speech patterns and men have three so men will tend to miss some finer points in the conversation.

Another issue is that men are fixers. When they hear the woman expressing her emotional state, the man immediately assumes that something needs to be fixed. He begins to analyze the situation with the objective of effecting appropriate repairs. He then proposes the quick and simple solution. This is not what the woman is normally looking for in the conversation. The lady is looking for some empathy, understanding and acknowledgement of the emotions involved.

Now ladies, please don’t get upset with me for this oversimplified explanation. My point is that men tend not to listen empathetically and that men tend to think that women are looking for a solution from them.

Well, when I explained all this at the old people’s gathering, the ladies all loved me. They were all very impressed with my enlightened understanding and thought of me as a sensitive, modern male. They all were a little envious of Ruth.

The men, well they crossed their arms, turned away, rolled their eyes, and generally shut down. Especially since the ladies were all pointing to me and saying, “See, Manny gets it, why don’t you? Pay attention.”

I was attempting to help the situation since after all those years of marriage the couples hardly speak to each other. The ladies have just given up trying to get real in-depth conversation. The men have given up trying to provide fixes. They have accepted that this is what long marriage is all about. Then I come along and mess it up, momentarily that is.

I quickly realized the error of my ways. The men are my drinking buddies. I just became one of the girls in their eyes. I don’t really want to stay with the girls since I don’t understand their topics of conversation.

Luckily, since we are old and easily distracted, the men went back to talking cars and airplanes. I cannot talk this relationship stuff with the men because they can’t contribute to the discussion. This is foreign to them. I happily drank my wine and nodded along to what they were discussing. The ladies moved on to talking about, well, about whatever they talked about.