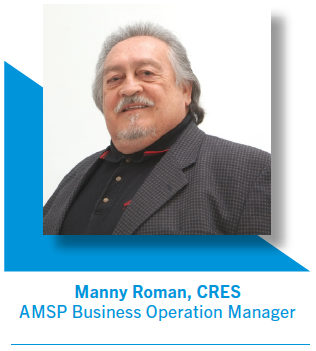 I received an email from Reader’s Digest titled “12 Quirky Habits of People Who Are Smarter Than Everyone Else.” Imagine my surprise to see my picture prominently adorning the heading of the article. Well, it was not there but it should have been. I implement most of the habits on a daily basis.

First the article admits that intelligence is difficult to define, however according to one professor it is the ability “to learn from experience, adapt to new situations, understand and handle abstract concepts, and use the knowledge to manipulate one’s environment.” Multiple research projects have proposed 12 habits that seem to be shared by highly intelligent people.

I nailed this one! Apparently a neat desk encourages conventional thinking with less creativity. The messy desk may be the result of enhanced creativity and focus which pushes cleanliness toward lesser importance.

Nailed it! Apparently people who go to bed later have higher IQ’s. They stay up later to take advantage of the reduced distractions. I may not be the guy working on stuff until late night however the studies did not eliminate watching TV from having high intelligence.

Man, I am on a roll! It seems that people who swear have larger vocabularies and verbal fluency. Knowing how and when to swear is part of emotional intelligence. Hit your thumb with a hammer and fluently verbalize to your heart’s content.

Imagine that, there is another reason for cold showers. Adapting to the cold water is energizing, decreases tension and fatigue, improves mood and generally enhances brain function and productivity. I’m in a cold shower right now to improve my writing skills.

The Sound of Chewing

OK, this one is a stretch. In a study, people who tested high in creativity tended to be unable to filter out irrelevant information. So, it is more difficult to concentrate with all the distractions around. However, these distractions may help to encounter new ideas that can be transformed into creative thoughts. People chewing with their mouths open really bother me. I hope that counts toward high intelligence.

Doodling apparently helps to process information, problem solving and memory. Doodling may be a good distraction to allow your subconscious to work on a problem. I do this only when on the telephone with important people.

In a 1999 study, scientists found that “incompetent people couldn’t recognize their own incompetence, which led to inflated self-assessments. This has become known as the Dunning-Kruger effect.” To recognize their incompetence, the incompetent need the very same expertise that they lack. Those with high intelligence realize that most things are complex and there is always a need for additional knowledge. I am a proponent of, “When you think you are done, take an extra step toward excellence.”

I love daydreaming. Daydreaming is the interruption of presence to allow the subconscious to work on a problem while you float away to irrelevance. This is the same effect as doodling except more fun. Hey look, a squirrel.

This is a sign of higher thinking, memory and perception skills. You must actually mumble or speak out loud. I talk to me often, but not out loud, I answer out loud however.

Apparently high IQ people were less happy when they socialized often. We need others but not all the time. We high intelligence people need more quiet time to doodle and daydream.

Yes! This I can and will do very effectively. Non-thinkers are much more physically active than thinkers. We thinkers do not bore easily with our own company while we ponder the meaning of life as presented on “Game of Thrones.”

I nailed this one, until I saw that it said “daily meditation” not “daily medication.” Meditation can actually increase IQ and the ability to be more creative, innovative and visionary. Medication, on the other hand can improve doodling, daydreaming, self-talking and couch potato-ing.