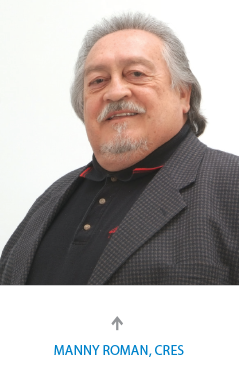 Have you ever been in the presence of someone who makes quick, decisive and correct decisions without analyzing the situation? These people just seem to know what to do. They may even say that their “gut” tells them what is correct. They have a heightened intuition about things.

I was studying an article that describes the role of intuition in decision-making. The article points out studies indicate that intuition outweighs analytical methods. The analytical methods have been shown to be ineffective in the real world. Reality contains challenging, confusing, complex, time-bound and high-stake decisions.

Research points out that intuition is greatest when a person is experienced in a particular field. Intuition is a direct outcome of experience. Experience allows us to recognize patterns in the available information and make appropriate judgments leading to the correct action. I was about to distill all this useful information for you in this article.

Then, I remembered that I had researched decision-making before and found the following.

While performing “research” on the Internet regarding decision-making, I came upon a quote from Herodotus that made my eyes perk up. Herodotus was the 5th century BC Greek who is credited with being the first real historian for his works describing the war between the Greeks and the Persians. This work is known as “The Histories” and was written “to preserve the memory of the past by putting on record the astonishing achievements both of the Greek and the non-Greek peoples; and more particularly, to show how the two races came into conflict.”

What made his work special is that it was based on research rather than on inspiration from the Muses, as was the works of previous writers like Homer. This work is full of great stuff, or so I hear, since I am not about to read it.

Oh, wait.  He specifically mentions “important” decisions. Would it not be important to decide whether or not a decision is important and thus require us to get drunk and follow the process? It seems to me that this is indeed a weird way to make decisions. It does provide for both emotion and logic to be used during the decision–making process. There are stranger, and possibly less effective, ways to make decisions.

We could consult horoscopes, palm reading, psychic hotlines, etc. We could resort to hope and fear when we can’t control the circumstances. We could attach special meaning to the most recent evidence or the known rather than research possible alternatives. Why not set up a committee? Won’t that arrive at a good decision?

As for me, I tend to agree with the famous Herodotus. I use this process myself, probably more often than I should. Some of my most important and successful decisions have been made using this process. I did not know that I was following a successful historical precedence established 2,500 years ago. My wisdom amazes me.

Unfortunately, Herodotus also has another quote that applies to me. This one hit home and brought me pain. “The worst pain a man can suffer: to have insight into much and power over nothing.” As wise as I am, as knowledgeable and loved, I have power over nothing. With all my talent, I should be emperor of the solar system.